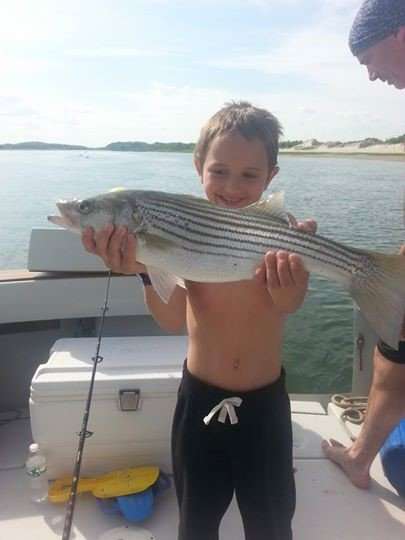 Received this picture from Sarah at Riverfront Marine. Sarah is Kay’s granddaughter and this is her son Stephen  and a picture of his first striper C&R. Way to go Stevo!

Stevo’s first fish Ever!  (well aside from mackerels)

it was SO big we had to open the Tuna door 😉

We were sent this picture and text from one of the guys on the beach: (YUM) 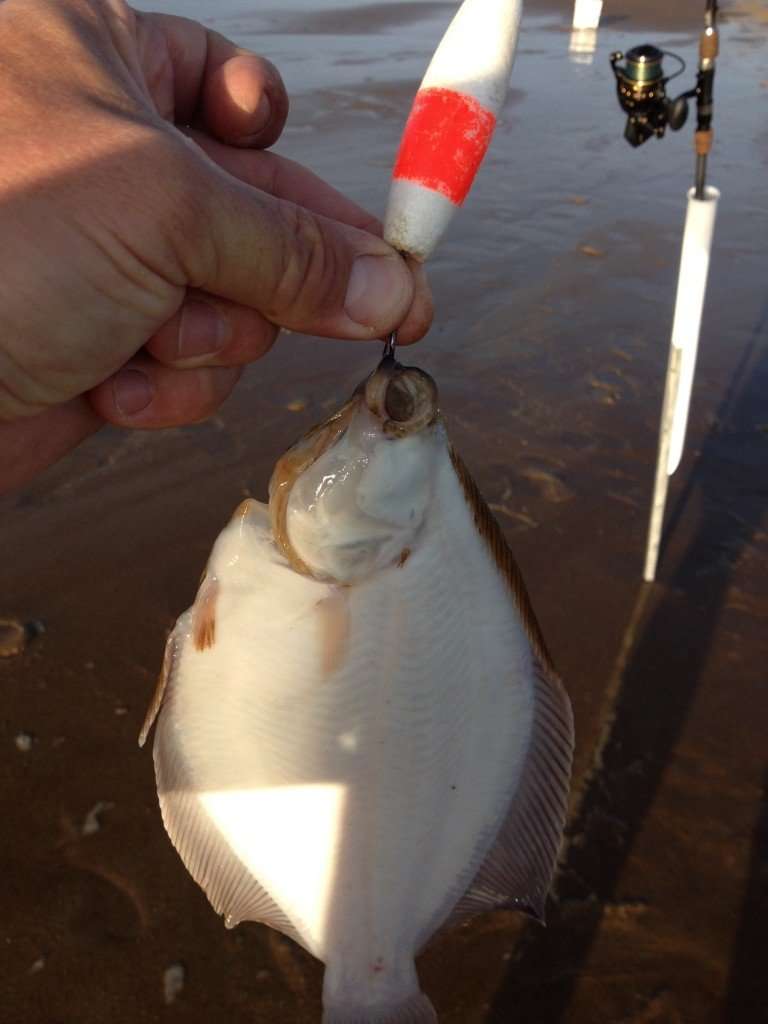 Striper action has still been pretty good along the oceanfront with the early early ones doing well throwing swim baits as well as the guys fishing the incoming tide later in the morning using worms and clams. The river….. I had a fisherman in last night saying that low tide late afternoon was great. Fish were busting everywhere. He was in 3 hours later to get some more bait.