Over the last few days we have seen a few fish caught on either worms or clams during the low tide in the river. Some days the action has been hot and other days, like today, we only heard of a few fish hitting. Boston Dave reported catching 2 fish this am. Some guys aren’t seeing the fish start to hit until after the tide turns……so never give up the fight at dead low…………..always wait for the tide to turn and start coming in!

6/9 – Here’s Nick Fowler from Boxford again. He has caught the fishing fever! He was fishing the southern end of the island and caught this 15-3 on clams. 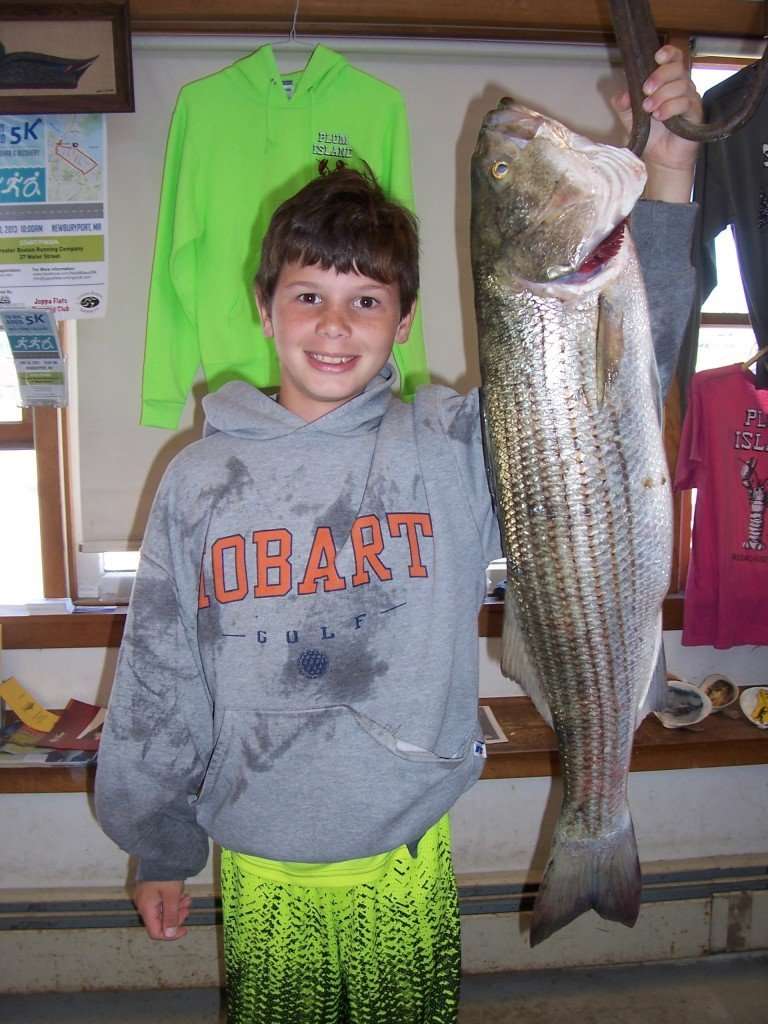 6/9 – Master Bagpiper Mike Rennie from Manchester NH caught this 7-12 on clams in the MR. He said he didn’t do anything until the tide turned to come in and that’s when the fish started biting. 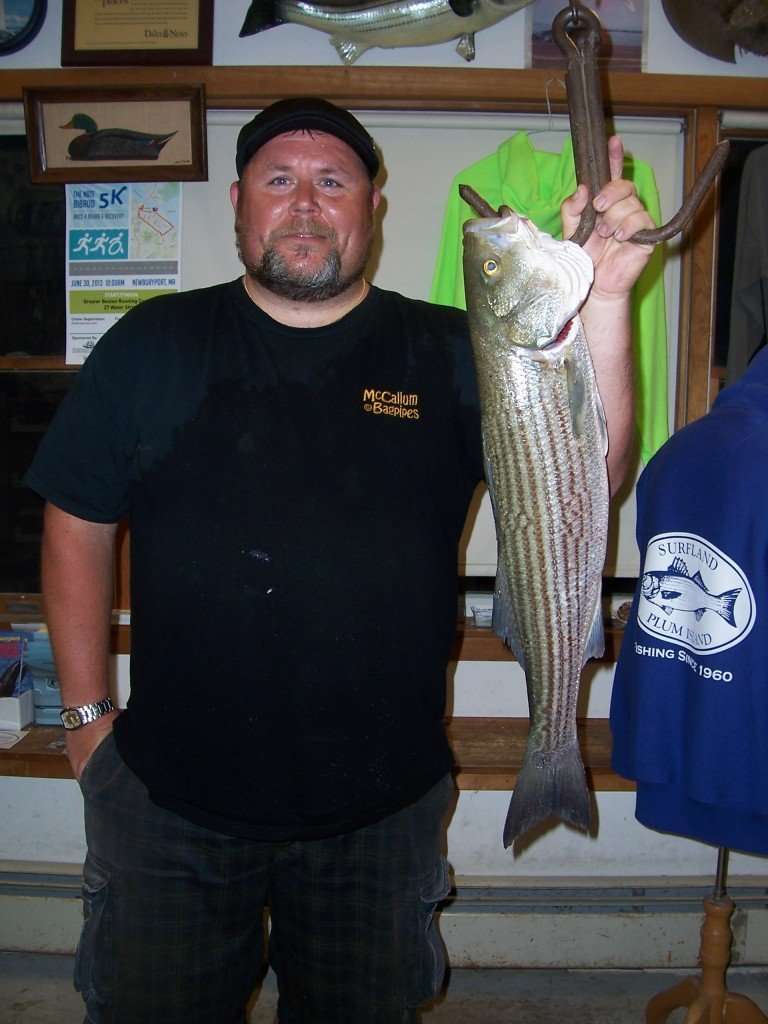 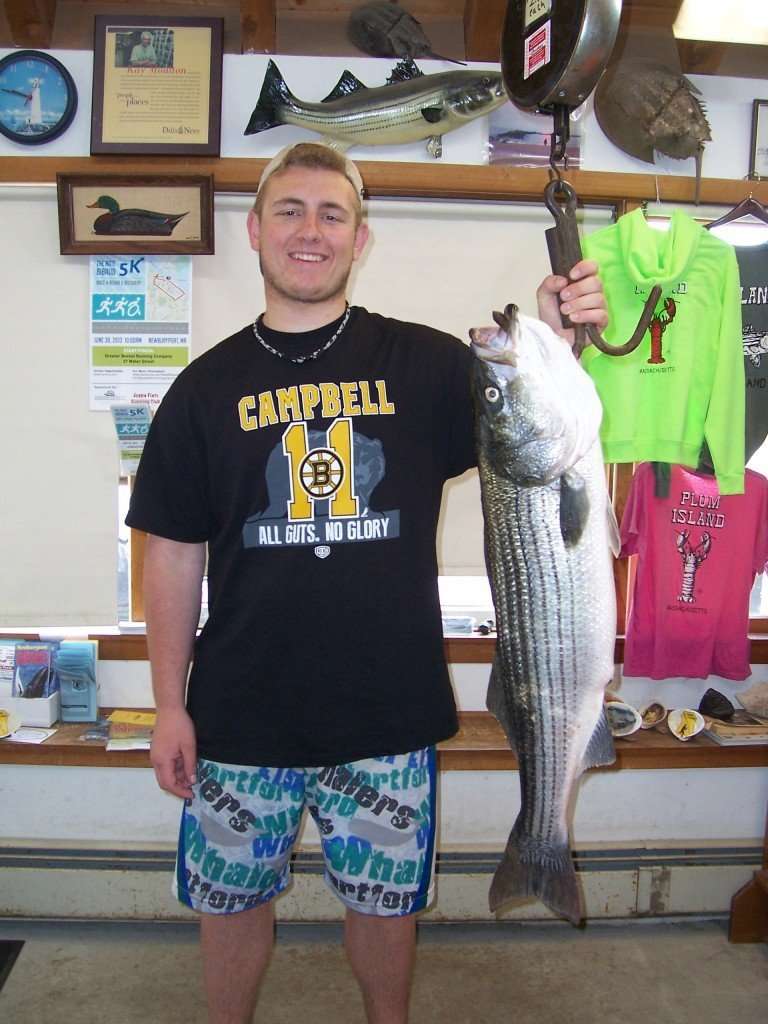 Along with Scott Tyler and his 8-4. 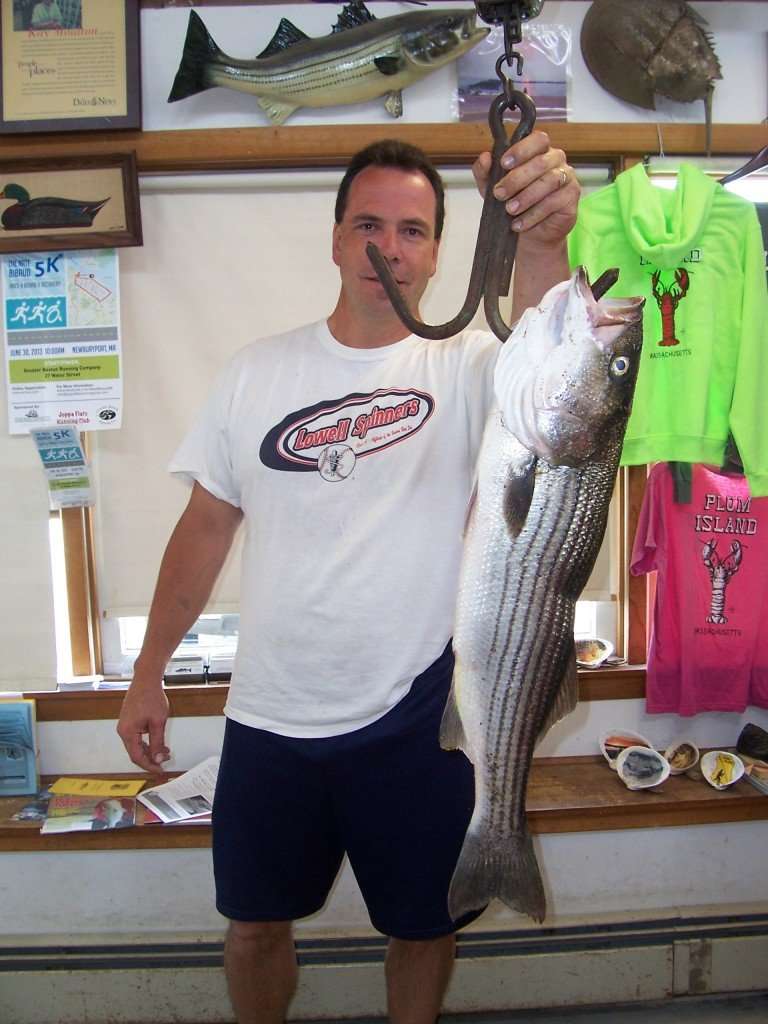 And yesterday we had Bob McCowan from Newbury who braved last nights weather and hit the outgoing tide in the Merrimac River and “caught the biggest fish he has ever caught” . It was a beautiful 16-9 pounder that he caught using a Bill Hurley’s Cape Cod Sandeel.  Excellent! 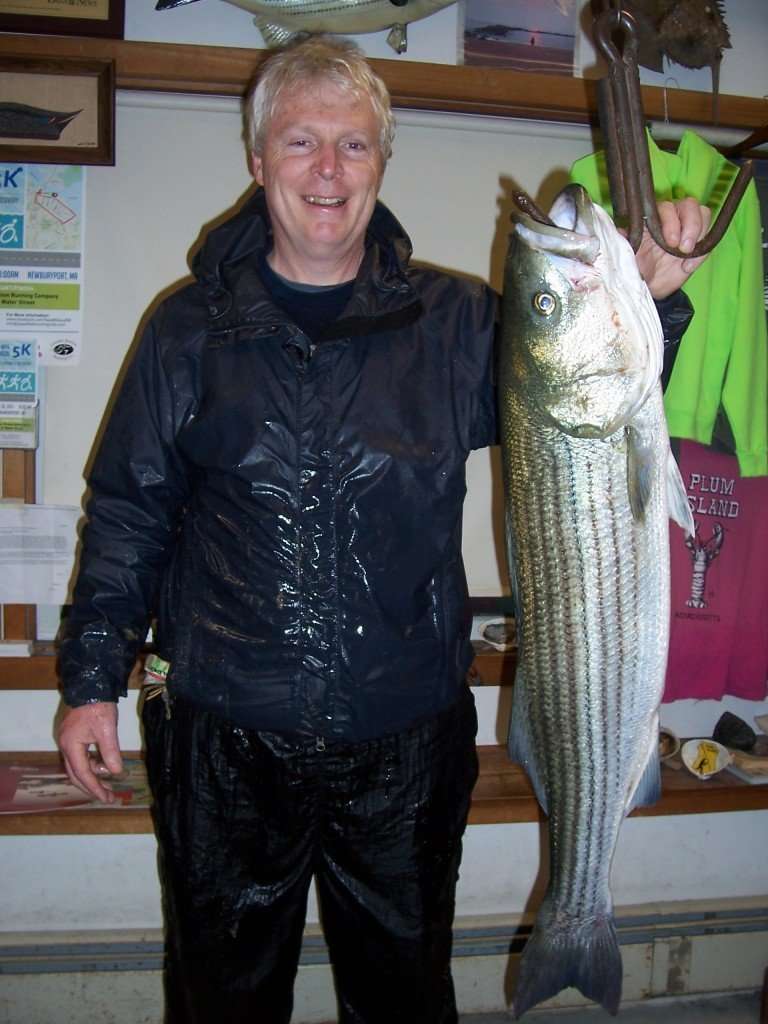