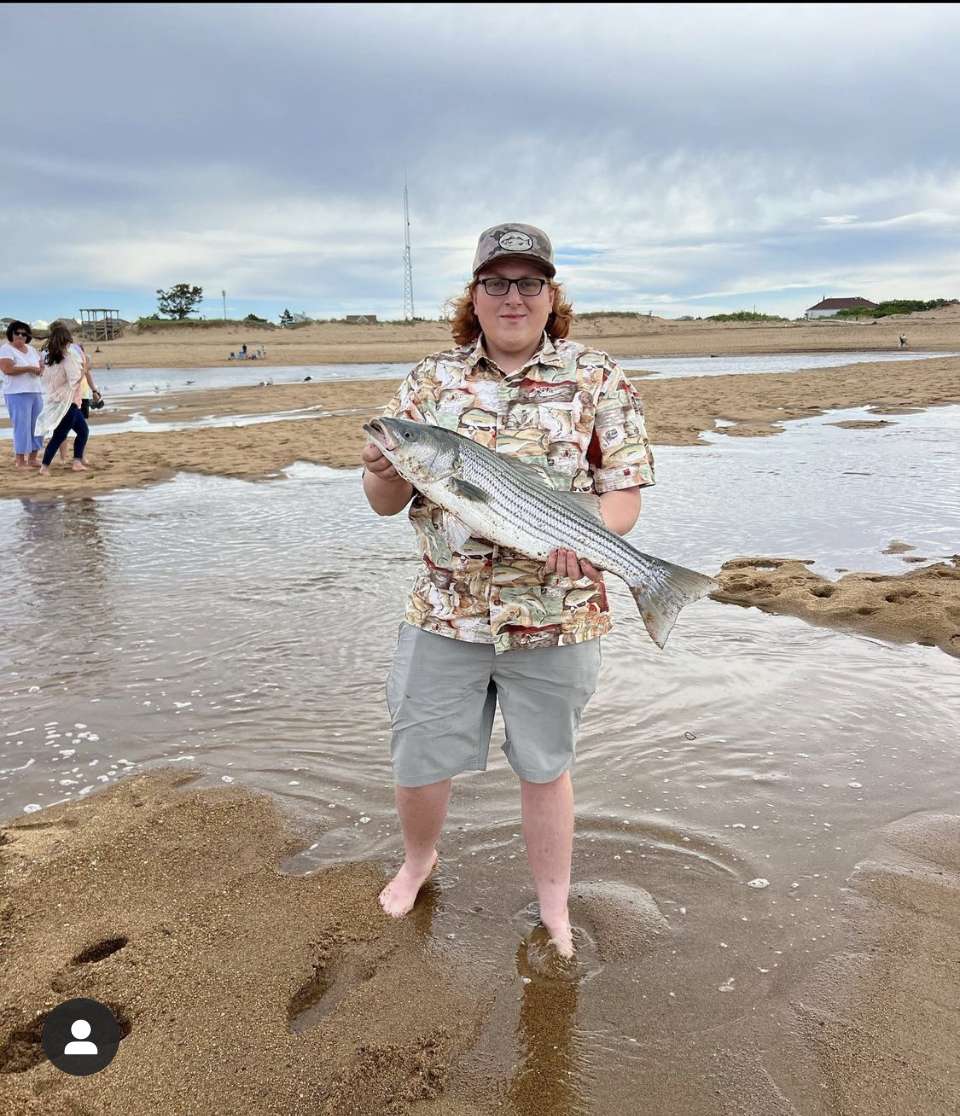 Let’s start with how fantastic the fishing has been. And it just hasn’t been all in one place. The whole coastline has been pretty consistent with people doing well up and down the coast. Joppa Flats has exploded, but June is usually always a big month for striper activity there. If you aren’t tube-n-worming, you are throwing soft plastics or some other top water action lure. Bait along the front beach has been productive this past week. High tides were occurring before, during, and after sunset so the heavens were in alignment for fishing the open beach. Mackerel seemed to be the most popular choice this past week with clams and worms tied for the next slot. We heard of many “over slot” fish caught the last few days. Yesterday the action was almost non stop in the river for the afternoon. Jason Bumgardner from Sutton and company were in for a day of action. They meet up with Mike from the shop and hit the oceanfront for the morning incoming which wasn’t that productive for them unlike others, but all that changed later in the day…..

After meeting Mike at Surfland, my son, brother in-law an myself grabbed some bait and hit the surf  trying to catch the high tide bite. Unfortunately the morning didn’t bring us much luck. After considering some of mike suggestions we made our way over to the beach at the mouth of the river. The tide was really kicking our butts. Just about 2 hrs before low tide our whole day changed. Started with me pulling in a nice 28.5 inch fish. Followed by son who stole the show for the day. His fist day stripper fishing he landed a nice 29.5 inch fish along with a nice 32 inch fish not to mention the small schoolie he picked up at the end of the day, just to rub it in. Great day! And very grateful for the help and guidance from Mike and Surfland!! I get the feeling it won’t be long before my boy starts asking when do we get to go back!!

Some other pictures from happy fishermen who fished the mouth of the river. Dylan, Tyler, and Zach (the stylish one in the bunch!) from Litchfield NH come just about every weekend to fish during the season and were rewarded with some fish all in the 29″ range. Can’t think of a better way to spend the weekend then with some best buds and fishing. Some released, some taken to be cooked up as reward for a great day of fishing. Congrats boys! 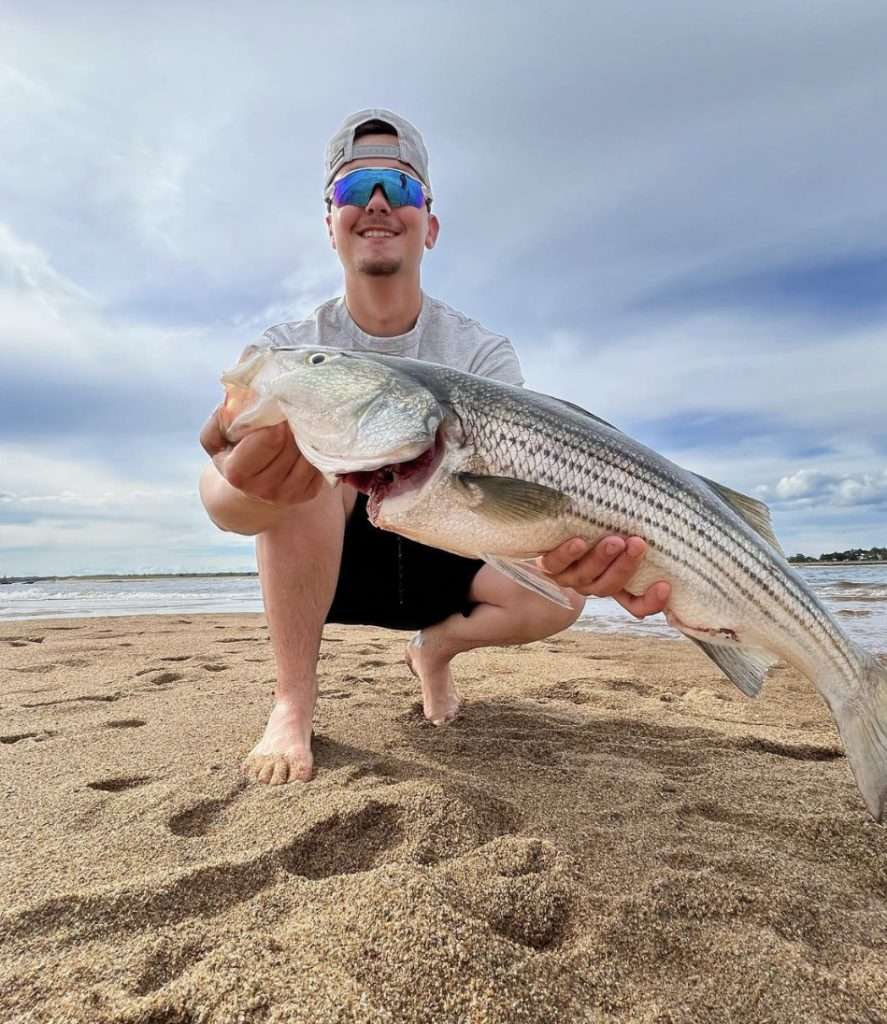 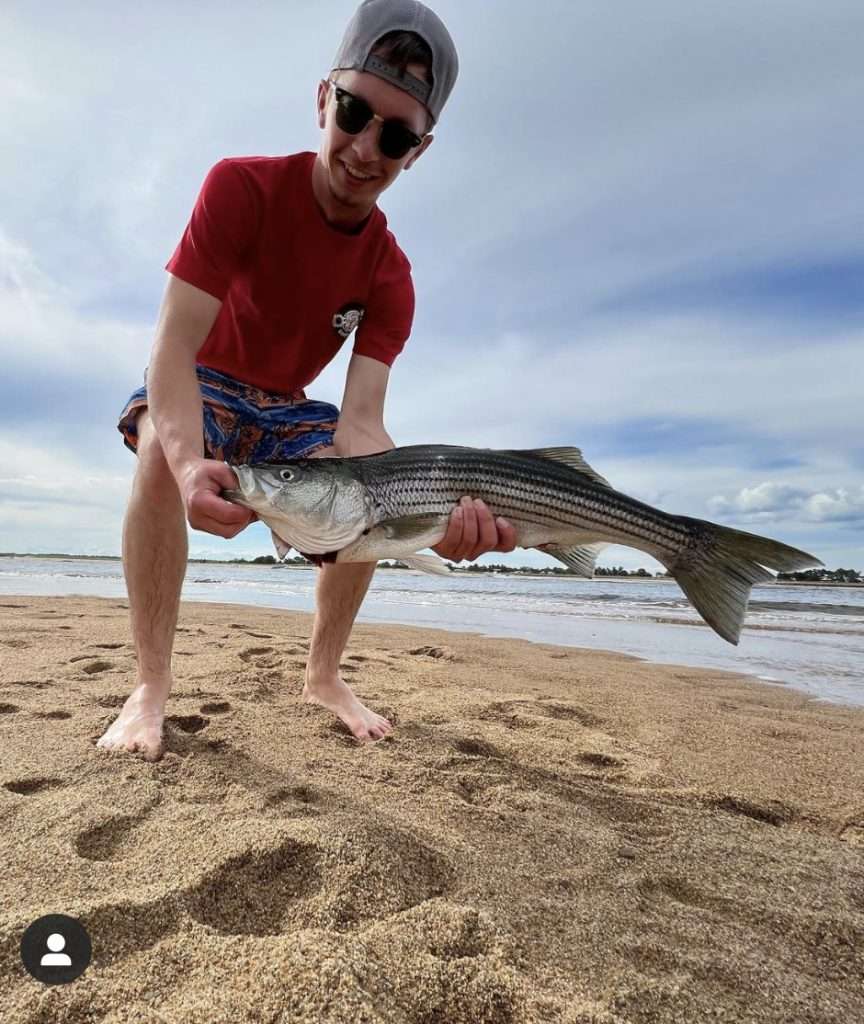 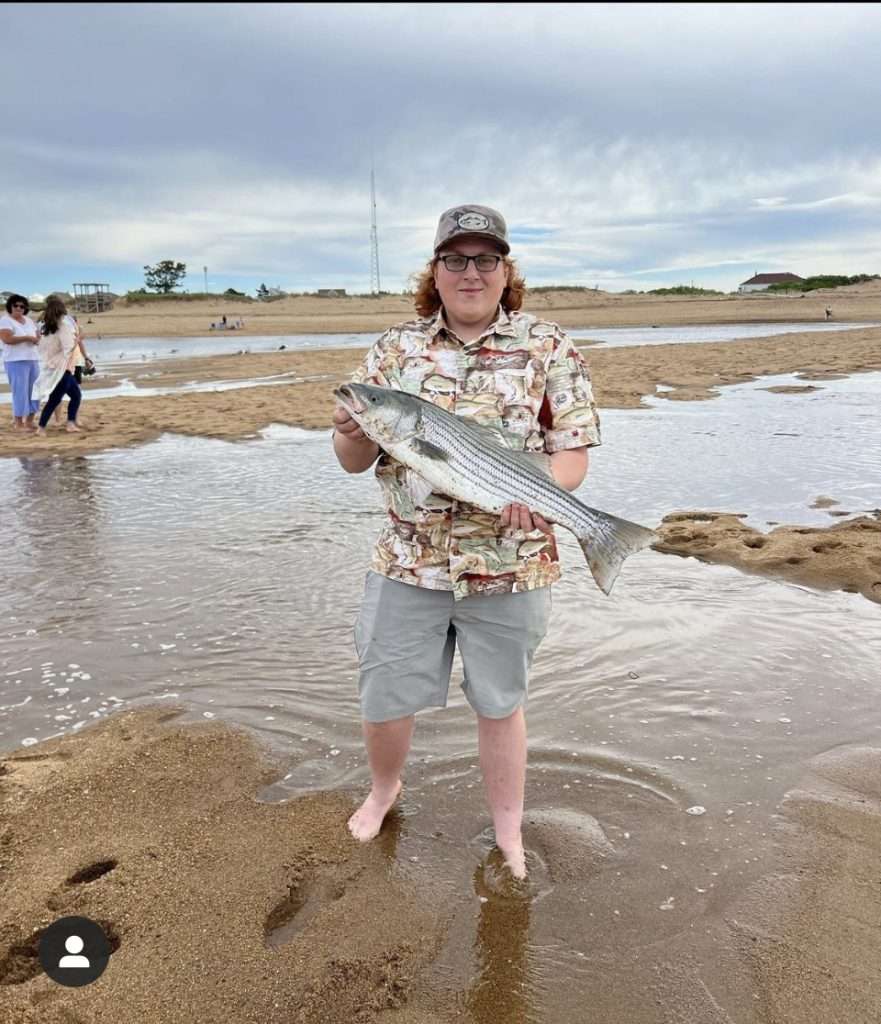 Too Big To Keep:

After working pretty hard to jig up some mackerel we drifted the Salisbury jetty inside the mouth at the top of the tide into the out going. All fish were over slot size, great fight. All were released safely to swim another day. They hit the live mackerel line a freight train. Tyler and Andres. Thank you! Tight lines! 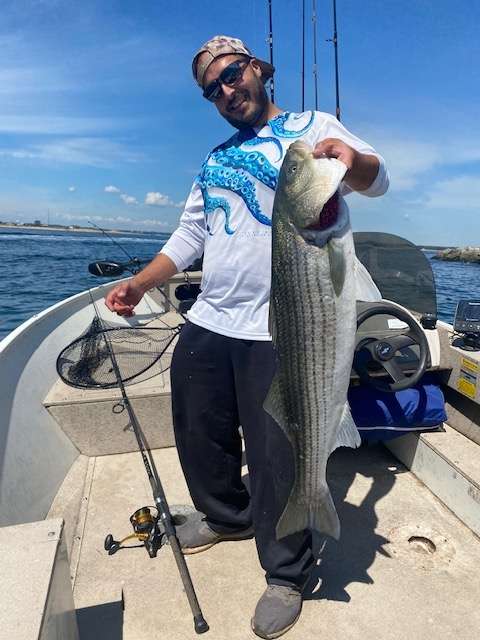 *side note: Tyler’s comment about working pretty hard to jig up mackerel. That is the truth! We have heard from many of the local boat guys that they are working extremely hard to find and get enough mackerel to fish with, let alone extras to bring us for bait. It’s the story everywhere around here. The mackerel seem to be offshore, out of reach for many fishermen. We are working hard to find some fresh mackerel, just need a little help from the fish gods.

Well that is the report for today. Again, the fishing isn’t just hot here on the island, others in their own areas are doing just as well. You don’t have to travel just to Plum Island to find the fish. Explore your local areas if you are close to water, but if not welcome to Plum Island!