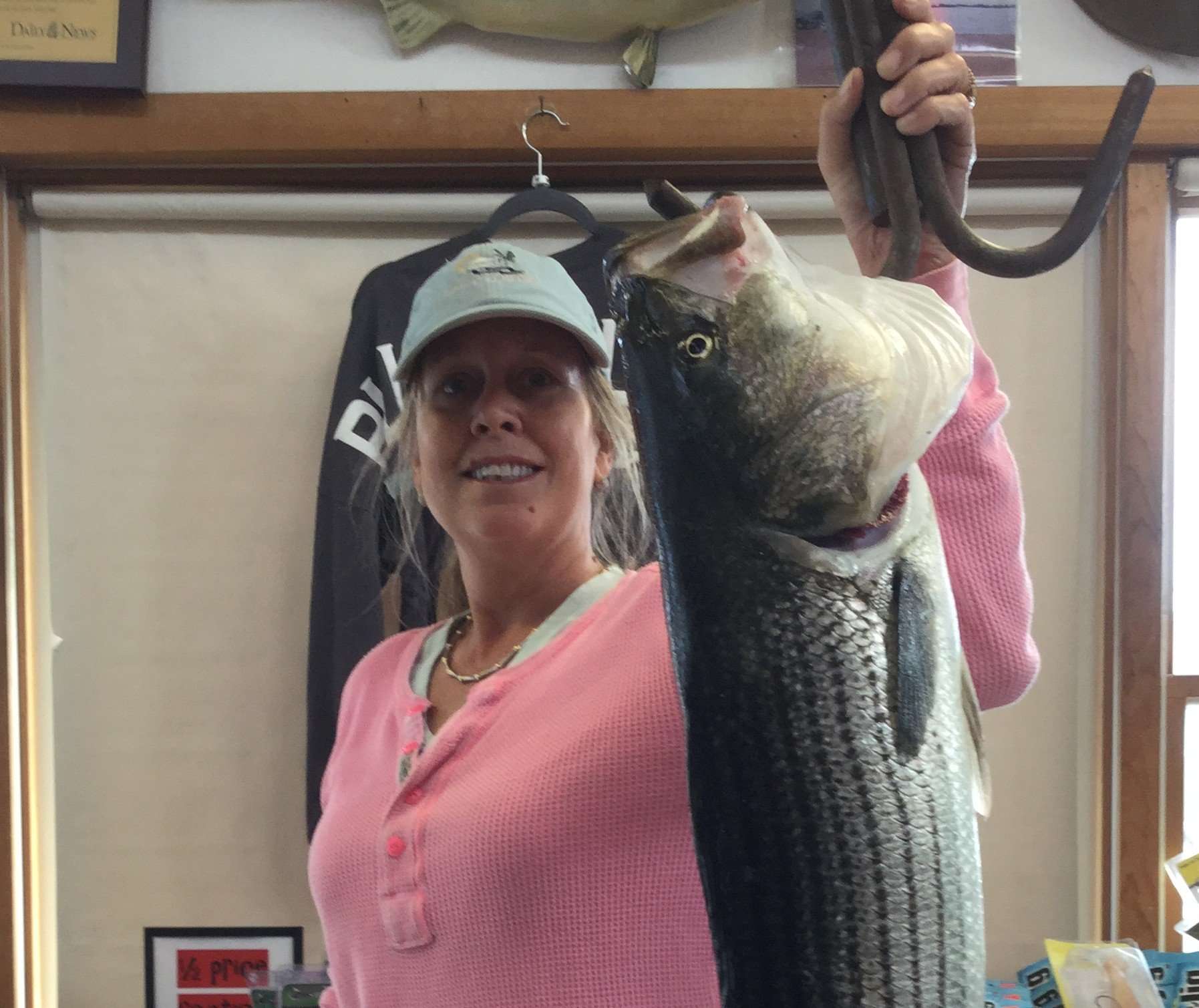 Posted at 15:13h in Uncategorized by Liz Cowie 0 Comments
0 Likes

Plum Island Girl Amy Damelio went out in the boat Sunday morning and landed this 35″ fish with the old tube-n-worm! Amy and her deckhand took the boat out into Joppa Flats for the morning tide. They fished the top of the tide and the start of the outgoing. During the start of the outgoing is when she caught this 15-2 pound striper. They also caught 6 other fish, all in the 24″ plus range. 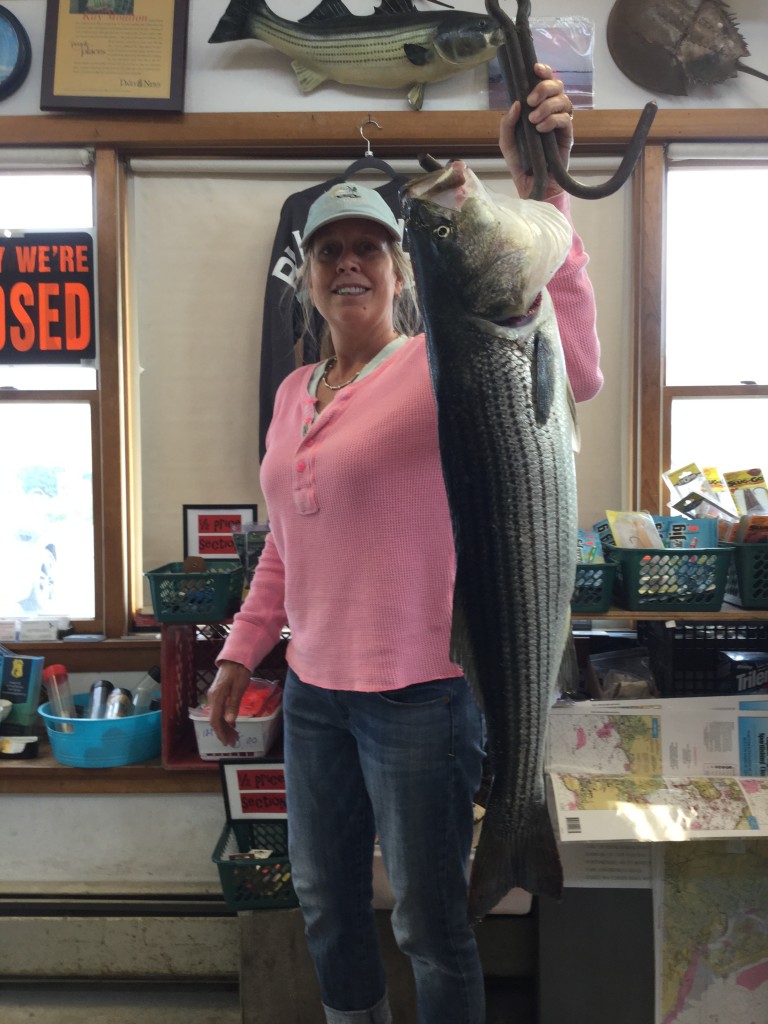 After Amy’s fish we had John Healy from Melrose, MA came in with his catch. He used an SP Minnow and fished along the oceanfront when he hooked into this 20-5 pounder.

Now if you have headed here since Sunday early in the day you know that it’s been hard fishing. Sunday the wind kicked in hard from the NW and the fishing has been tough since then. Tough but not impossible. We had a few fishermen in and around the island that have done well. Fishing the mouth of the Merrimac River has been the hardest spot. The wind is in your face and it was very hard to cast into. However, that said, we have gotten a few reports from the guys that like to fish mackerel off the jetties. They have been doing well. Didn’t confirm what side they were fishing into, river or ocean side, so if you go out there to fish, fish both! The oceanfront has produced some small fish for the bait guys. We have sent some guys to try their luck at Sandy Point since the wind would be more to their backs down there and got a few reports of some small fish being caught there. So, lets hope the wind dies down soon and we can get back to the action!