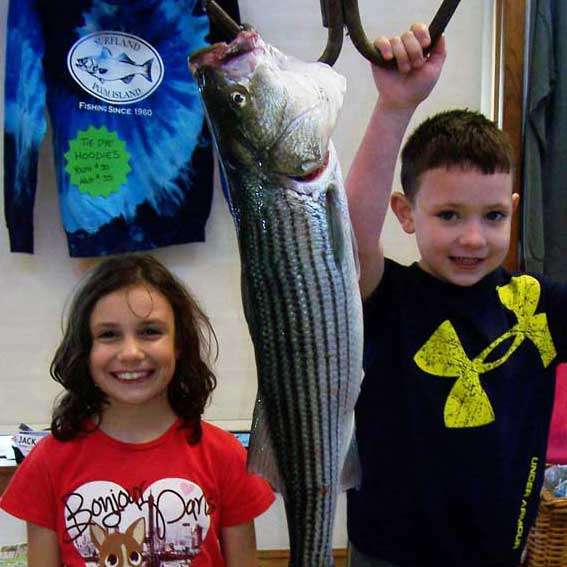 Well this weekend ended up being slower than last for some. The weed played its part in frustrating some of the fishermen, but we did see a few small fish come into the store.

John Cherubino and his daughter Dea along with Dan Delagallo all from Granby CT were up along Seabrook Beach using mackerel when they caught these fish that weighed from a little over 7 pounds to a little over 9 pounds. Fish on the barbie tonight guys! That’s the fish fish we have heard about caught on mackerel. That might be because we have finally heard about some macks out at Breaking Rock and Speckled Apron. We received a few fresh mackerel from one of the charter boats and they were a mixed bag of tinkers and med/lg sized ones. 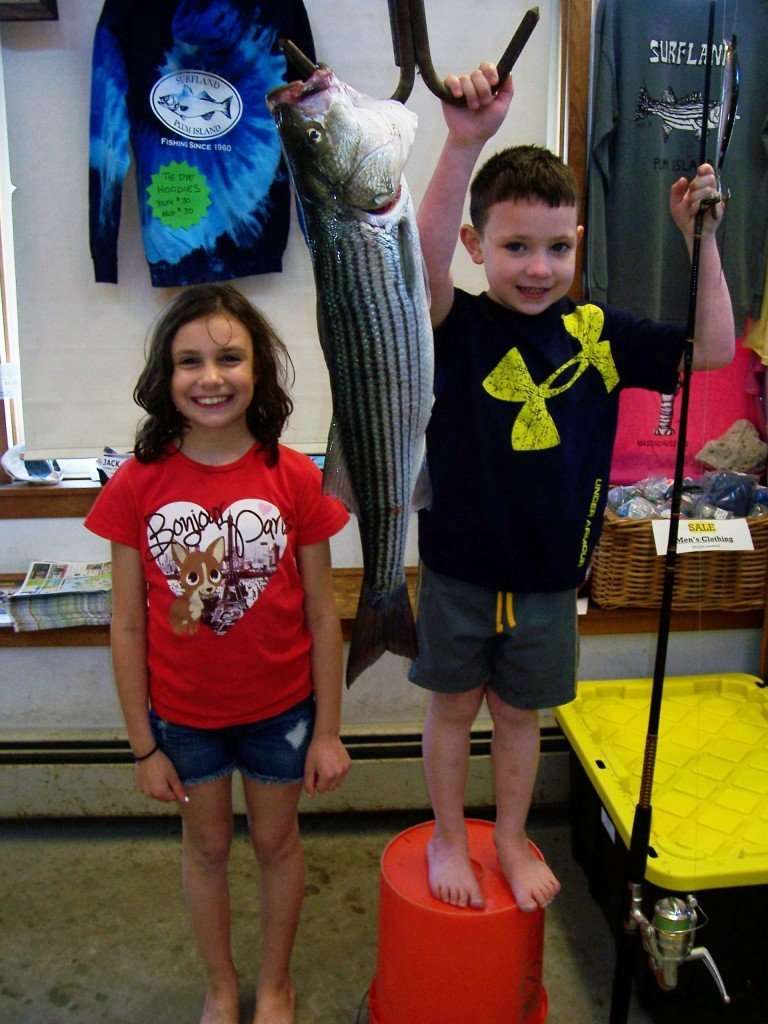 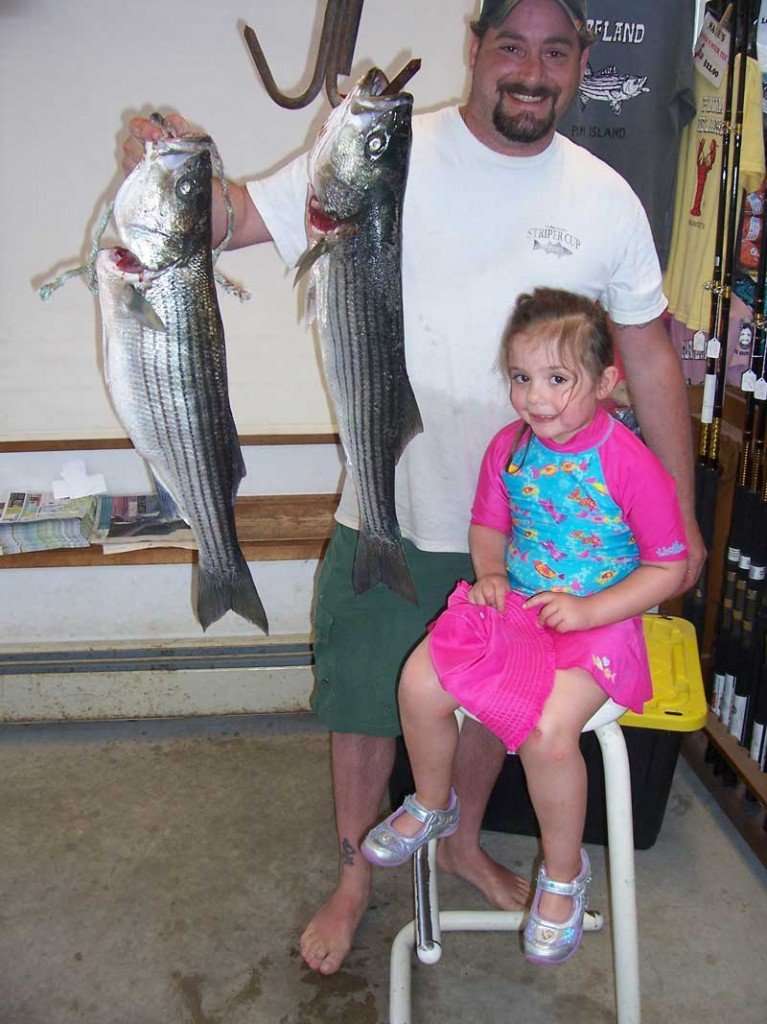 And just now we had Nathan & Sara Banaszek from Bedford Ma ( Dad is stationed at Hanscom Air Force Base – big shout out to you sir!) He and his family heard about the fishing on Plum Island and came up for a day out. The fish weighed in at 8 ½ pounds and was caught along the oceanfront not far from the shop. The kids were using an SP Minnow. So, it was just around the top of the tide to the start of the outgoing. 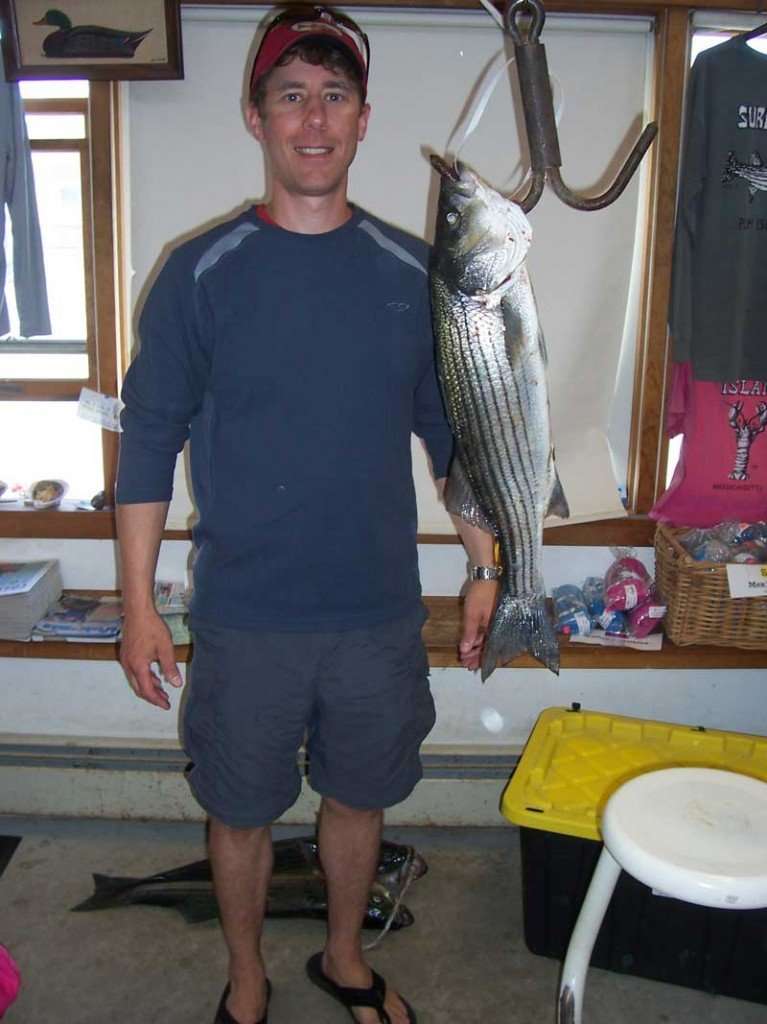 Also got a text today from one of the regulars that fish parking lot 1 on the PRWR a lot. But this weekend he was in the river:

Can’t report of any flounder yet, sorry!

Stormr Surf Tops and Casting Gloves are now in the store. Also a few other pieces like the Fusion Jacket & Bib. They have been a big hit so far. Come check them out! 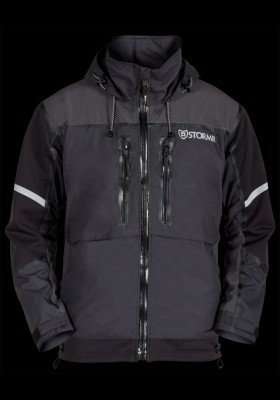 On The Water Striped Bass Schools

Cool photos from On The Water and Wayne Davis of migrating Stripers.
See them all here: Unbelievable Aerial Photos of Striped Bass Schools 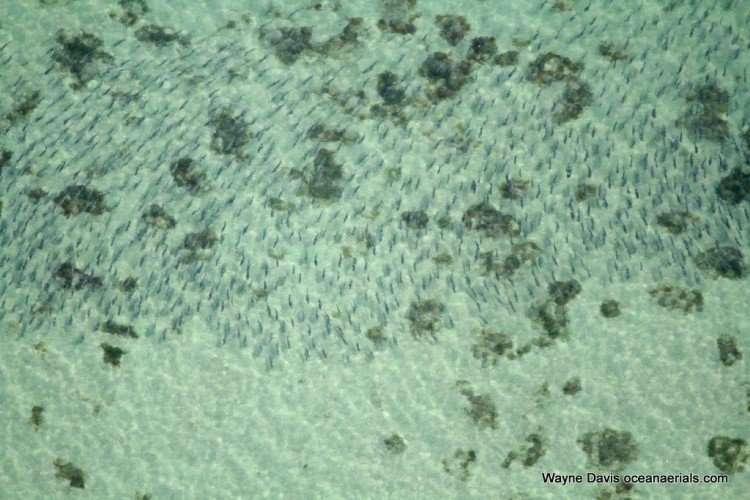