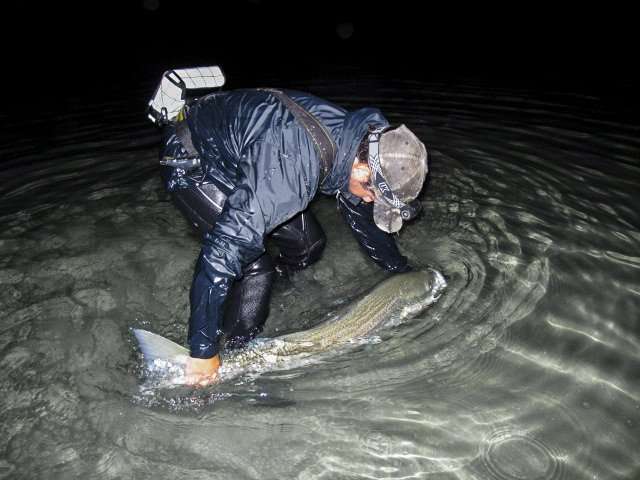 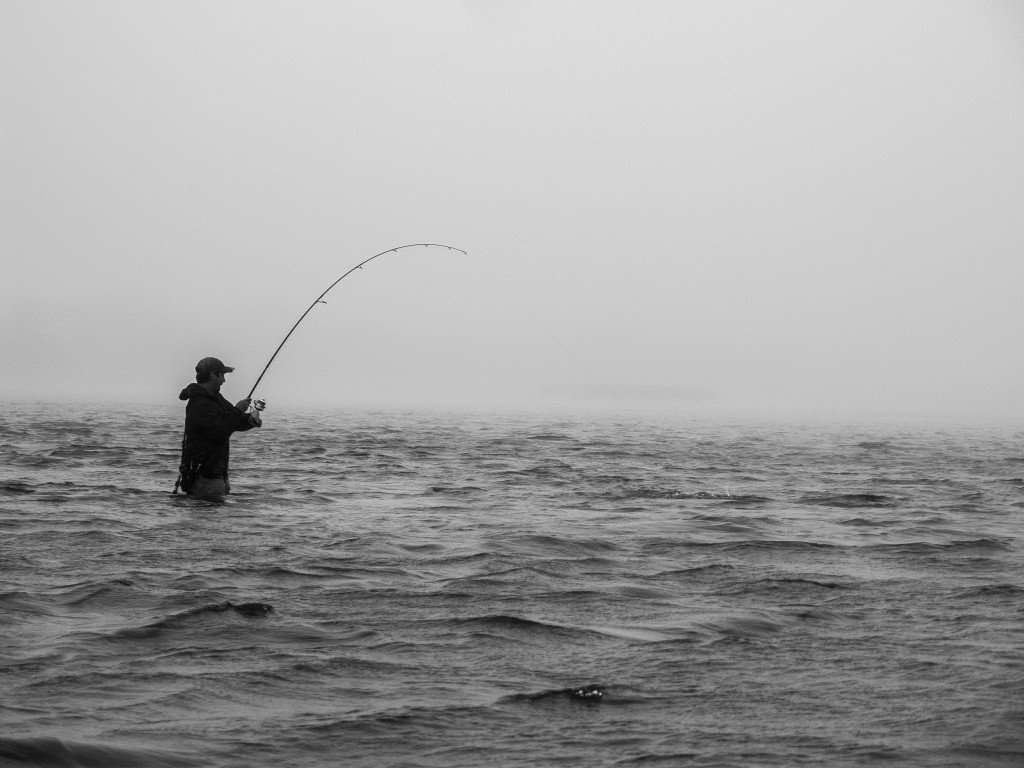 Sorry it’s been a while since my last report, June was an extremely busy month for me both guiding and working on the charter boats. If you like catching schoolies and small fish, this June was a banner one. I honestly have never caught so many fish that were in the 8-12″ range. Both along the beachfronts and in the back marshes, they were everywhere for the last few weeks of May and first couple weeks of June. We did see a nice push of fish in the 25-35″ range a few weeks back and although that school has since dispersed, there are still some around. If you are looking for big fish, things have been much more challenging. I have been hitting all of my usual spots hard and a few new ones which should traditionally hold good numbers of decent fish this time of year, with not too much to show for it. Although it’s been pretty slow going (for me at least) there are some quality fish around. You just need to put in some hours in order to find them. Plugs like mambo minnows and redfins, as well as the all powerful eel have been the ticket after dark. With the water temps on the rise hopefully we will start to see a lot of the big fish that have been up in the rivers start to dump out and start moving along the beachfronts and things will pick up.

We did catch a bluefish on one of the boat charters that I worked the other day aboard Obsessed Charters (www.obsessedcharters.com) so keep an eye out for those yellow eyed devils over the next week or two. 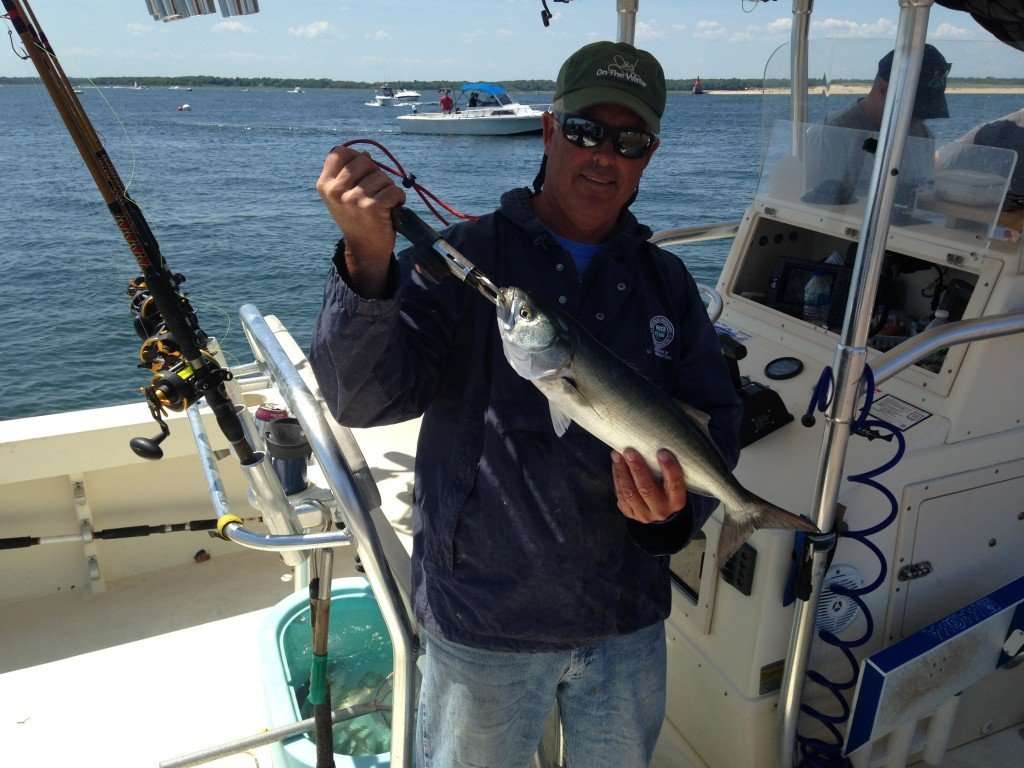 Here’s a couple decent fish from some of my surfcasting customers this month: 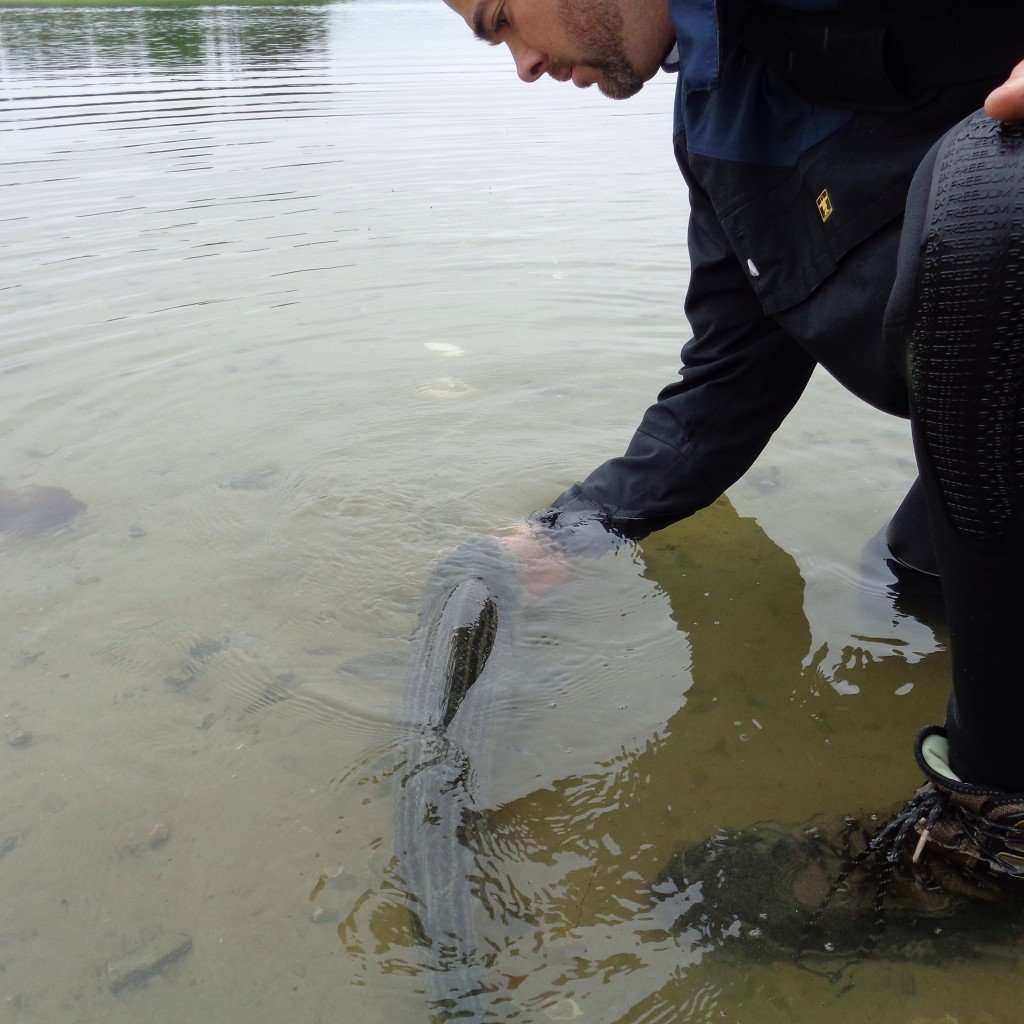 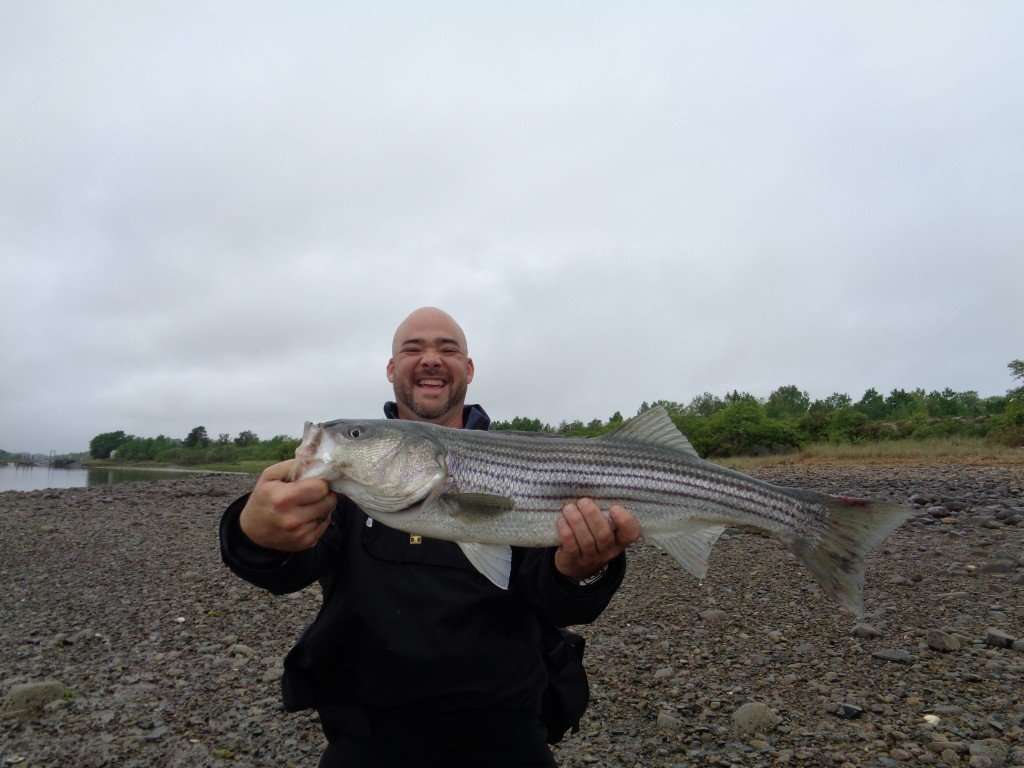 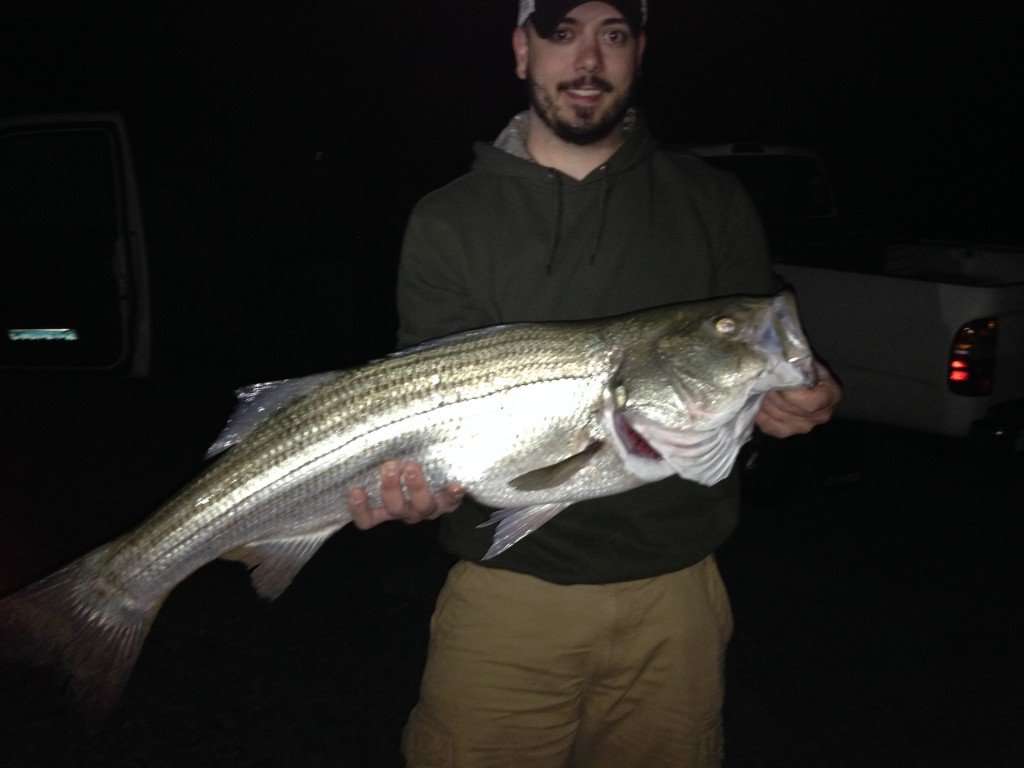 And finally a few catch and release photos from myself and my buddy Mike Azevedo. Mike put in some serious hours with me last season and took a few tough skunkings. Well he made up for it a few weeks back and put on a clinic one night while me and another buddy took our respective skunkings. Mike caught and released a new personal best 46″ beast that easily went 35lbs, along with another fish a short while later which was about 41″ and in the mid 20lbs range. Both fish were caught on lively eels retrieved very slowly. A few nights later I finally redeemed myself with a nice 42″ fish and another right around 37″. 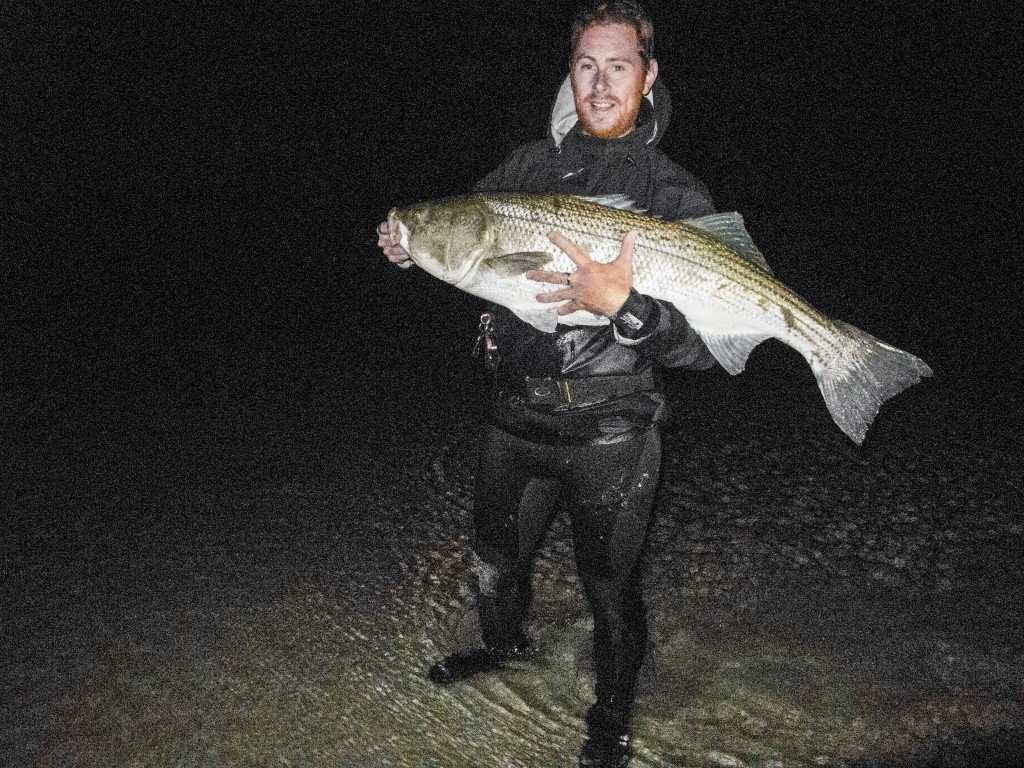 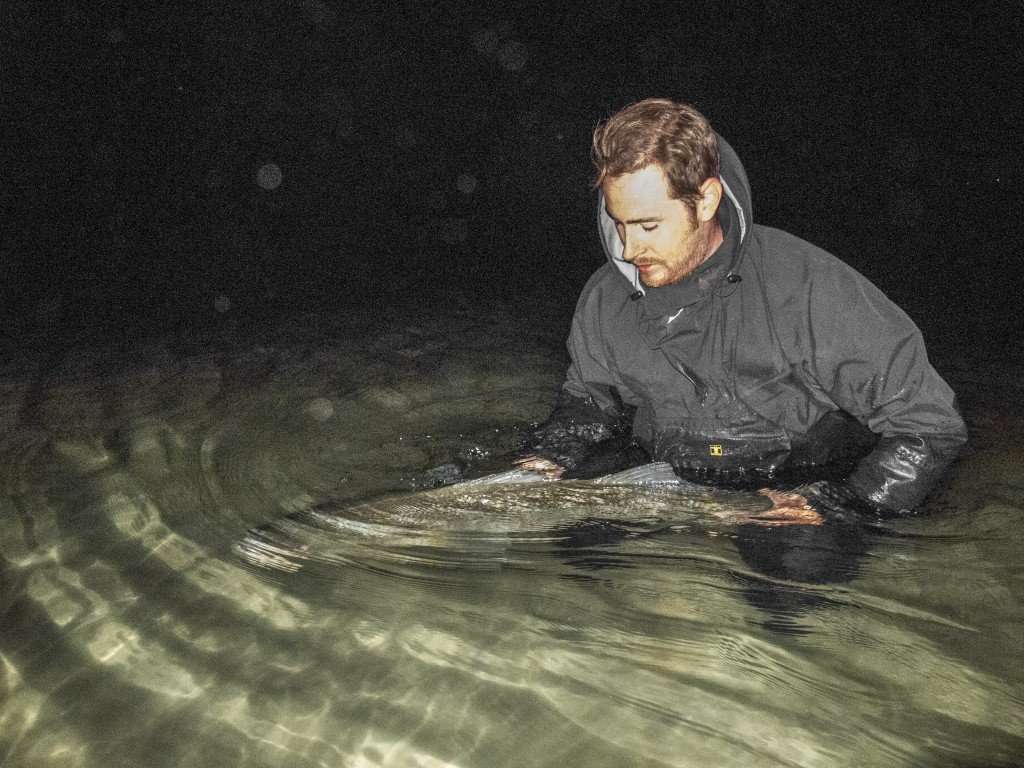 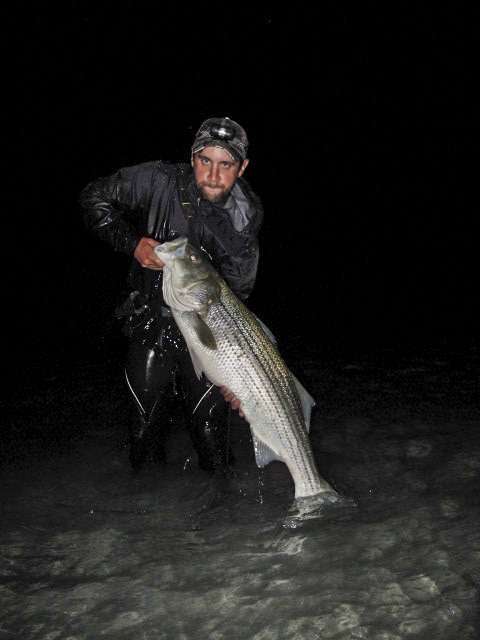 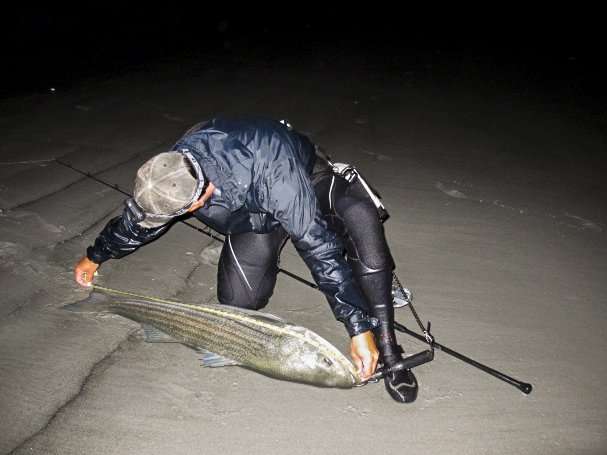 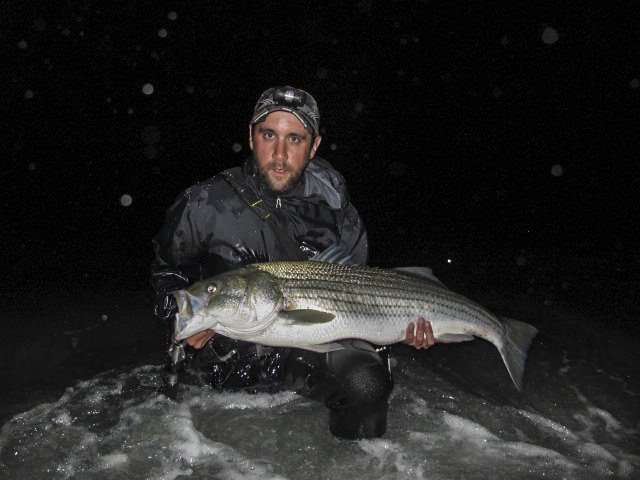 For information on booking a surfcasting trip and updates throughout the season head to:
www.pisurfguides.com