Ok, so I’ve been busy working instead of fishing, and I’ve been a bad boy about posting the photos our great customers have been sending, along with those we take in the shop. So here we go, a big collection of images I haven’t got around to posting. 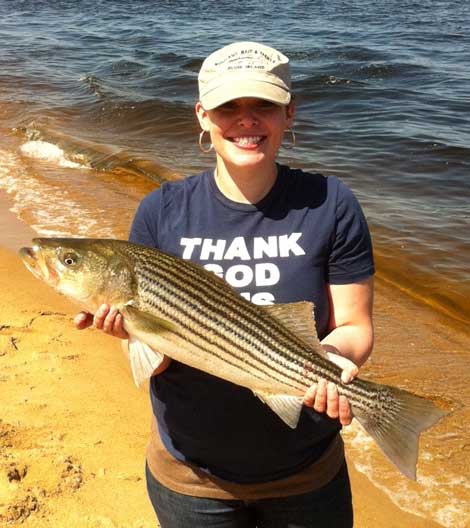 First off is Lisa Mokaba. We send out tardy birthday wishes to Lisa, who is one of Surfland’s biggest fans. She is regularly Tweeting on our behalf. She wrote, “I caught this 28 inch striper on Tuesday, June 21 (my 30th birthday) right at dead low tide with seaworms. Was surfcasting with my dad and cousin, Shuan.” If you’re a Twitter user you can follow Lisa as @LMokaba and her dad as @emokaba. They both tweet fishing reports too.
. 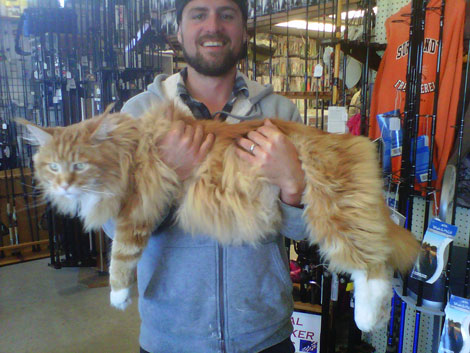 We’ll start off with our cat, Mackerel, who has been growing with the speed of a teenage boy. Though we can’t get her on the scale, (seems to be afraid of the big hook), we figure she’s about 35 pounds now. Maine Coon Cats are big, and ours is enormous. Holding the monster catch is Scott Cruikshank, a Newbury resident.
. 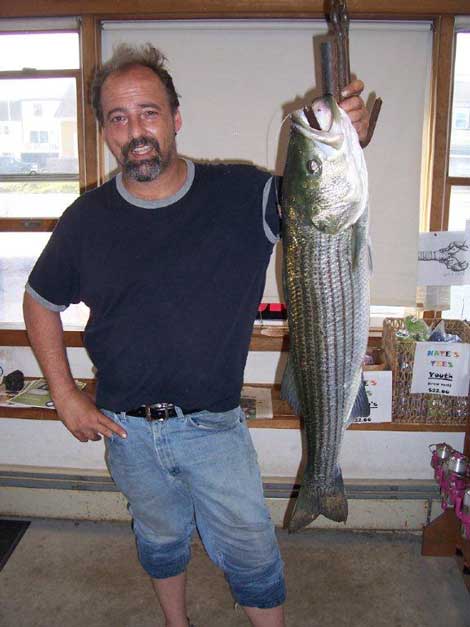 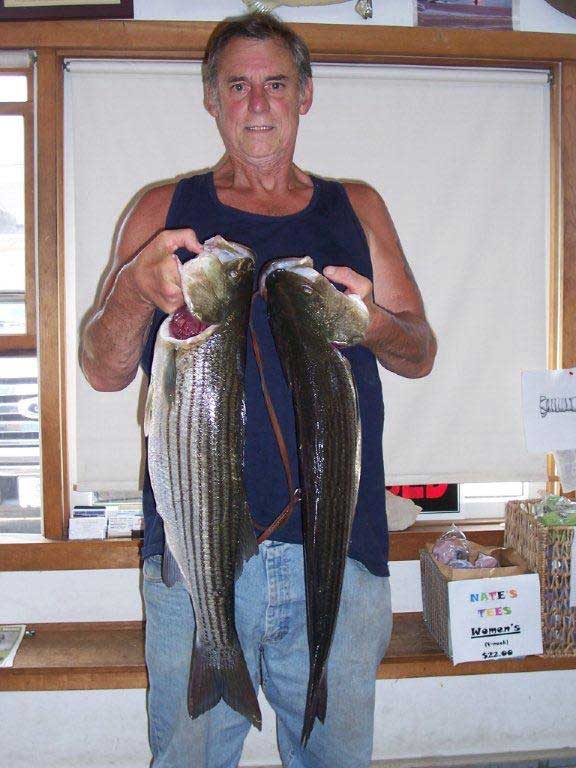 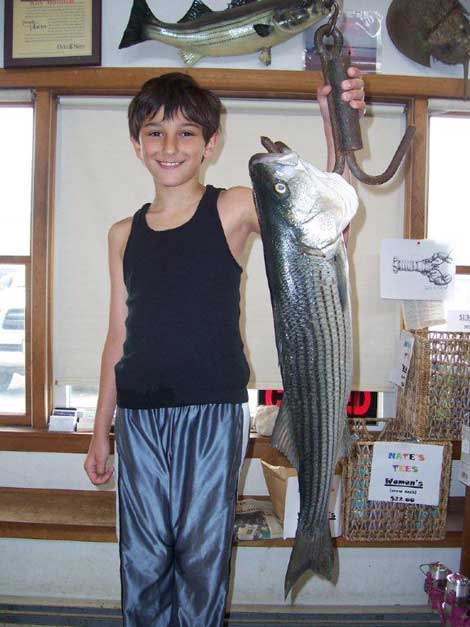 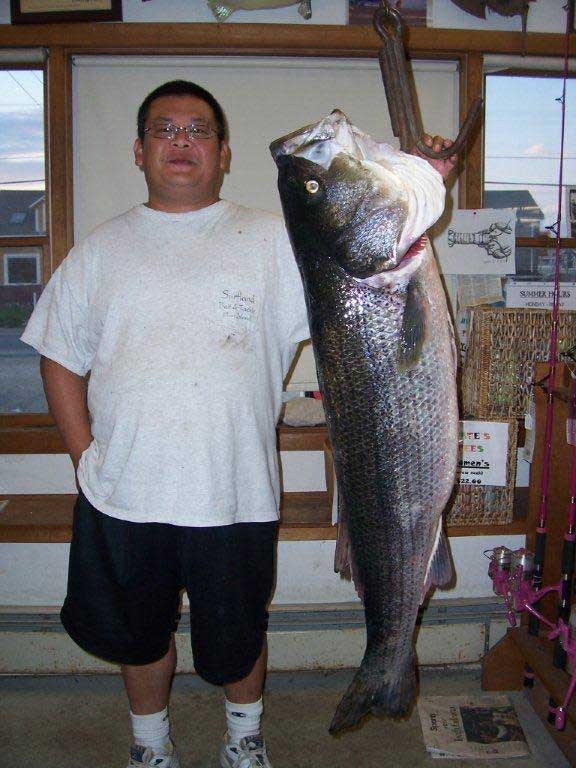 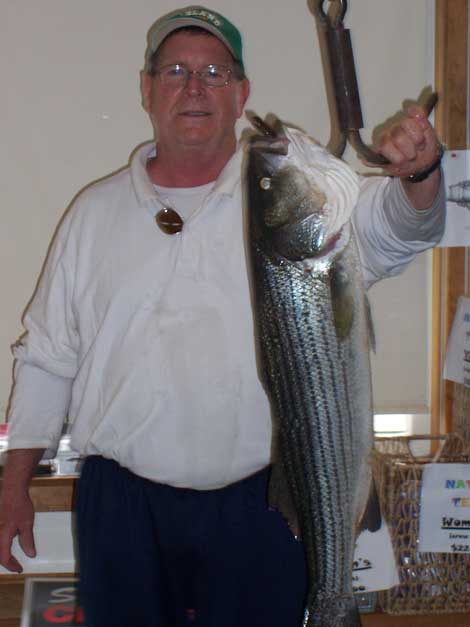 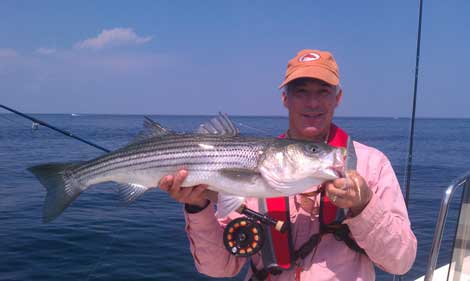 Steve Kerns is one of our steady fishermen. He’s a fly guy and does really well. This was from the mouth of the river on June 17. Released along with another 10 keepers or so.
. 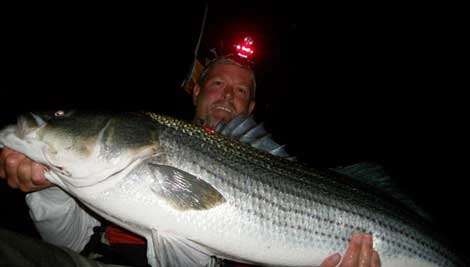 Mark N, the “Gorilla Killa” is a kayak fishermen from round here. He writes, “Great job with the pictures and reports! Surfland rocks! Here’s a picture of me, mark nelson, with a 43” off my kayak. Let it swim.”
. 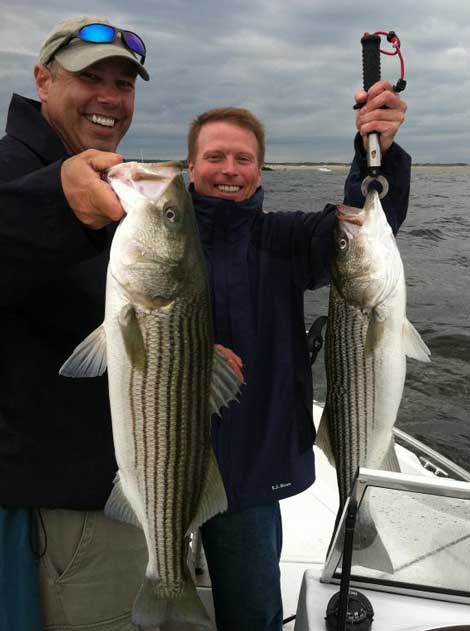 Mike Christopher sent this photo on June 23 and says, “Jim Osborn and Steve Marshall with a pair of keepers, one of many “doubles” we had on live macks……”