My apologies for not having a post this week. Sometimes things like work get in the way. Can you imagine that……nothing should get in the way of fishing! Or posting about fishing! But, this week there didn’t seem to be as many of you fishing as usual for one reason or another. We did get a few fish in duringthe week from various spots.

June 22 Warren Perry was in in the early am with this 12 pound (32″) that he caught on an SP Minnow just 10′ from the shore. So when we say “they in the wash” they are in the wash! Ever notice sometimes how close the boat fisherman are at night to the beach. That because they know that the fish like to run close to shore. 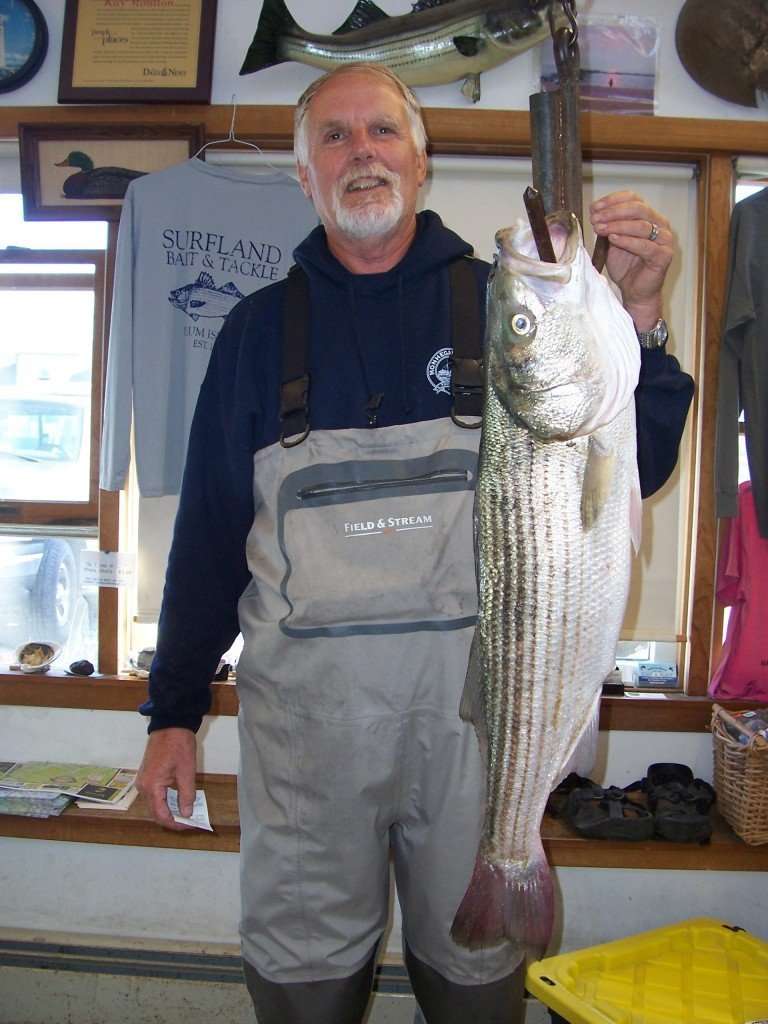 A bit later on Steve LeBlanc tried his luck in the Plum Island River on June 22 and got himself a nice 19 pounder on sea worms during the incoming tide. 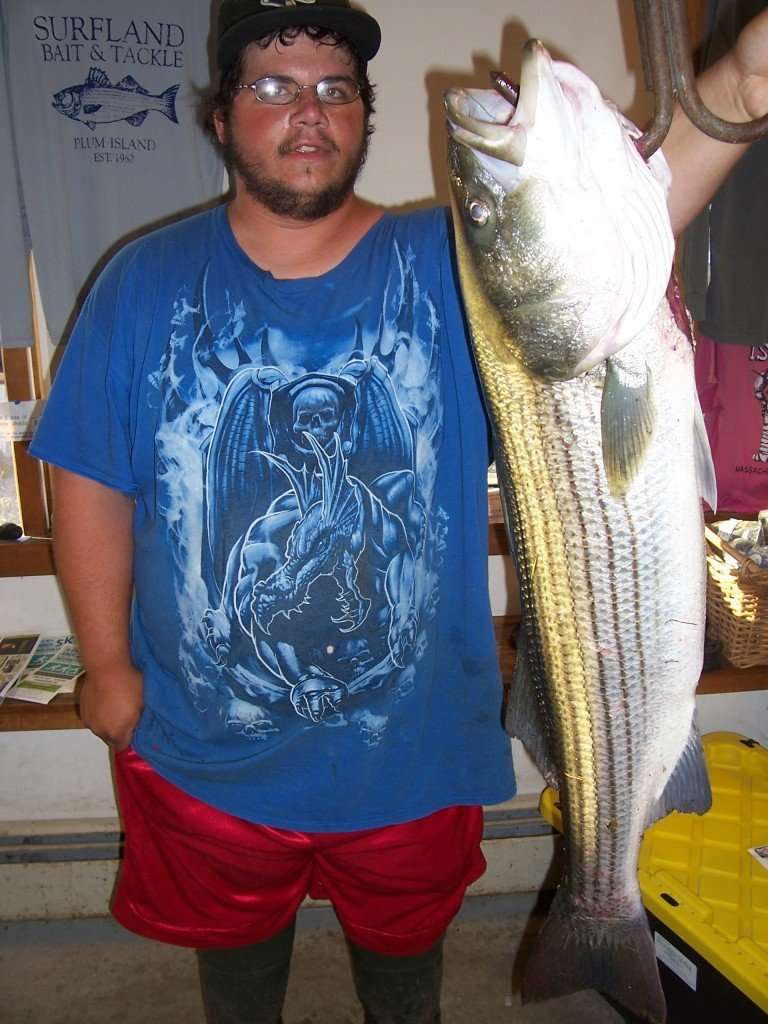 Then later on another fisherman came in from fishing the Merrimac River also during the incoming tide and weighed in a nice 17 pounder that he caught on clams. No picture for this guy, was in a rush to get home to cook it!

On Monday morning, the crew was back that likes to fish parking lot 1 on the PRWR. Bob Nardone caught this 10-4 from the beach I think using worms. Kay forgot to ask, but these guys are bait fishermen, so worms or clams! 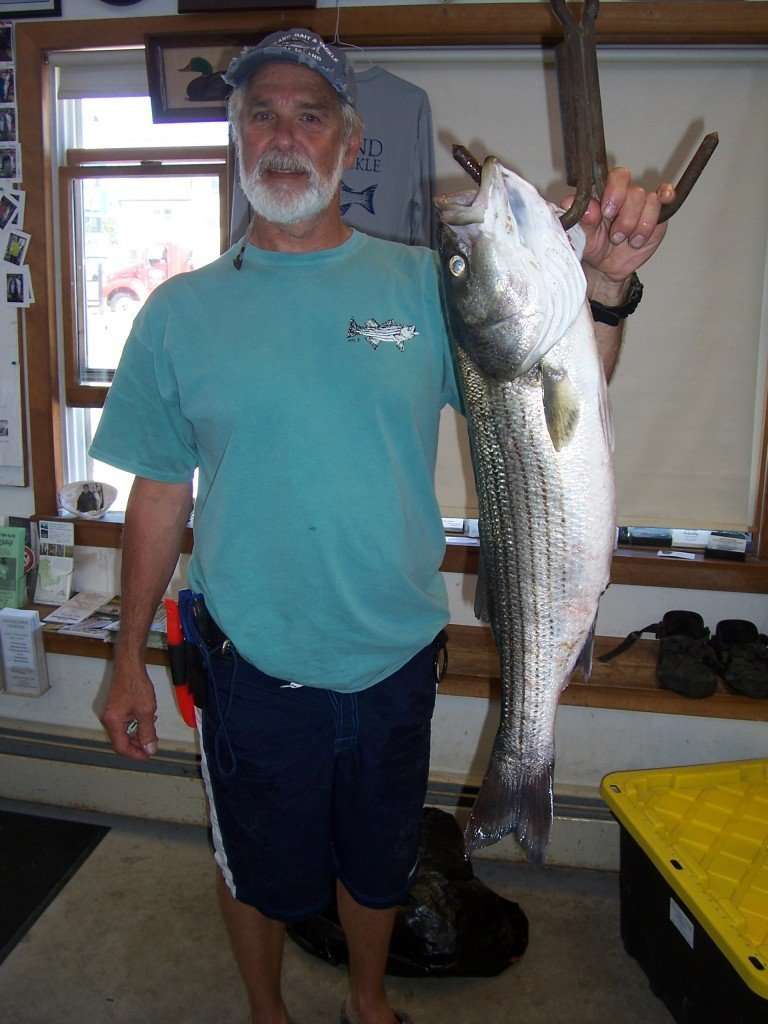 THEN ALL WENT QUIET! The rest of the week was fairly quiet here on Plum Island until yesterday. Steve Peabody from the island came in from his boat with a 38″, 15-8 pounder that he caught from his boat during the outgoing tide on chunk mackerel. 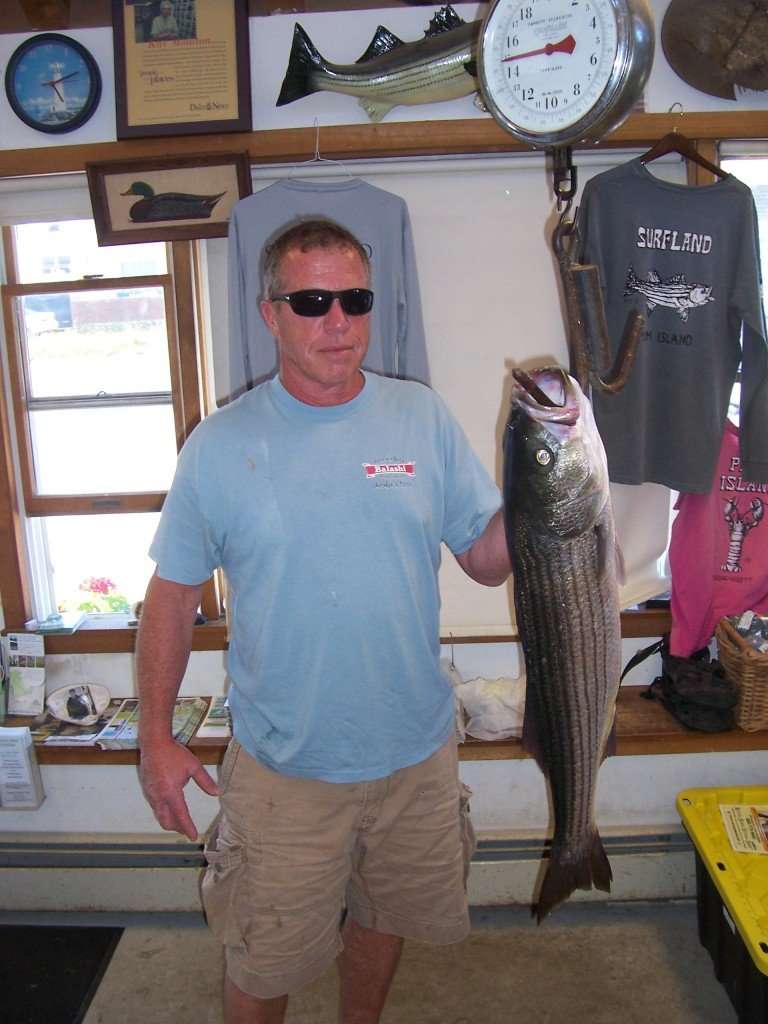 And then David Sozanski came in later on with these two nice fish that he caught drifting mackerel in the mouth  “just short of slack tide” as he said. These fish weighed in at  29 & 14-12 pounds. 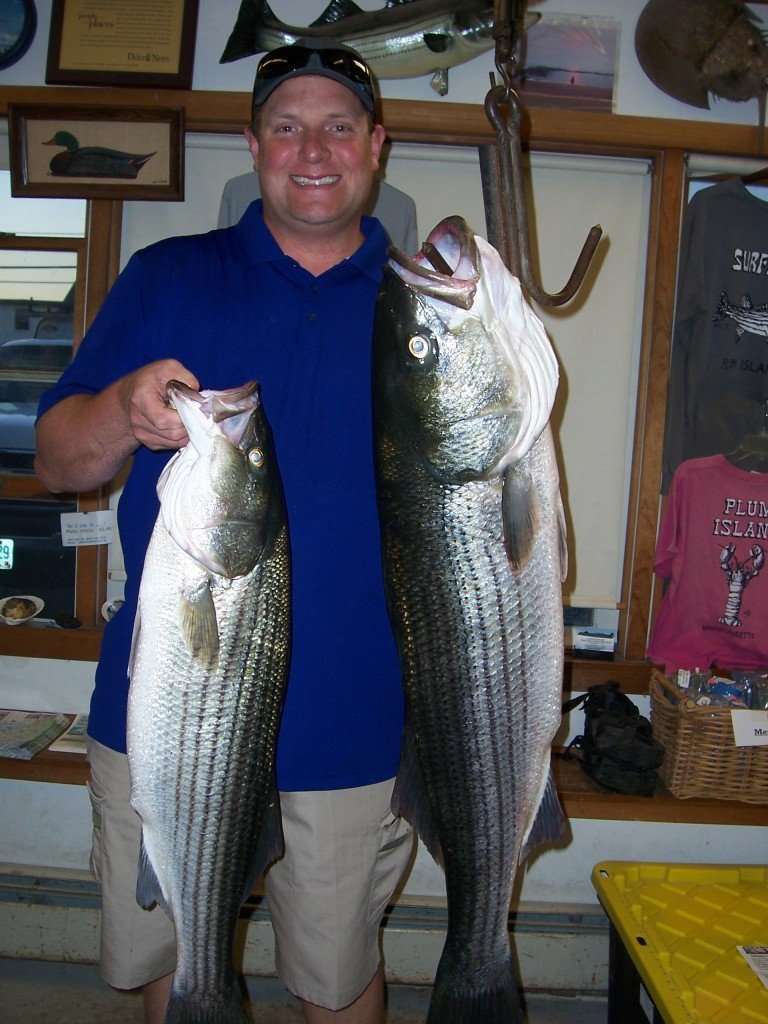 So, as you see, the action did pick up in the mouth at the end of the week. Just heard Kay say from where I am posting in the back….”I think a lot of fish are on the other side of the sandbar” There you have it, Kay has spoken!