We saw two nice fish caught on tube n’ worm from kayaks before the weekend.  Jason Rouba and Chris Burke, both from Newburyport, weighed in just before closing time.  Jason had a 23-13 and Chris had a 20-2.  Tom Hogan, from the Boston area, waded on onto Joppa Flats both Saturday and Sunday low tides.  He got several fish, biggest about 36″.  He also hooked into a giant eel.  He said it was 3-4″ in diameter.  Did a couple of turns around his legs on the release.  Creeped him out a little!

Several guys braved the weather on Friday and Saturday early mornings.  Shawn Lynch and Paul McCormack each weighed in a 25+ pounder.

Our Kelly boys from Rindge, NH, only picked up a few flounder this weekend, no stripers.   With the nasty northeast weather, the beach ended up with seaweed interferring with the bait fisherman.  On Sunday, we saw a few 9-12 pounders come off the beach down in the river. Young Ian Morganstern from Pelham, NH was fishing by Captain’s Fishing Parties with clams and caught a 9-2.   Clams and worms continue to be the baits of choice on the in the river. Worms seems to be best on the beach.   Some jetty hoppers were using whole little mackerel saw some action.  Bill Crooks came in a little while ago to go for flounder out front.

Also some reports of bluefish in the area.  I love bluefish, but……………I want them to show up when the water too warm and it causes the striper fishing to slow down. They also scattered the mackeral.  We had several of our local guys bring in a few mackeral the past few days, but they report it is getting tougher to hold the mackerel in one area.

But………..then again, there is nothing better then bluefish blitzes on the beach!!  I love the Spoffard’s Ballistic Missile.  And June is flying away on me, I forget that it is almost July.  I am out of school and now here 24/7……..chained to my bench. 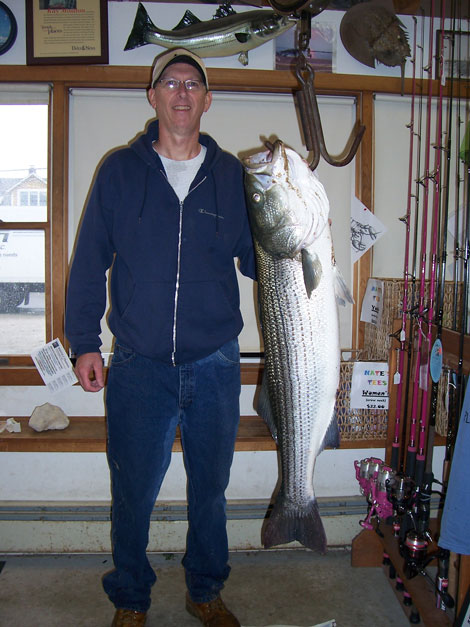 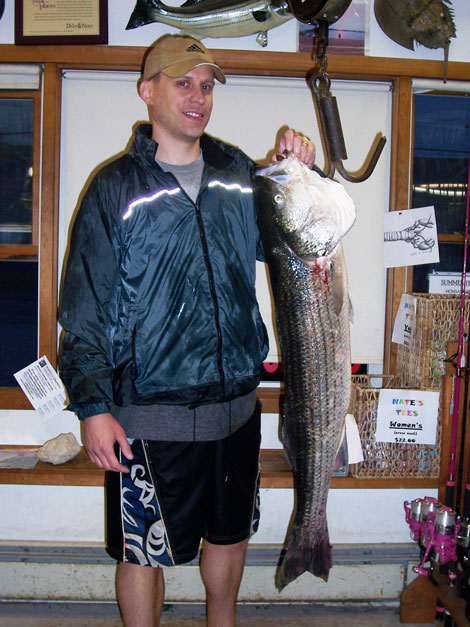 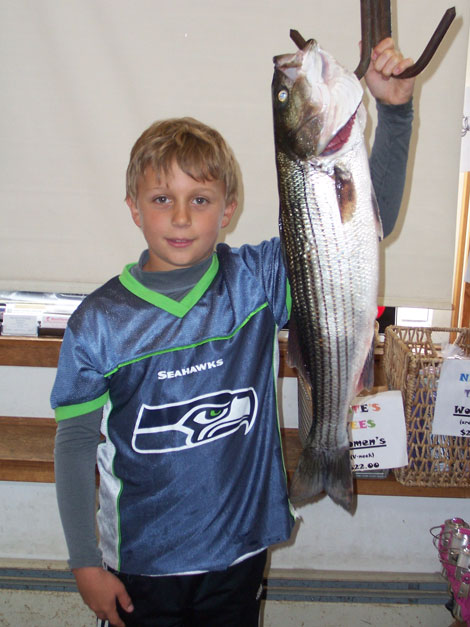 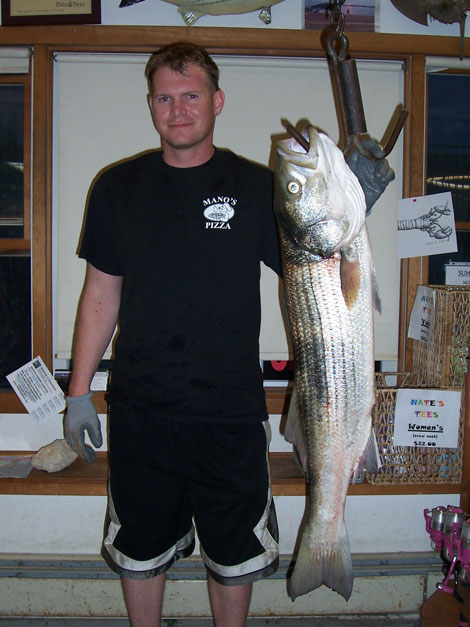