Today we had some good action at low tide down the river. Matt Chirokes from Westford caught his fish using clams.  Richard Celi from Burlington hoisted in this fish, weighing in at 20-4. He also was using bait in the river. 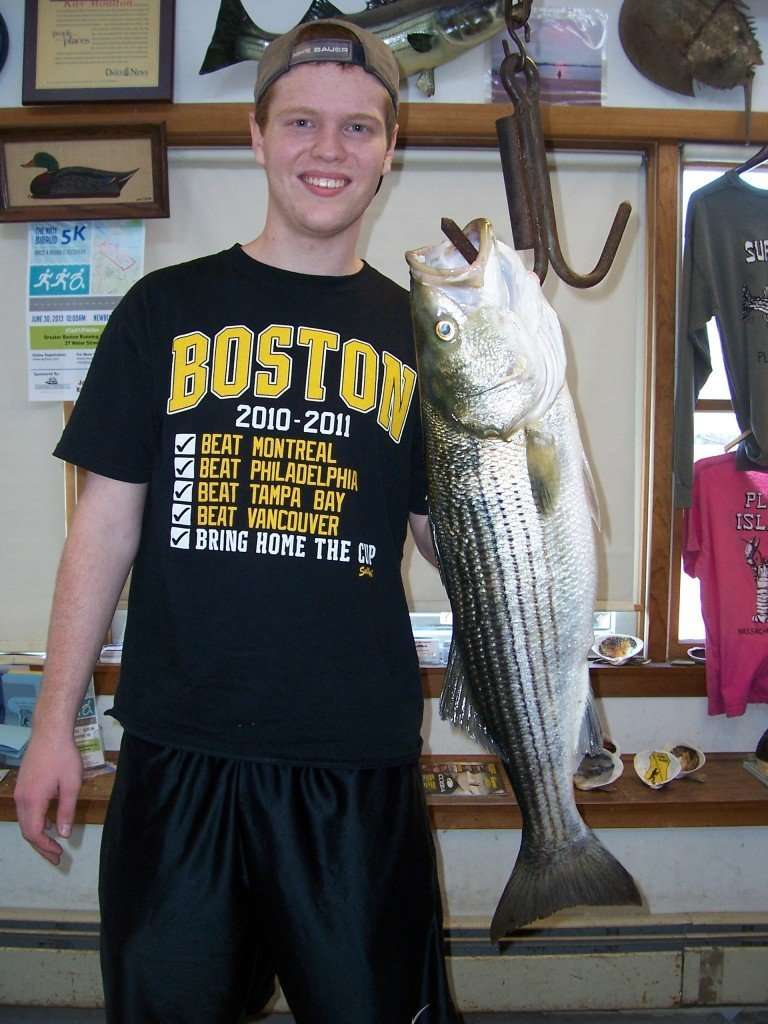 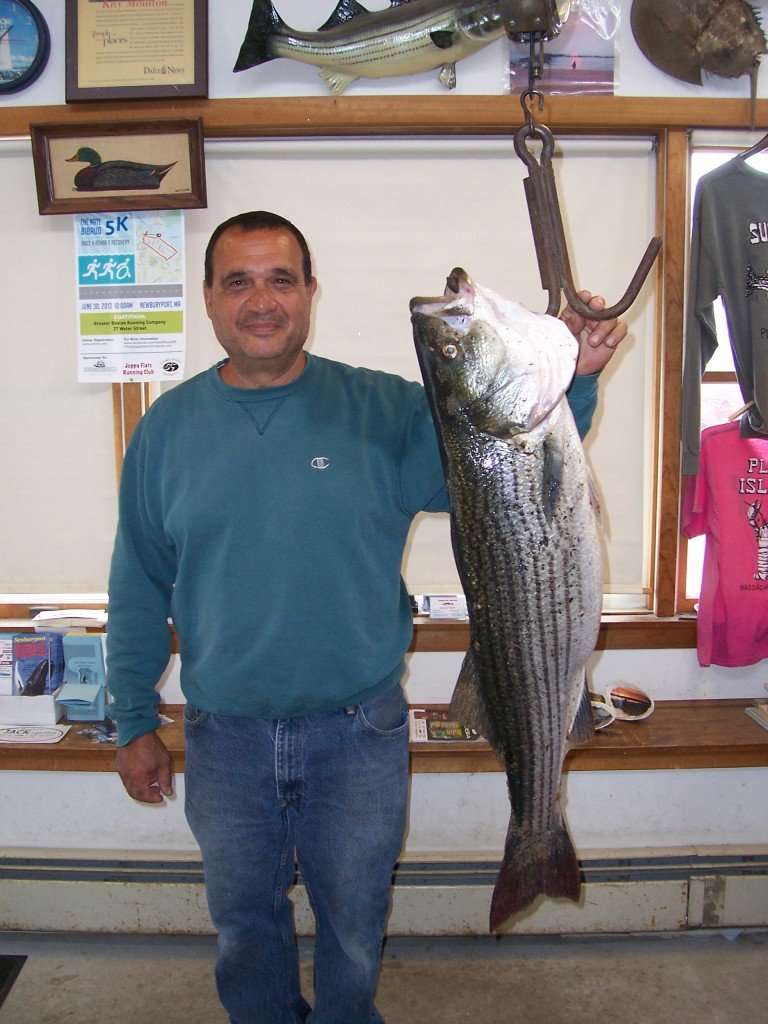 Tonight just before closing we had Chris come in and tell us that he had some great fishing out front at the top of the incoming tide during sunset using that damn SP minnow. They were mostly schoolies in the 20’s, but good fighting fish. BUT, the “midges” are out and he said they were awful. Time to start carrying the bug juice.

We had a mixed bag the last few days, but for the most part, good fishing. Chris, fisherman mentioned above, fished parking lot 1 in the middle of the day this past weekend, in the heat for something to do while his family enjoyed the beach. Well he caught fish. He was surprised because it was during low tide and during such heat. You just never know when they will decide to run the beach.

On Saturday June 1, we had Dean Rand from Melrose bring in this 12-11 that he caught in a boat off of Ipswich using bait 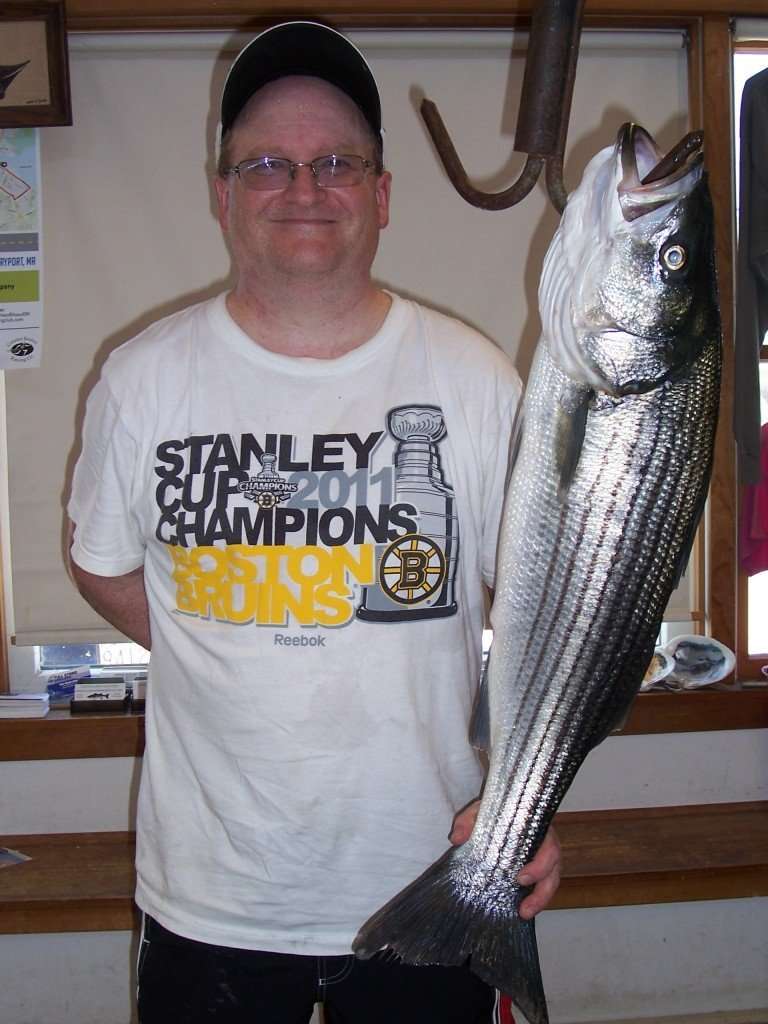 On June 2, we had Jan Kevlik from Litchfield, NH bring in two fish he caught working the oceanfront at 1 am using the SP. These fished weighed in at 10-2, and 10-1.There was a good cookout that day! Billy Page also came in the early morning. He fished the oceanfront during the top of the incoming tide just after daybreak and caught a 15 pounder using a swimming Bomber lure. 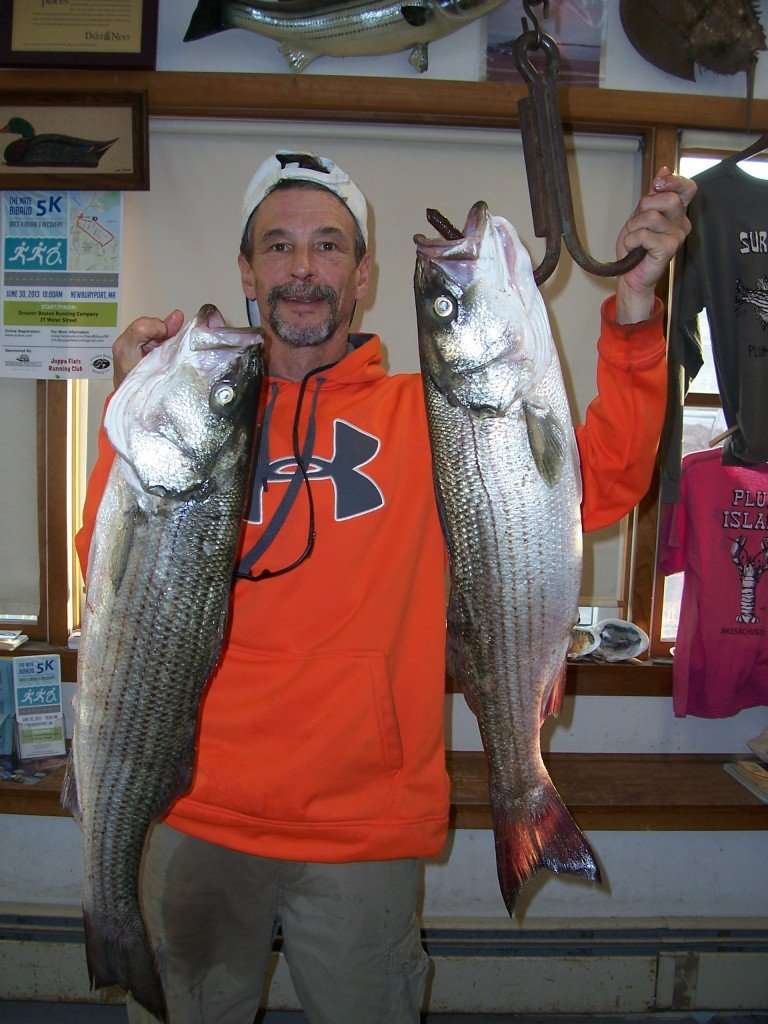