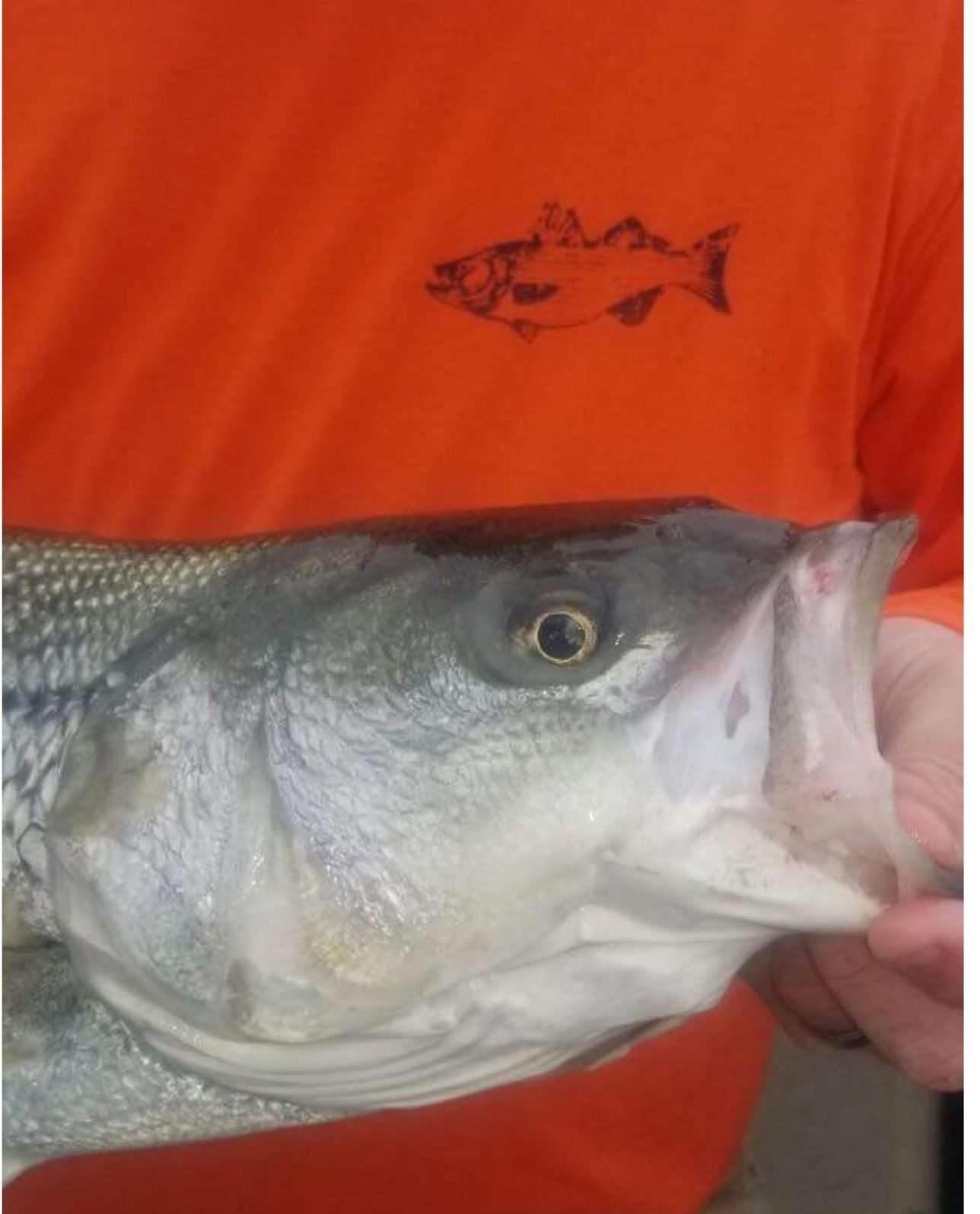 Reports this am is that there is some weed on the front beach. One fisherman was in to tell us that he kept dragging in some with every cast. So, “It’s River Time”.

The river is still producing lots of little fish for pretty much everyone that has tried their luck. The 25″-31″ fish have been a little bit fussier, but still a good number of this size being caught. Still haven’t heard much about the bigger fish until yesterday am. We have  a few weighs in from over the weekend but the biggest and fish larger fish we have seen was caught by Laundy Oeur at the mouth of the Merrimac in the early hours of the morning using a SP Minnow. 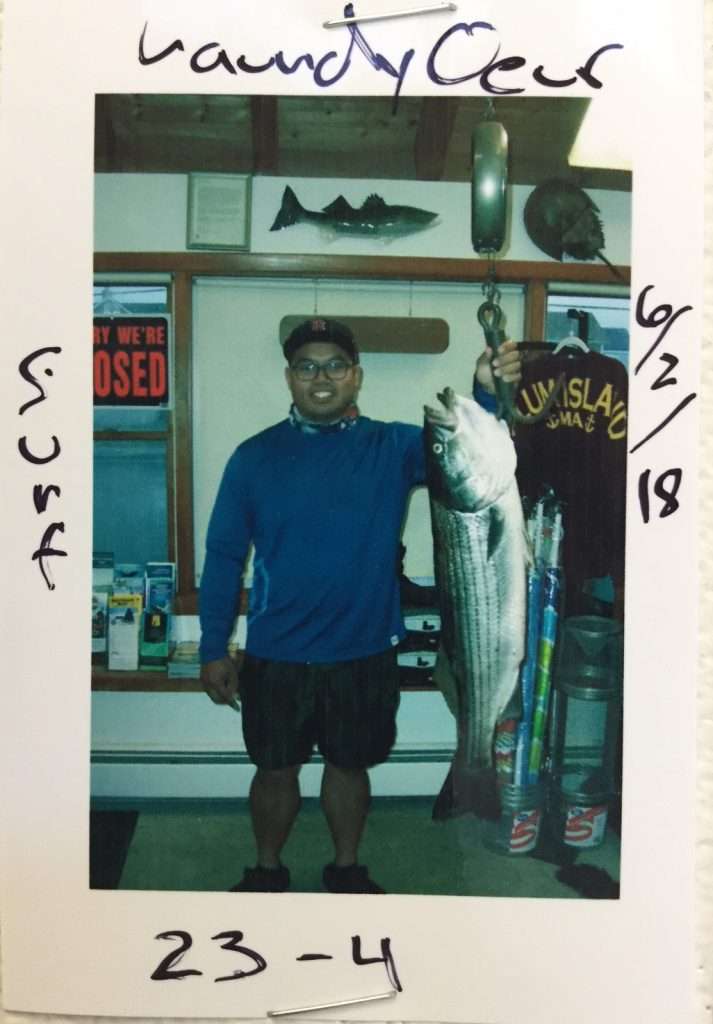 The next fish we weighed in was also caught in the early hours and Mr. C was using a Bomber Swimming Lure. 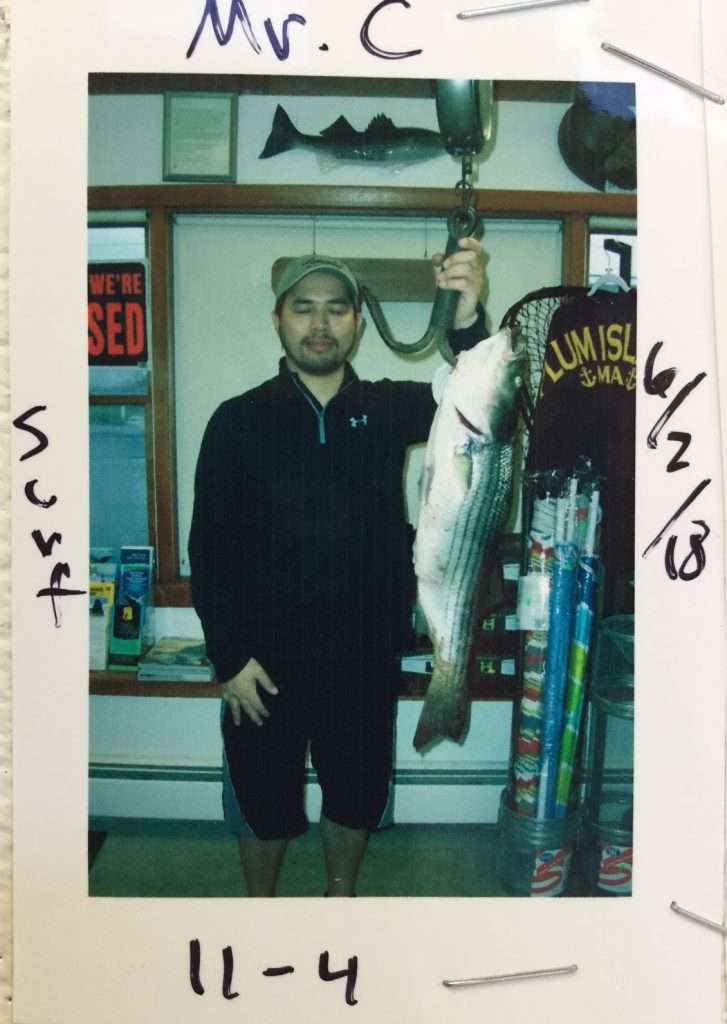 Steve LeBlanc was in Thursday with his caught. Steve’s been catching a lot of fish now this season, but this is the first one he has kept and it is headed for the cooker! Steve’s been having a great season so far! His fish weighed in at 8-2 lbs and was caught in the Plum Island River on mackerel. 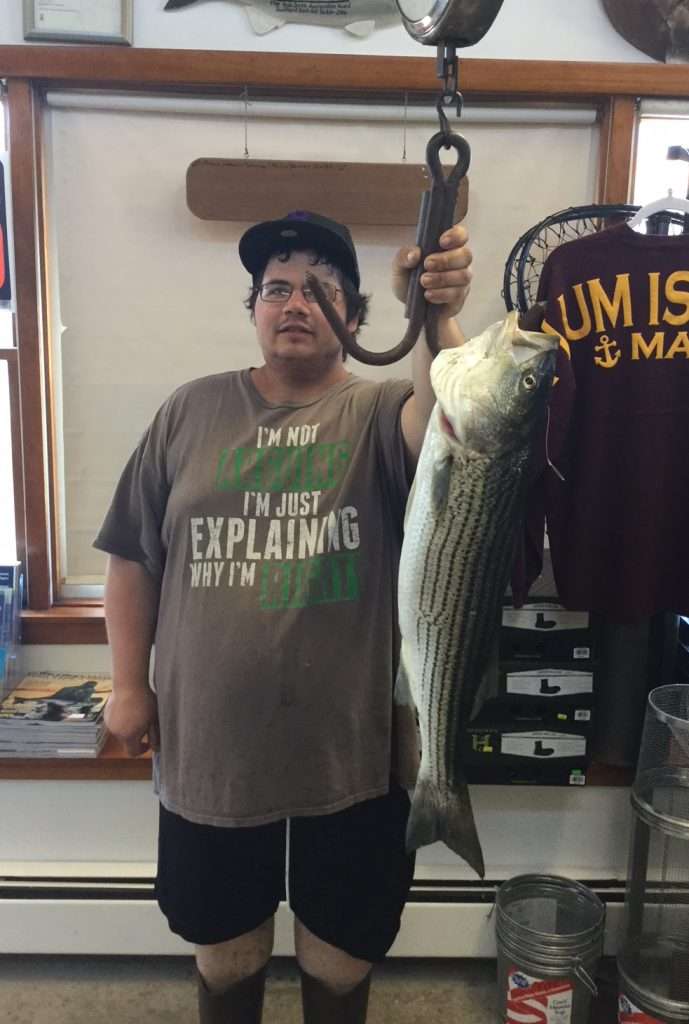 Friday Chanra Kao and Doug Sharpe weighed in their 8 and 9 ponders that they caught on chunk mackerel at the jetties. 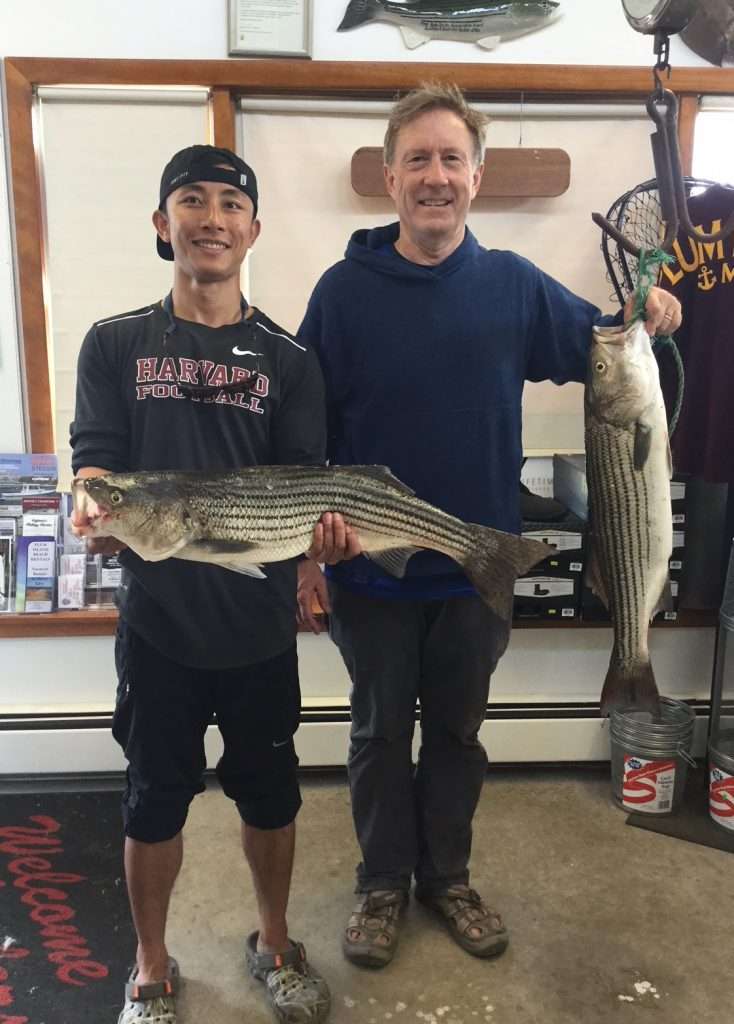 Now at the other end of Plum Island at the mouth of the Parker River also known as Sandy Point we  had MAtthew Arbo from Londonderry NH weigh in his first ever striper. Matthew caught this 9-7 pounder on clams. Congrats Matthew……….a fisherman for life now………we got you hooked!

Other reports from the southern end of the island is that there are some bigger fish now being caught, but tons of schoolies too! We are starting to hear that the flounder bite this year is pretty good. Have a few people tell us they are doing well. Most do not want to give up their secret spot and can’t blame them since the flounder fishing hasn’t been great over the last few years, but we did have one boat fisherman tell us that he was catching some off Crane’s Beach in about 12-15 feet of water, so may be doable from the beach. Haven’t had anybody give us a report from out front of the shop yet. They used to do well along the beach from the shop south, but the landscape is a bit different now so? 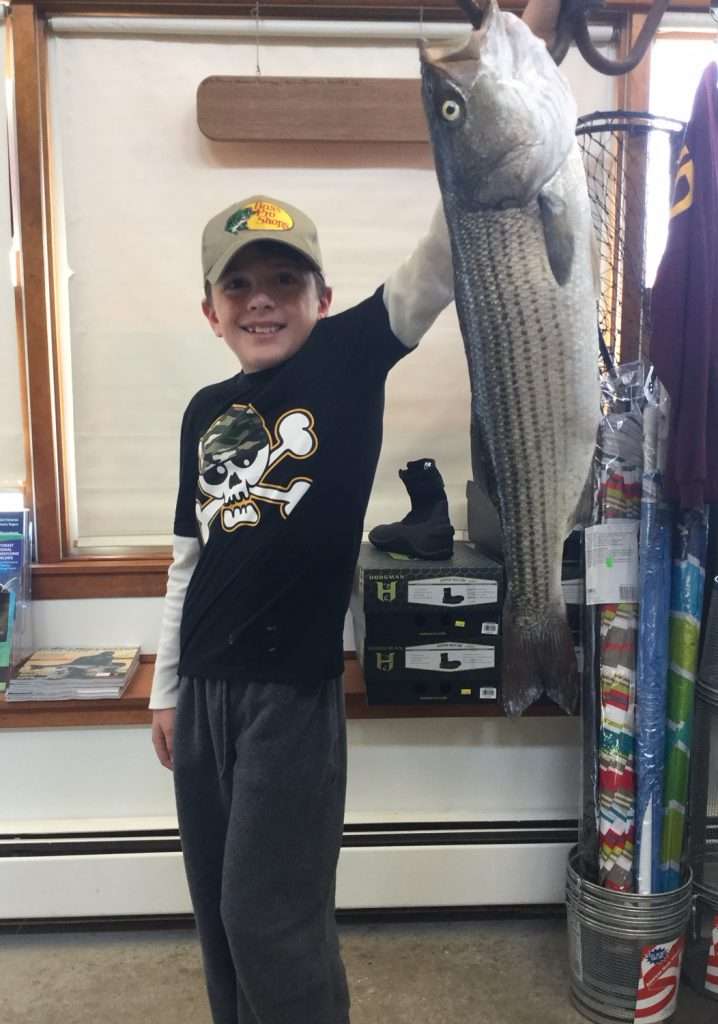 Also want to post the pictures that we get sent:

Paul had a great day out with his daughter and the competition between Paul and John is heating up! 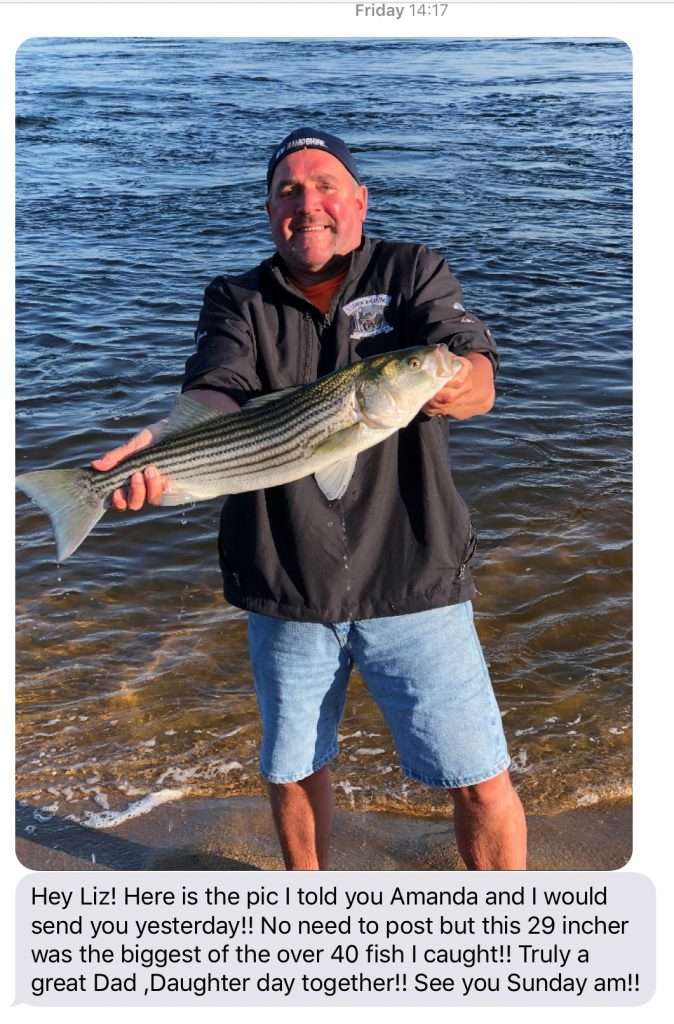 And we a glad to hear that the fish up river a biting now. Nice catch Eric! 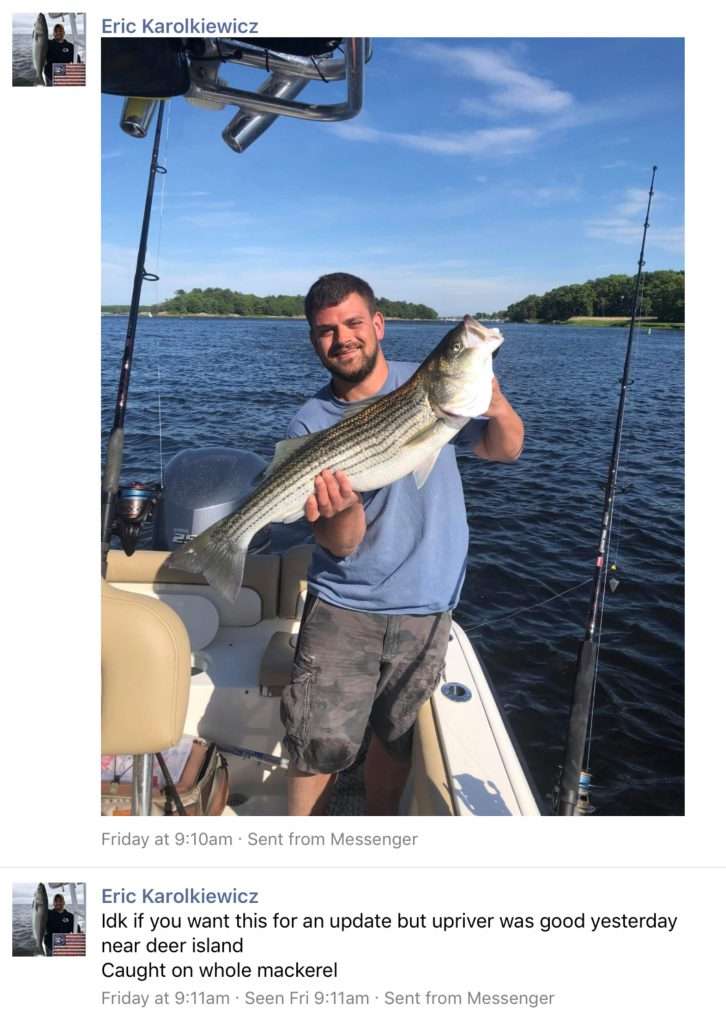 And we will close the report with this great promo picture sent in from Andrew. This is awesome!!! 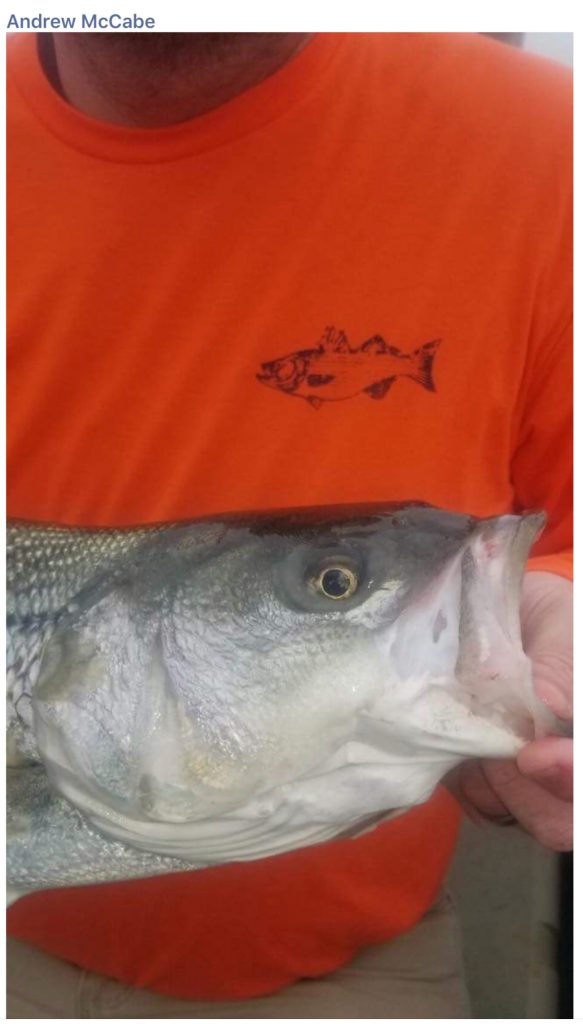