So this weekend wasn’t so hot…………………for fishing. But today, this gloomy rainy day was good for some.

Nick Little from Derry NH took a day off from work due to the rain and decided to work the oceanfront during the outgoing tide. He caught this 19 1/2 pounder at dead low on a RMH buck tail jig. He also got about half dozen schoolies early this morning on the high tide using a SP minnow during the daybreak. I just had two other fishermen in to get a few soft baits because they said they just saw a guy catch a 38″ from the oceanfront. they were headed out for the afternoon incoming tide. what a beautiful day to fish!!! 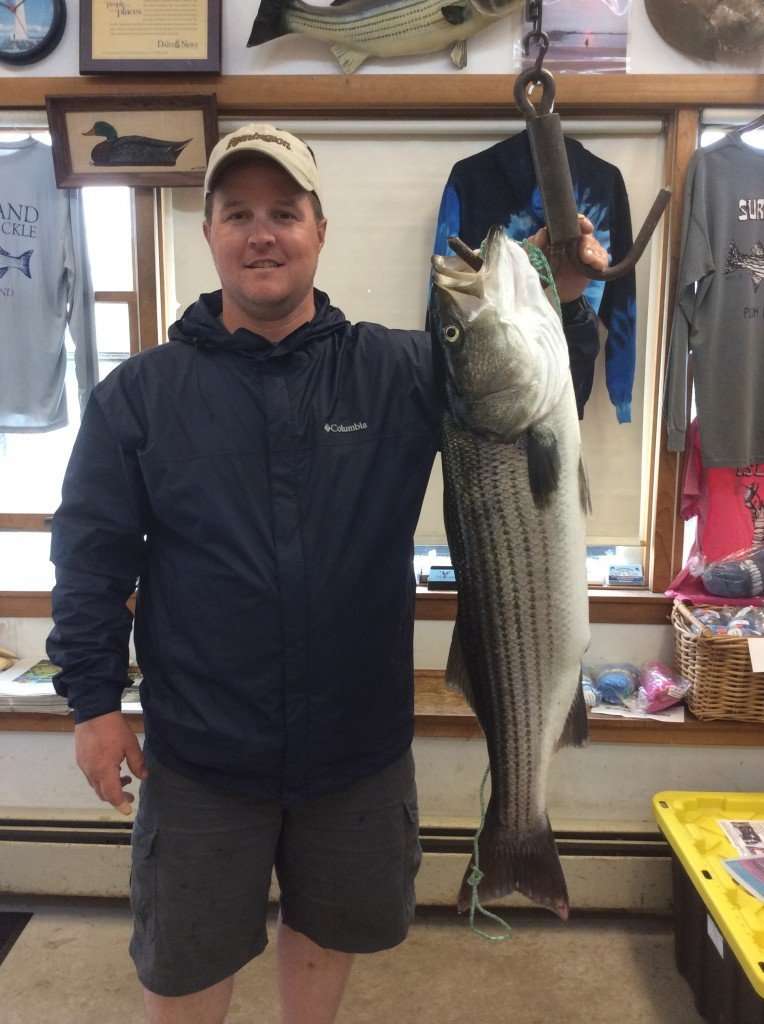 And Monday I received this email from some fishermen that fish to the south of us…………………………….

This past weekend my buddy Mike and his father Paul set out to do some bait fishing out of Beverly Harbor. They had some decent luck, landing about 15 mackerel around Little Misery Island in Salem Sound. They decided to throw in a couple of live liners to see if they could land a couple of Larry’s. After a couple of hours with no luck they moved back in towards the harbor and around 4pm (about an hour after high tide) Mike landed a 43″ beauty that was swimming in the shallows around a rock ledge. About 40 minutes later Paul landed a 34″ beauty in the same area. All in all I’d call it a good day and I have to say I’m jealous I wasn’t there to partake in the action. The fish are here and they’re hungry! 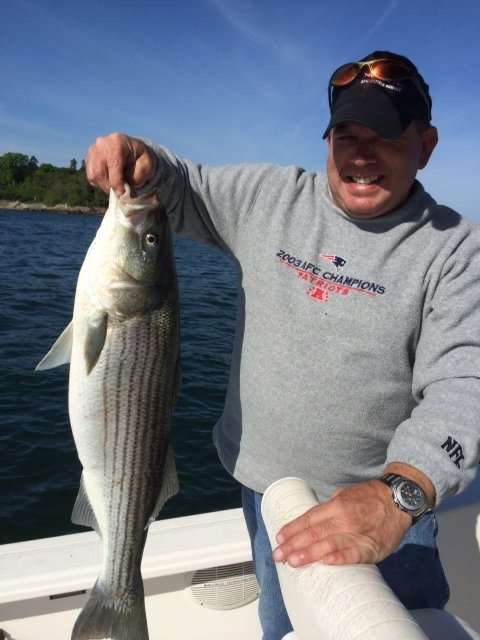 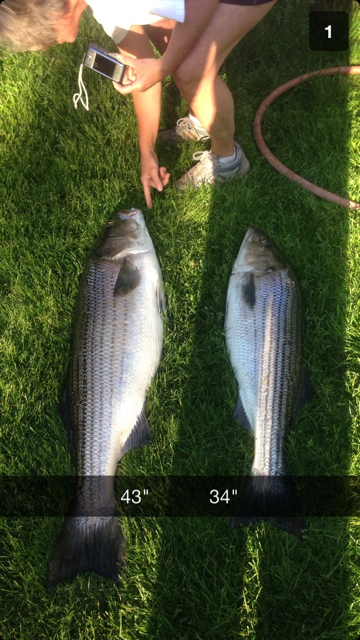 congratulation’s guys, enjoy the feast and thanks for sharing the info!

sorry to say that we still haven’t heard of any flounder up around this area, but should be soon!!!