This morning at 8 AM there were exactly 25 boats fishing Joppa flats. Of course this was due to big schools of bass cruising around there, splashing the feeling of defeat into many of the fishermen casting at them. Once again there were fish, but they were not biting. The boaters might want to try other parts of the river to get away from the crowd, and find some  fish ready to eat lures and flies. There are places, you just have to explore.

Some of the guys, those who posses some form of magic, were doing quite well hooking up. Dave, Dick, Mrs. Brown, they were all having a wonderful time with multiple keepers in the boat and released for another day. These folks are flyfishers, and great at it, as well as really devoted. You’ll see them out nearly every day, so putting your time in results in knowledge that catches fish. Your author, a spincaster had a slow day, just two fish in 4 hours, but one was a beauty and tied his personal best: 45″ 36-1 lbs. It was a nice fight with 6 or 8 long runs of the drag. I credit the black sluggo for the topwater slurp of the fish.

LOOK AT THIS!!!!!!!!!!!!!!!!!!! Fast Eddie has brought in a fish! Eddie Fewtrell caught this beauty on the oceanfront during the top of the outgoing tide on a krocodile (metal lure), yes on the of those “blast from the past” lures. ( just like the hopkins that was used on the oceanfront a few nights ago). Don’t they say “what goes around, comes around”? Well there is a lot of proof of that this week. Eddie is mostly a catch-n-release guy but decided it was time to keep one for himself. Way to go EDDIE!!! Twenty pounds. 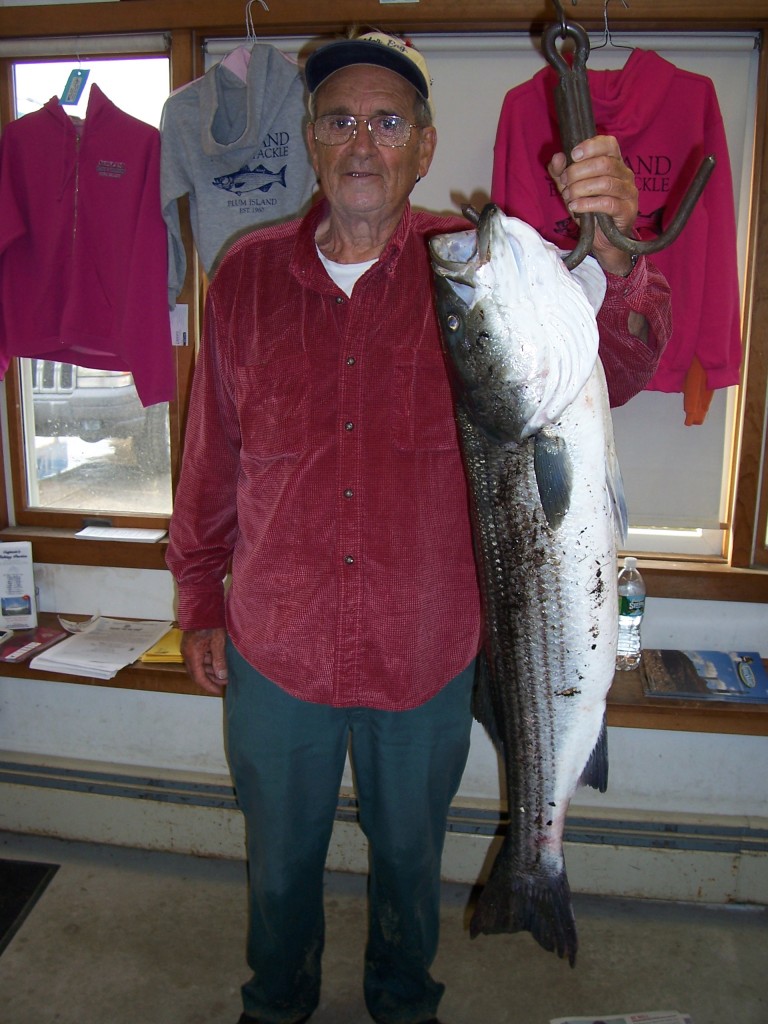 Here’s another one caught by Ken Cmar from Plum Island. He writes,”Not the biggest fish caught at the flats at night during high tide with a black sluggo but this certainly one happy fisherman with his 32 inch keeper. First of the season. Looks like this year is going to be a good one. 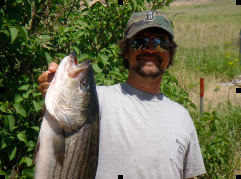