Well I can’t say that everyone is catching fish, but we have had many happy customers this weekend. Saturday, we weighed in a couple fish from the surf. Will Kopaciewicz from West Newbury caught a 12-12 on some of our fresh clams. And then later on Luis Perez from Haverhill weighed in his 24-13 pound striper. Today we has some more fish from the surf. Mike Rennie was using bait in the river and caught a 16-4 pounder and then Jessica Moroney from Brookline caught an 8 pounder striper and also a POLLACK. Yes, a pollack. She was fishing the oceanfront for the incoming tide.

And just a few minutes ago Mike Ferrari from Shrewsbury cam in with his catch of 26-12 pounds (42″) from a boat. Mike and friend went out searching for mackerel off of Crane’s Beach and found none. They even tried for some flounder but had no luck. They finally found some mackerel on their way out towards Halibut Point. They came back in to the Plum Island Sound and caught fish by live-lining mackerel.

Mark and the boys are back again tonight. Mark, Steve, Ray and OB have been doing very well this year. These guys certainly put their time in. Last night they had a great time along the oceanfront for the OUTGOING TIDE. Yup, these guys like the outgoing tide. Last night they grabbed some worms, hit the beach, and started to first catch schoolies and then starting getting in to the bigger fish. They reported just now that their range of “keepers” were 29″-38″.  And after dead low, it went quiet.So again, sometimes it doesn’t matter the tide, the time of day, the moon, or the weather. You just have to be in the right spot at the right time. The fish run the oceanfront, the are constantly moving up and down the beach, just have something in their way and maybe with some luck they will feel like eating it!

Flounder, we did here of a few being caught. The Kelly boys got a few along the oceanfront and some others that were fishing the ocean side of the jetties. Nothing hot and heavy like the last few years, but maybe as the week progresses so will the flounder. 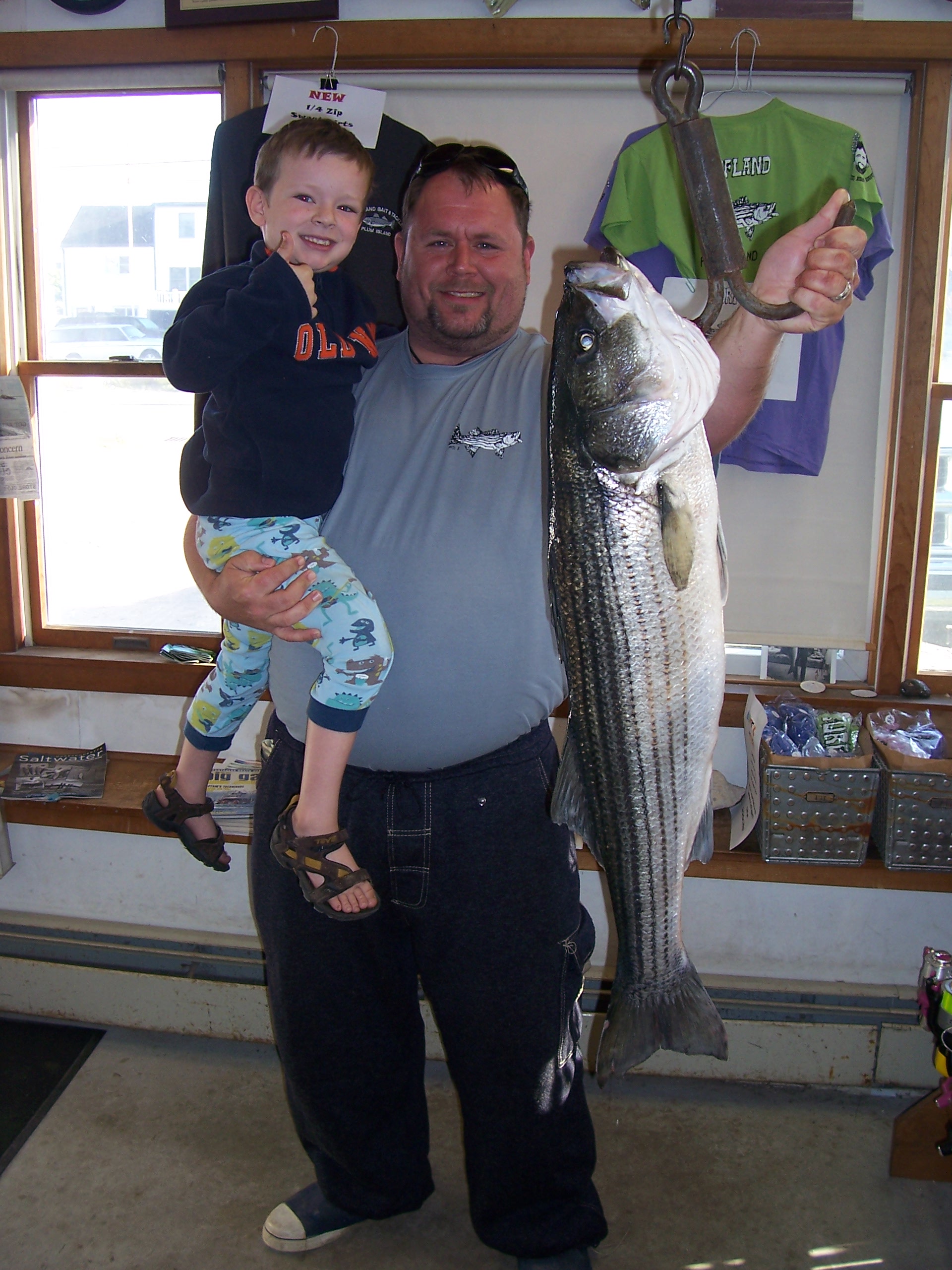 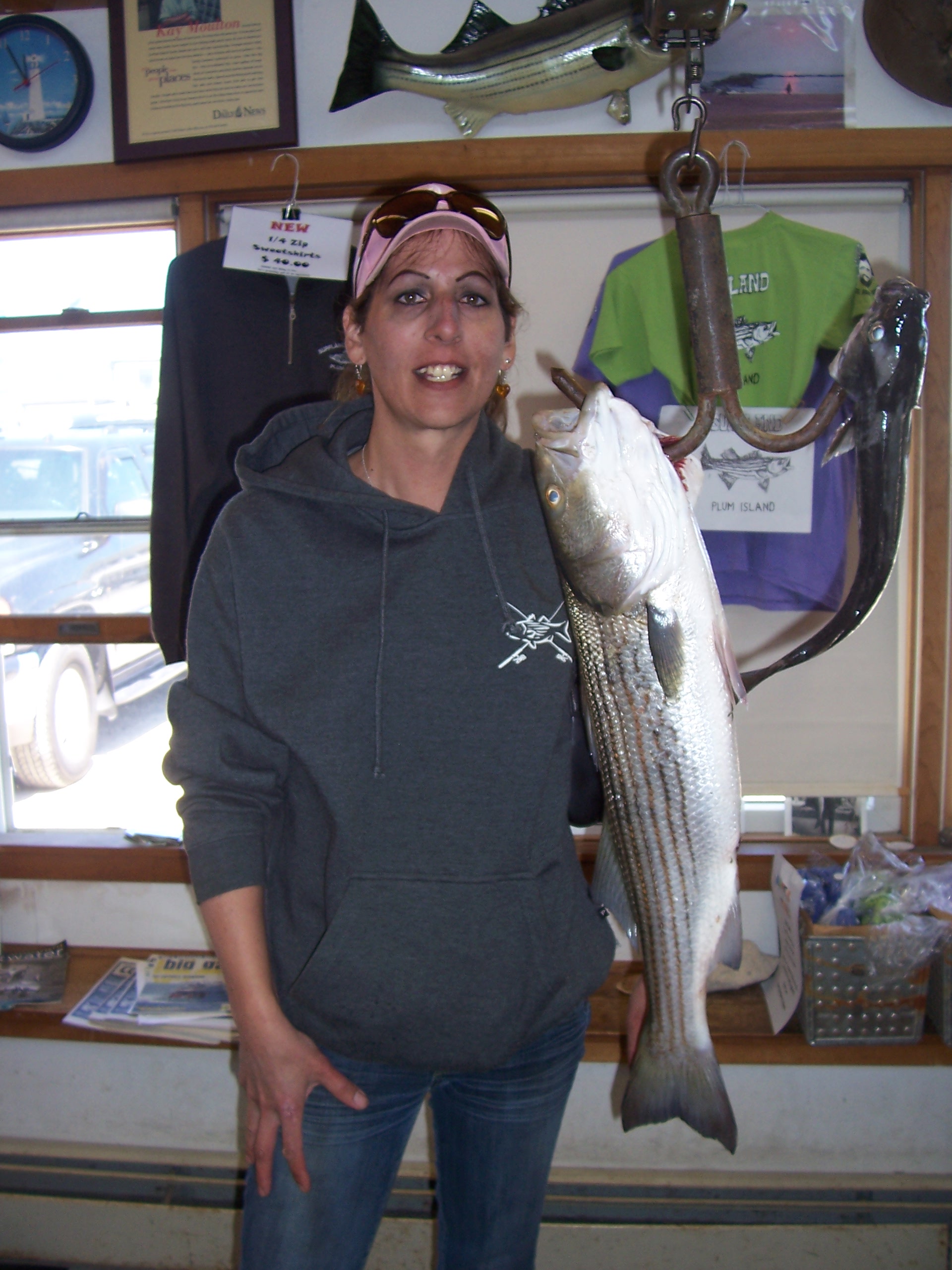 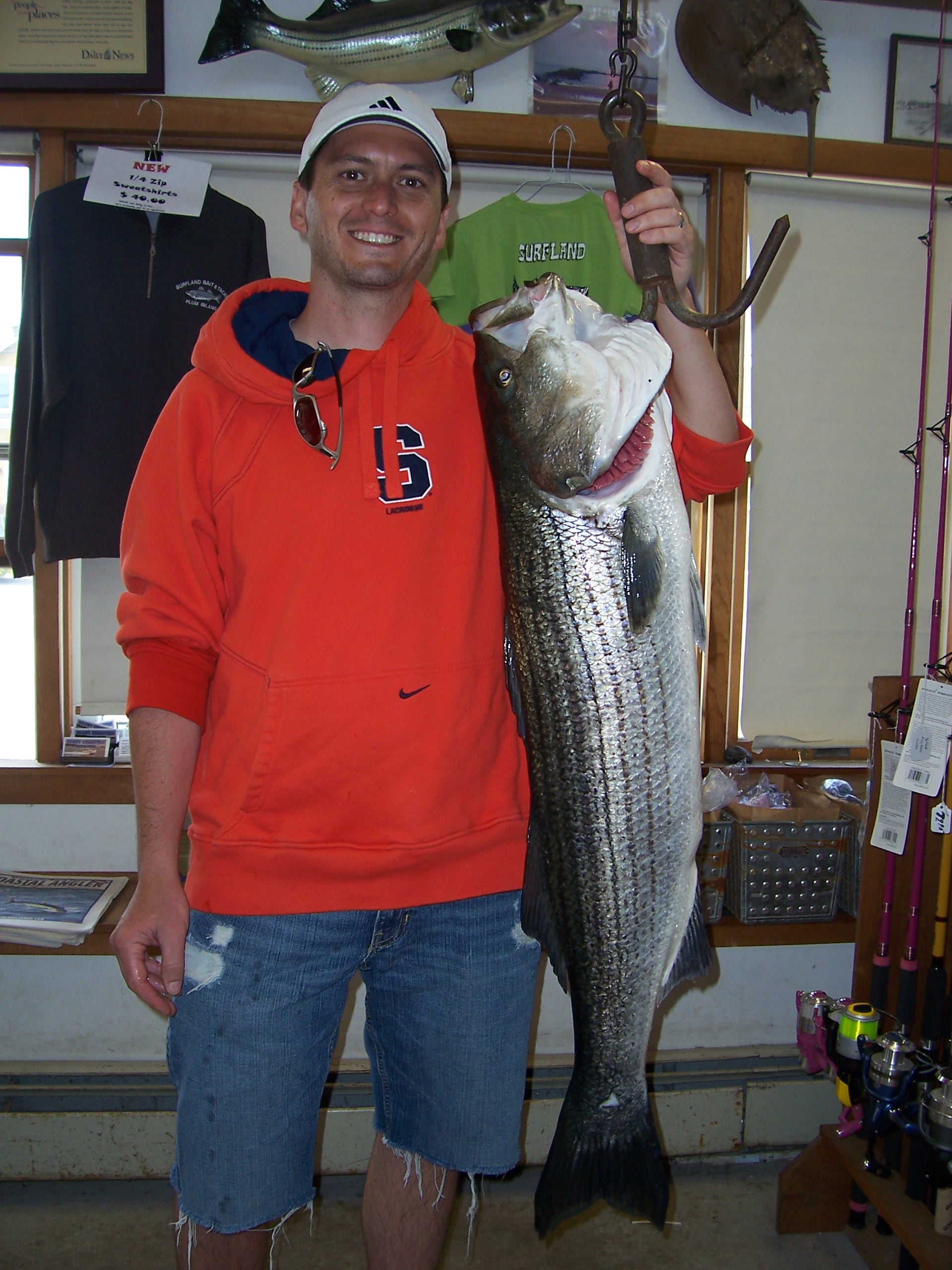