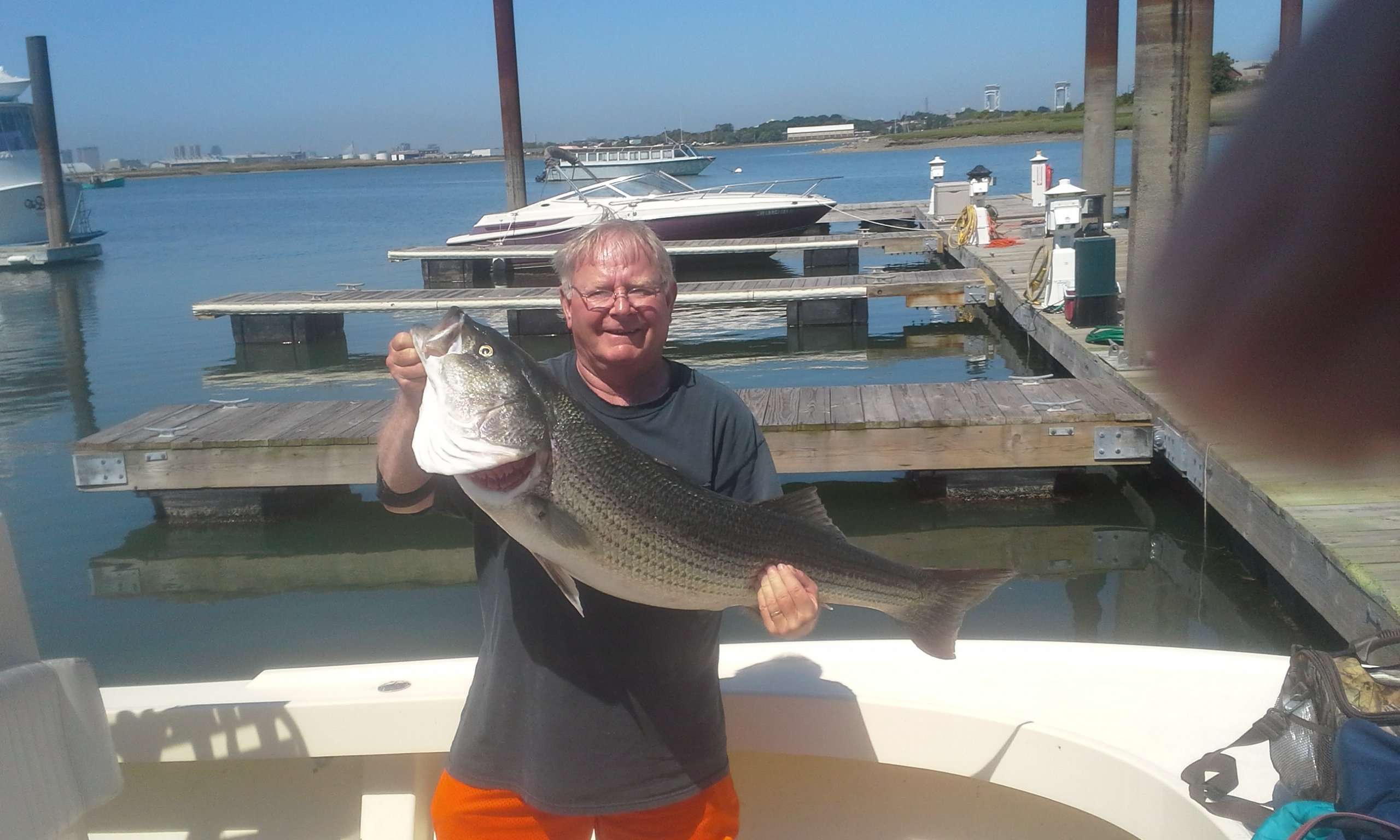 I just received an email from a friend of Boston Dave’s.  Early this week, I think Tuesday, Dave was out fishing in Boston Harbor and landed this whopper on mackerel. It was 45 inches and weighed in at 37 pounds. Boston Harbor is loaded with fish! 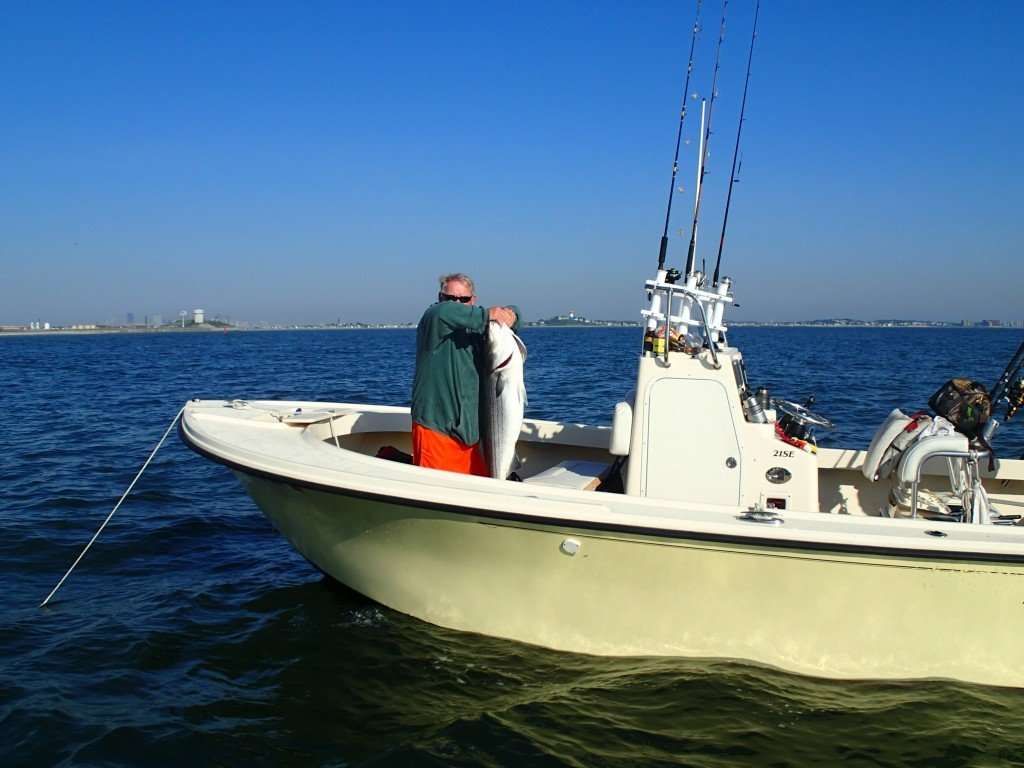 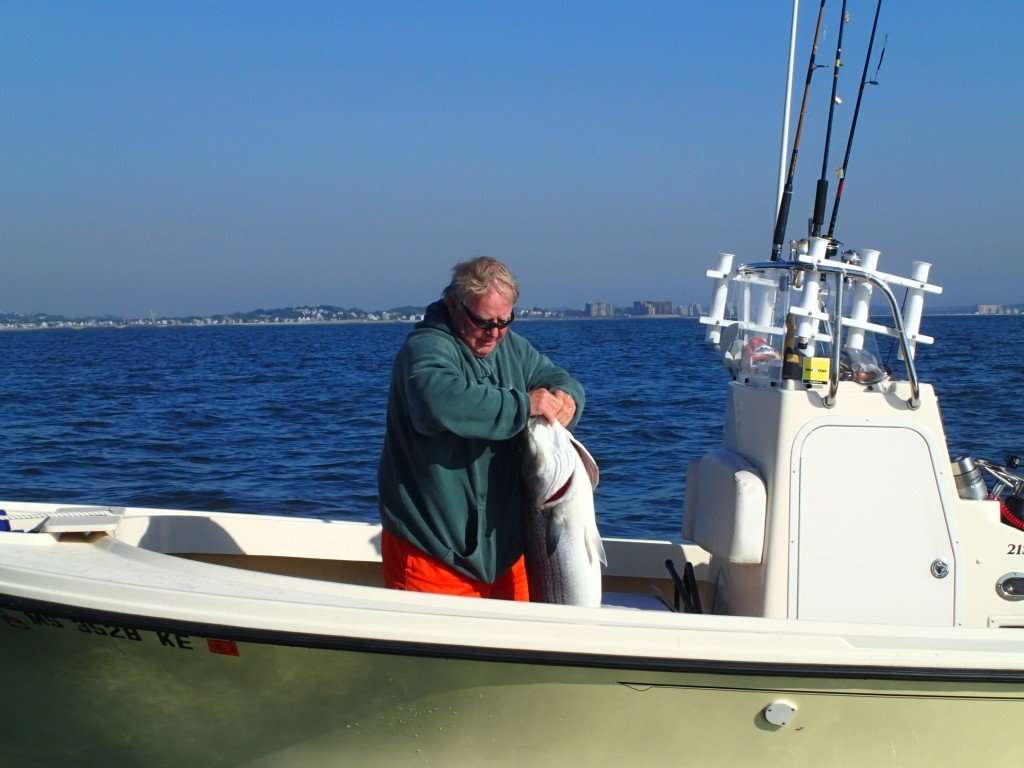 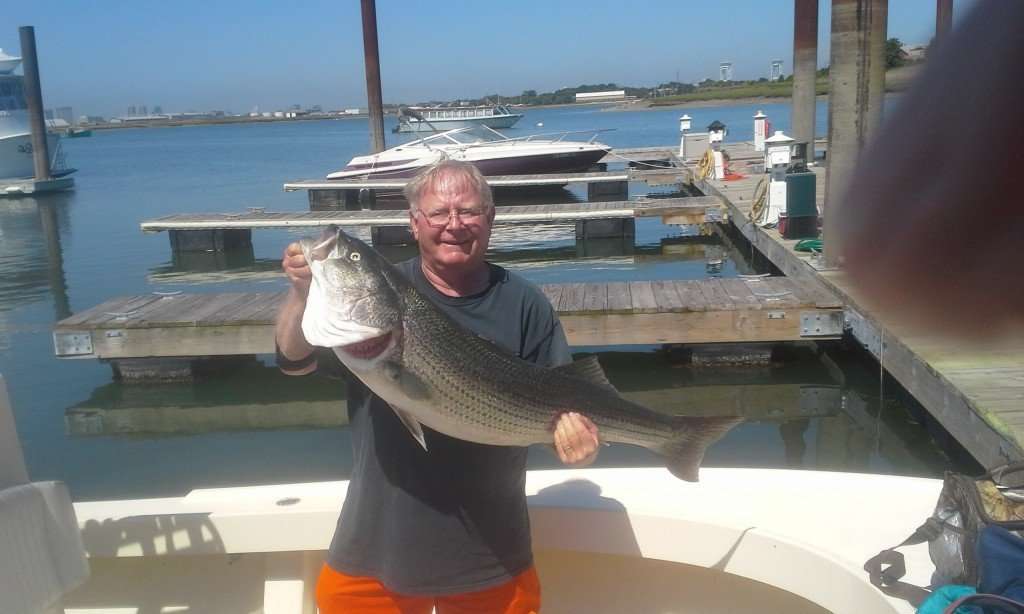 Here is a fish I forgot to post and another that came in yesterday after I did the posting. On June 3 Mike Campiglio from Haverhill weighed in this 14 pound fish that he caught on bait. 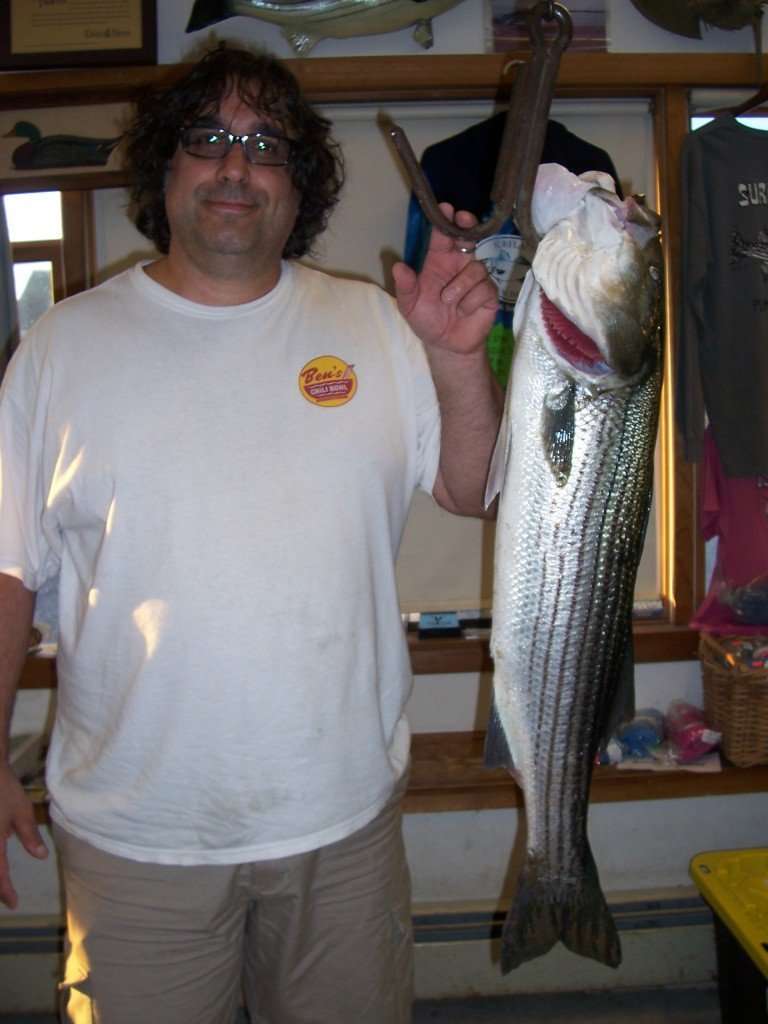 And then later in the day yesterday Danny Laal brought in this 20-5 ponder that he caught on the oceanfront on an SP Minnow during the incoming tide. 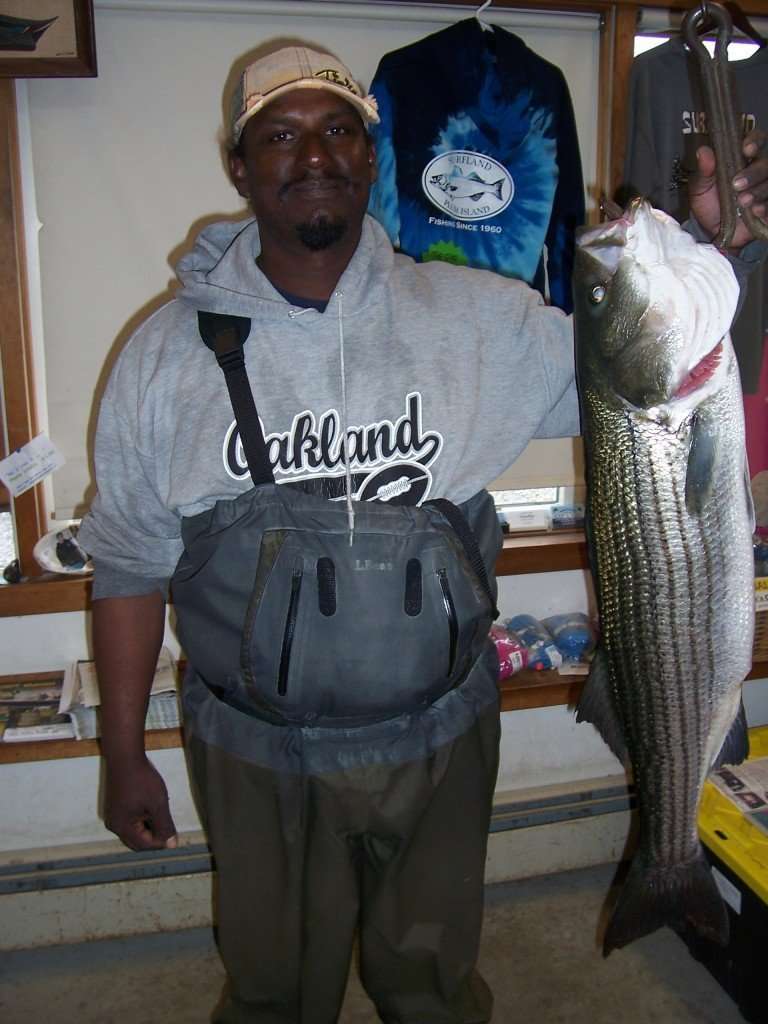 We also had an anonymous fisherman come in from the beach to weigh in his 17-12 that he caught during the incoming tide along the oceanfront on an SP Minnow.

So, come on down tomorrow afternoon and catch the incoming tide…………………………..maybe you’ll get lucky!