Finally………………SUNSHINE!
Well it has been a rough few days. The beach has taken a good beating. Today, the few guys I had fishing got into some weed on the oceanfront and had to shift to the river. The river produced a few fish this am. One of the guys in didn’t catch anything but said he say a few guys hooking up. Hopefully, some of you will venture out for tonight’s low tide……….I’m thinking it might be pretty good. Up river the boys in Lawrence had had a big slow down. Probably too much fresh water has sent the bass down river. I’m sure they will return in a few days.

Also had Scott Maguire from Summer Job Charters (www.summerjobcharters.com) in with some fresh macks. He said he was out to HAmpton Shoals Ledge to get these and they are nice..so that means we have fresh mackerel tonight! He then did a slow troll along the oceanfront with live macks and landed 15 stripers with 8 of them being keeper sized. He had a great day. The ocean has flattened right out but he did say it was a bit rough getting out of the mouth.

And one last bit of interest. Kay’s nephew, Mark Webster works with students at the Merrimack Special Education Collaborative in Topsfield. Being a carpenter by trade Mark has been working with individuals there to pass along some of his knowledge and teach them some skills. They recently created this beatiful canoe. We have a few tickets left and if you would like to take a chance on the canoe come see us. The drawing is coming up, June 15 so hurry down! 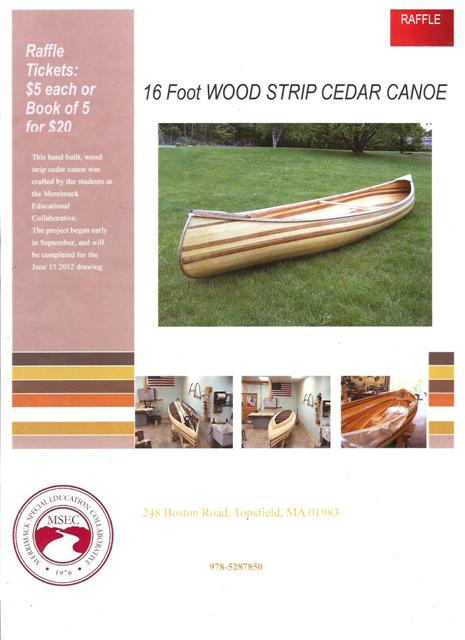