JUNE 6 – The big fish have moved in 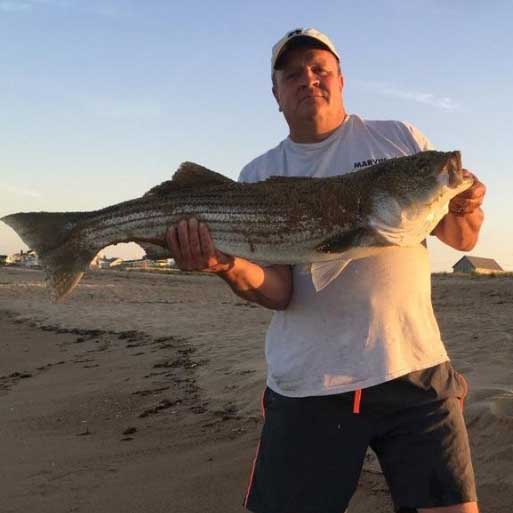 Apologies for being a bit behind in getting this post up. Life gets in the way sometimes. Anyways, will start with the “infamous” Ed Kelly showing us one of the biggest “keeper” sized stripers that we have seen so far. This one measured 43″ and was caught during the incoming tide on a 4″ soft bait along the beachfront.

Next up is David Moulton that went out in the boat the same night Ed was on the beach. Again, the big fish are here and this one was caught inside the Parker River. Not only were there some bigger stripers in there, there was also pogies! Now that’s something we havent seen much of in recent years, pogies! 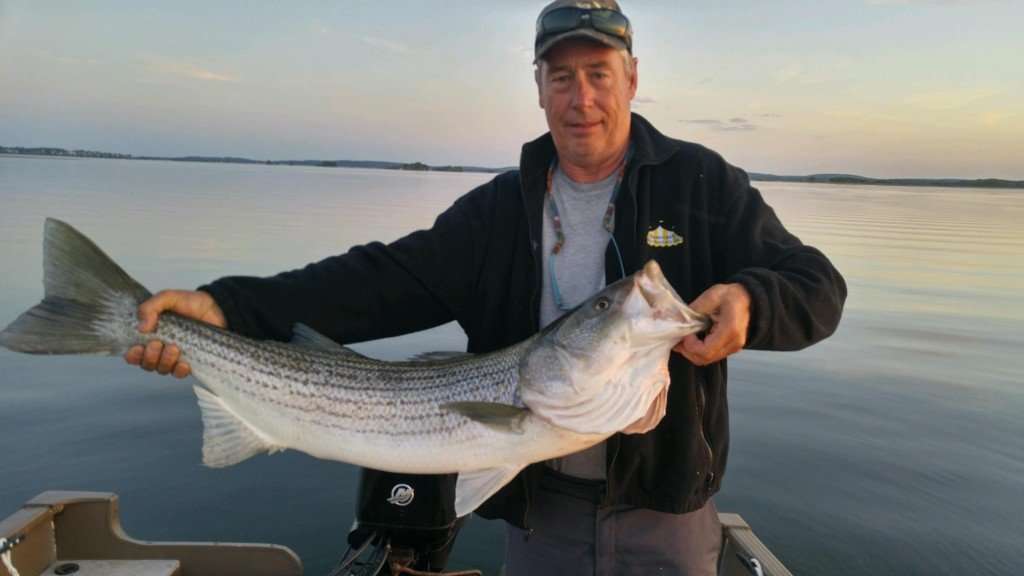 Yesterday, a picture was sent to us from Mike Christopher. He wrote, “Hey Stickman, Caught this 33″ in the river yesterday, bigger baits that the micros cant swallow are the ticket! Released!” 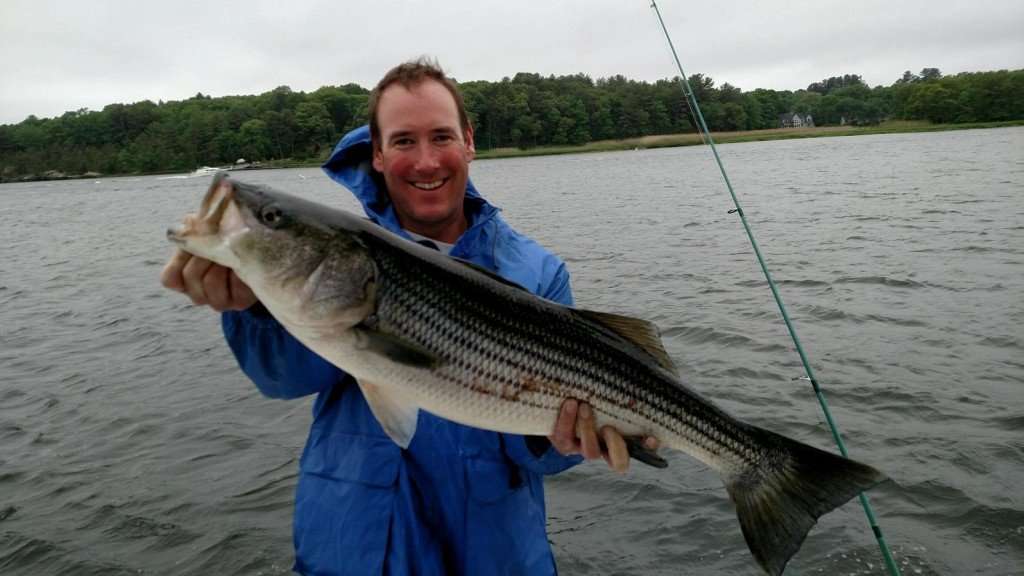 Now to the shop weigh-ins. Over the weekend and this morning we had three fisherman come in to get a weigh in for fish they decided to keep to eat. Here they are:

June 4: Tony Chhay from Lowell brought in this 17 pounder that he caught on a Kastmaster from the southern end of the island

June 5:  Mike Tompkins from Hudson, NH came in with a 8-8 pounder that he caught on mackerel at the point, the northern end of the island.

June 6: This morning Guil Terry from Oneonta NY came in with his 16-8 pounder that he caught using a whole mackerel from a boat this morning.

These past few days we have seen a lot of weed in the water. Due to the 12 foot tides that we have had the weed also flows over into the river. So for some, the fishing has been hard these last few days, but not totally impossible as you can see above. This morning during dead low tide in the river we were told that there were a few keeper sized fish caught. Lead headed jigs are still popular and also soft plastics. A fisherman at the end of the jetties reported two keepers and a few small fish.

Under the Plum Island bridge we have some guys catching fish with worms during the high tide. One fisherman just in from the beach has told us the weed is horrible. So for today and maybe even the next few, try to stick to the mouth of the rivers and maybe inside the rivers also.