Given the enormous number of fishermen out on Plum Island this weekend we were bound to weigh in a few decent fish. We had 5 or 6 in the 14-20 pound range, but generally the fellows said it was slow. Last night was a full moon tide and Joppa Flats looked like a swarm of fireflies from the running lights of 30 or so boats. I’m sure there were a number of trollers out there. Must have been hysterical trying to pick your way through the melee.

The good fishermen still report good fish. Friday night Joe Brotz went out and got 7 Mackerel, and pulled in 7 big fish. Another one of the sharpies reported 23 fish in his secret spot. Who knows who’s telling the truth, but we generally expect Joe’s reports to be reliable. There were, however, a hundred skunks for every good fish.

Last night was the third showing of Reel People: Fishermen of Plum Island, and over the weekend we had 275 folks watch the film. So if you missed it, we have the DVDs on hand at the shop. Two guys featured in the film were in the audience, and I’ll put a photo of each for you to see a pair of great fish. 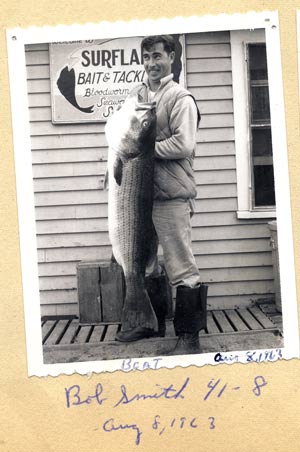 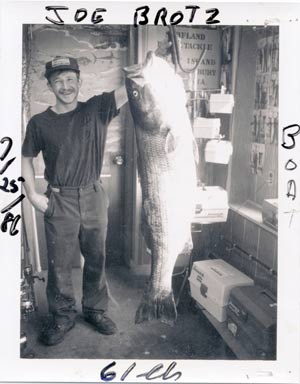