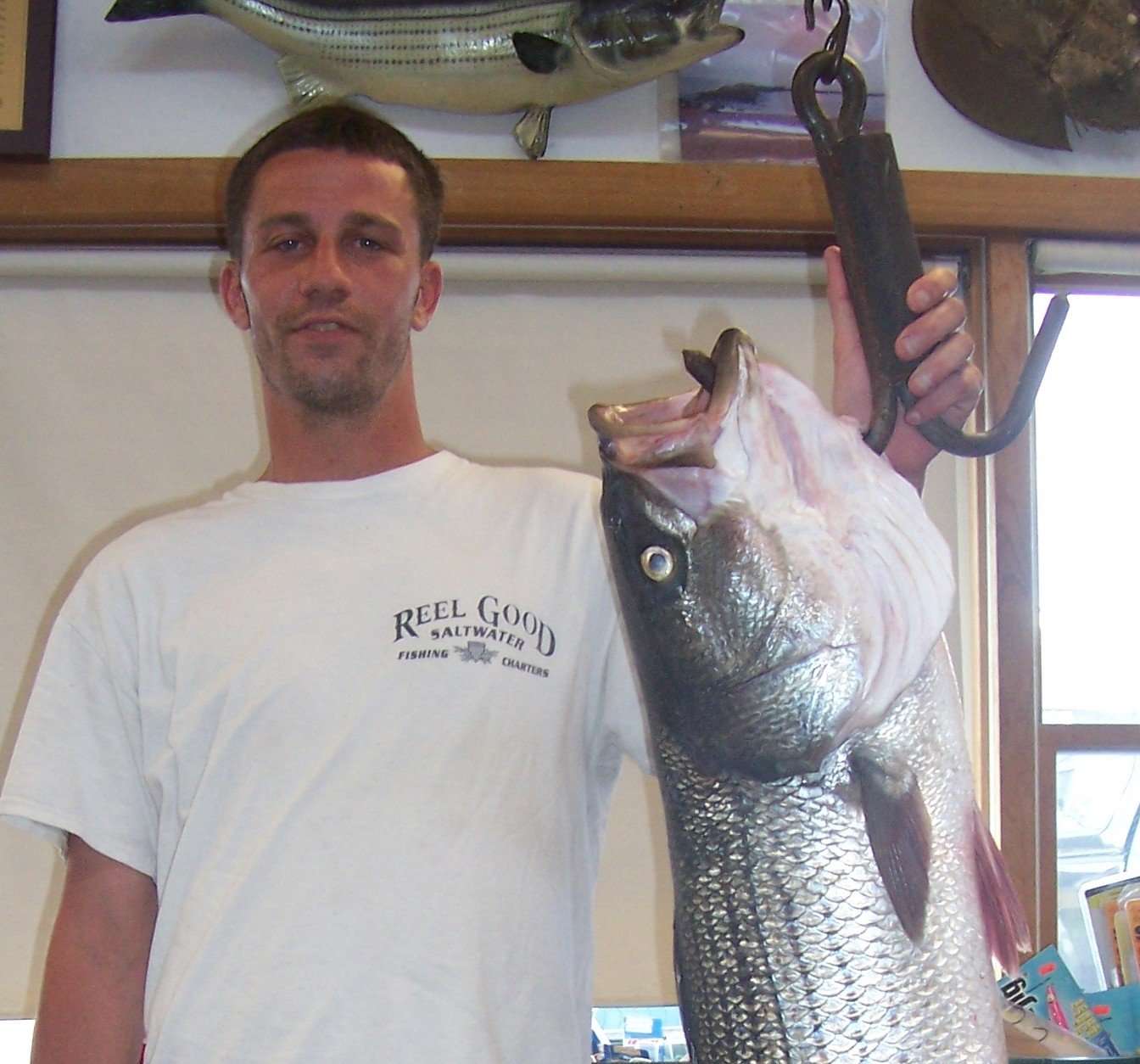 Posted at 18:23h in Uncategorized by Liz Cowie 0 Comments
0 Likes

So, Kay keeps telling everyone to come fish with your freshwater gear. That there’s so many little fish around that you could have a good time catching the fish on the light gear. Some people have done that, taken Kay’s advice over the years. I’m not sure if Kay had given Jeff Gentile from Amesbury that advice or if he just used what he had, but Monday he fished the southern end of Plum Island using his fresh water set up with a spinner bait attached and landed this 43″ , 24-10 pound striper. So, when guys look at us funny and think we are nuts when we say that you can use fresh water tackle to catch the big one……….congrats Jeff! 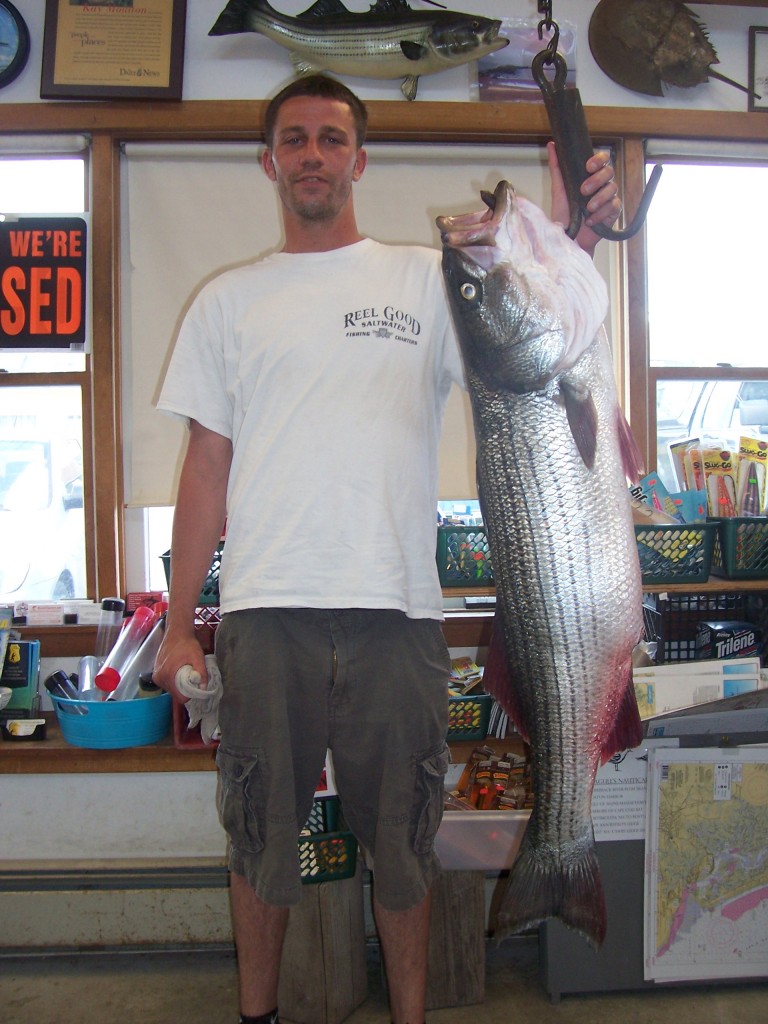 On Tuesday morning the river produced some fish. Fishermen were coming in to the store reporting of a 40 incher being caught. They said they got mostly small stuff, but saw this one big fish caught.  Not much later Paul Dagnese walked in with his 40″ fish. Paul from Reading caught this 21-3 pounder at the bottom of the out going tide on worms.

And soon after that, Mike Tompkins from Hudson NH was back in again with a 34″ 12-5 pound striper that he caught at the bottom of the tide on a chunk of mackerel. So the fish are hungry. Seems they are taking a variety of baits and lures.