Reports from last night were mixed. The wind was stiff out of the NW, making Joppa bumpy. There were schools, and a few fish taken on the fly and plastics. Moderate size. Later after the tide turned the fish perked up, and there were some big ones in the mix. Two fish over 45″ were reported using live eels. Haven’t heard from the beachfront guys yet, but there were blitzes of smaller fish in close, pushing bait right onto the shores for the gulls. This was on the incoming tide at dusk.

Here is 6 1/2 year old Nathan Master. a Plum Island summer resident, with his catch over the weekend. Dad, Dan Master (critter control guy, can’t miss him, big yellow truck) took Nathan out tube-n-worming in joppa on June 5th and they had a good day. It was a guy’s trip since Nathan has three, yes three, younger sisters. The boys needed a day of play. one of Surfland’s best young customers! We love you nathan. 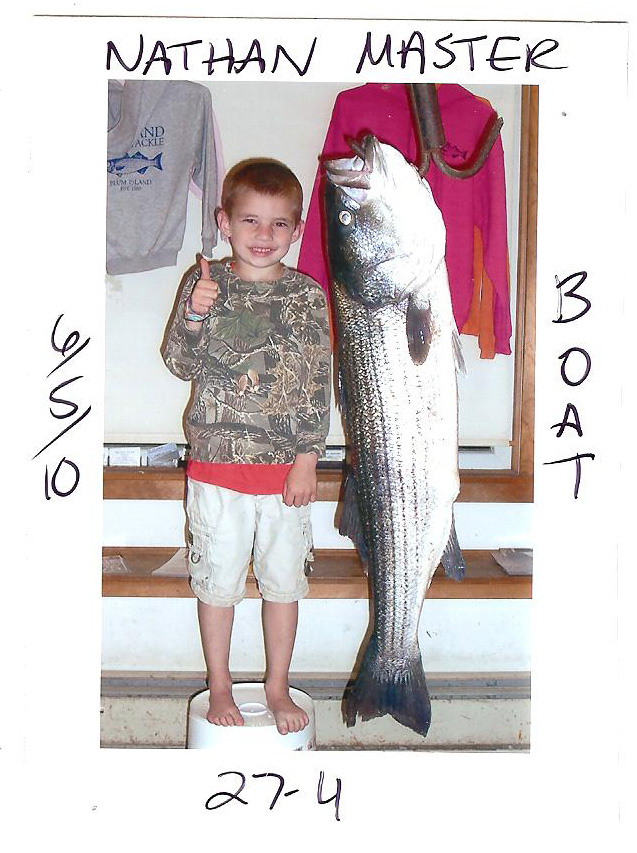 Well, poor brendan, a Surfland employee. While he was busy this past saturday, his twin brother managed to escape onto to Joppa to do so tube-n-worming and came home with some dinner. Next time brendan!!!

Brendan, however had a good day from the surf a few days later. The fish we all over the place. He managed to hook into his far share late afternoon where they seem to be running up and down the beach chasing bait. Then he headed out onto Joppa to try his luck tube-n-worming. Haven’t gotten the report yet since he is still in school and hasn’t been to work since. Will report later. 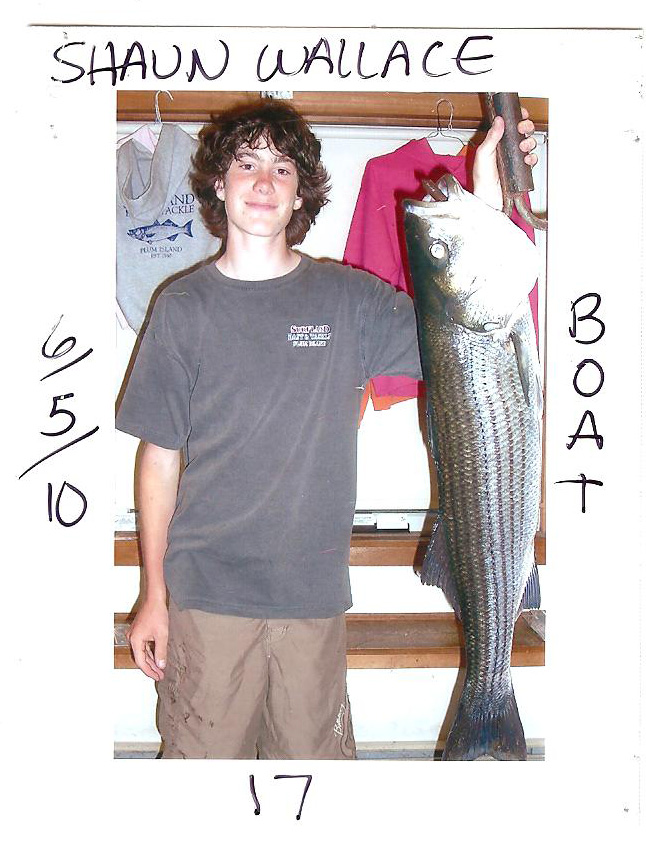