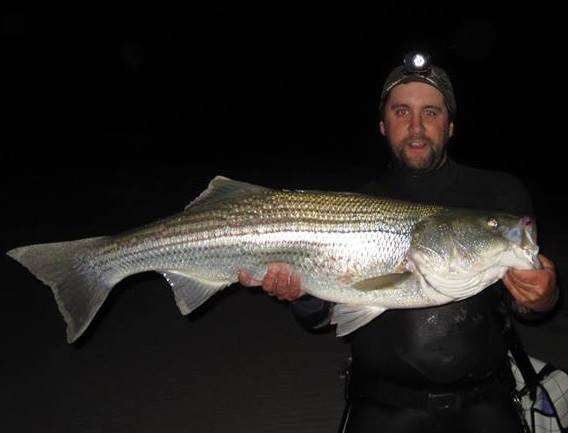 Posted at 17:42h in Catch and Release by Steve 0 Comments
0 Likes

I haven’t had too much to add to the site this spring, as it was a bit of a slow start for me, and I was hoping to have some good stuff to share with everyone before I did. Well this past week changed all that, so here we go…..

For the past couple weeks my good friend and fishing partner-in-crime Gabe Chuckran has been carrying on about how good the potential for big fish will be around the big moon tides that happened this past week. I was fairly skeptical, but our logs from last season showed that we did indeed find big fish in the area we were planning to fish during this same time period, so I was on board 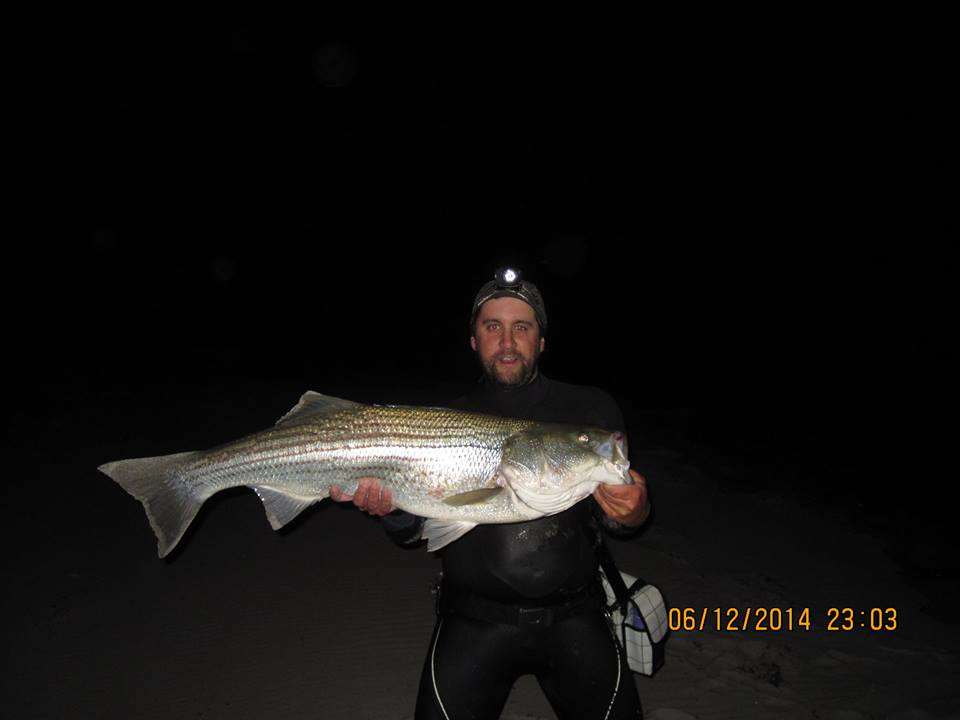 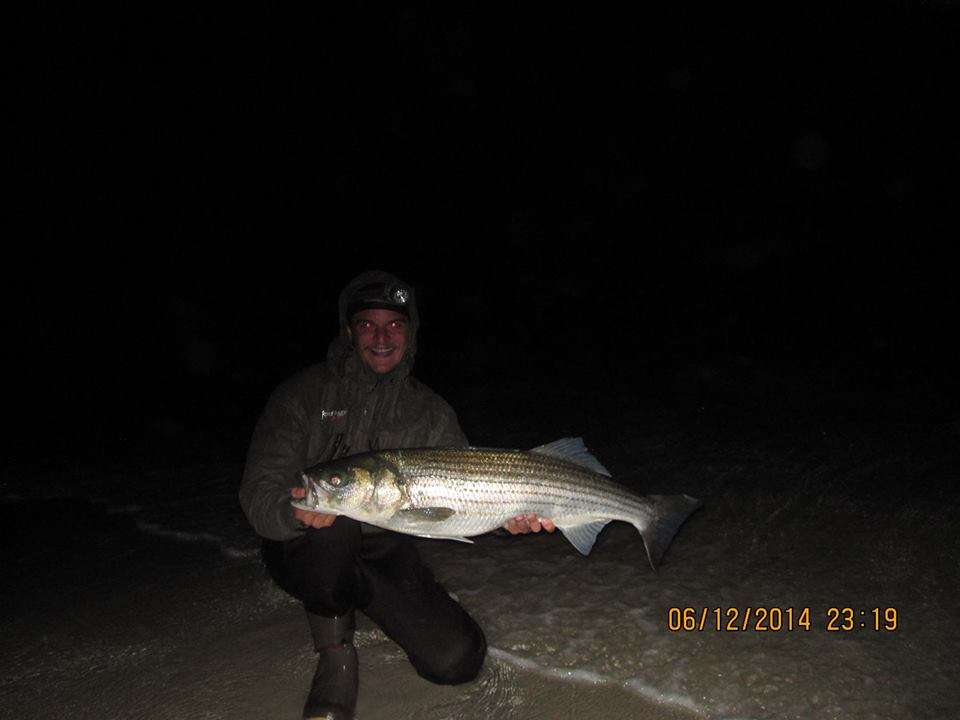 Thursday evening we arrived early on the incoming tide with plans to fish as late into the night as needed, but it didn’t take long for the action to prove Gabe’s “Big Moon tides, Big Fish” hunch was solid. Gabe opened the floodgates with a 41″ slob, and I followed suit shortly after with a fat 40″ of my own. Both fish came in around 22 pounds on my boga. For the remainder of the incoming all the way to slack we had consistent action with other fish between 32-38″.  By 1am we had both had more than our fill and called it a hell of a night. 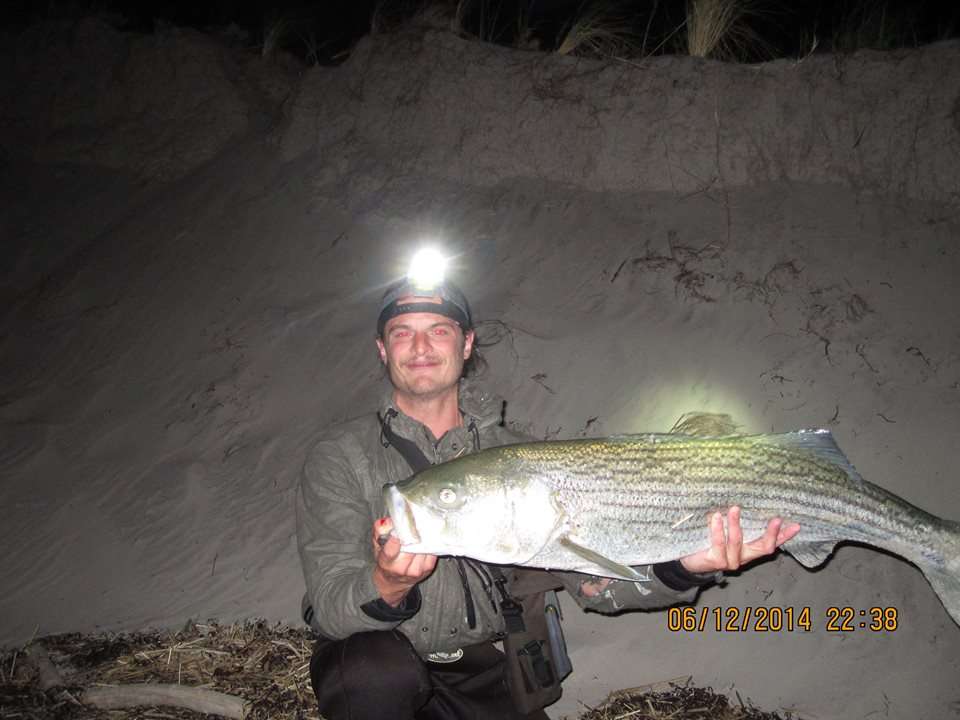 The following evening we planned to return to the same spot and fish the same tides yet again. Would the fish have moved on? Would lightning strike twice?  I couldn’t believe it, but it did….Same spot, same mix of nice mid 30″ up to 38″. As luck would also have it, this happened to be the first night of the Surfcasters Journal Spring Striperthon Catch & Release Tournament. After snapping a few pics with the required contest tag and tape measure as well as release, I had a beautiful 36″ fish to enter into the contest.  The next night, same spot, same tides, same fish! After all was said and done I was able to best my 36″ from Friday night with a 38″ on Saturday night. Hell, I even went back on Sunday night despite having to work on Monday and found the fish yet again. All told between the two of us we probably caught close to 25 fish in the 30-38″ range, with a few 40″ class mixed in to keep things real interesting. The best part, every single fish was released healthy to fight another day….. 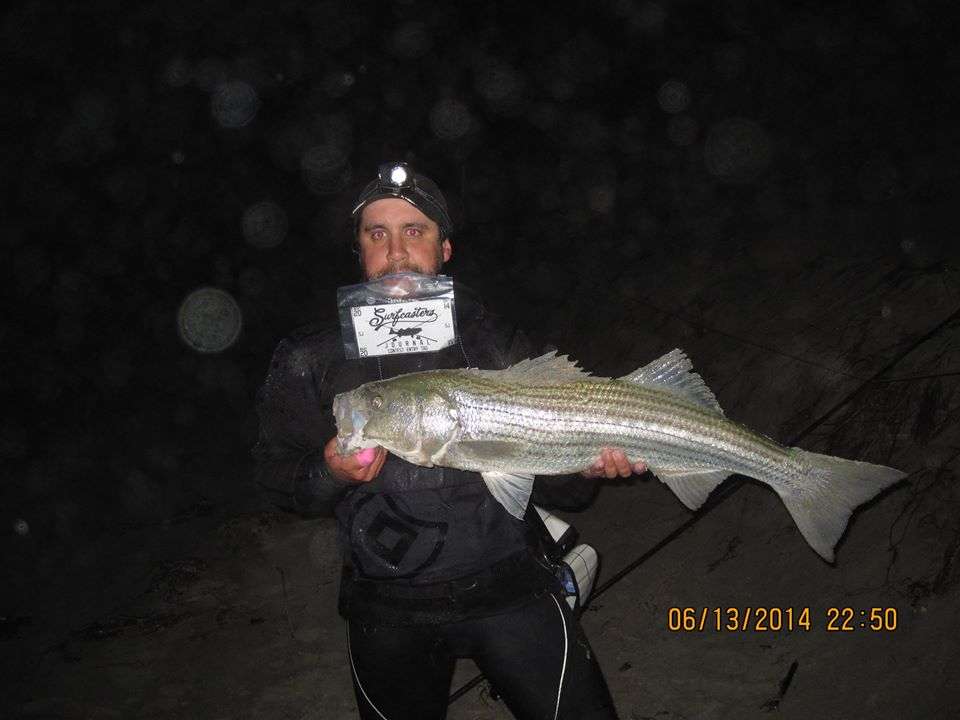 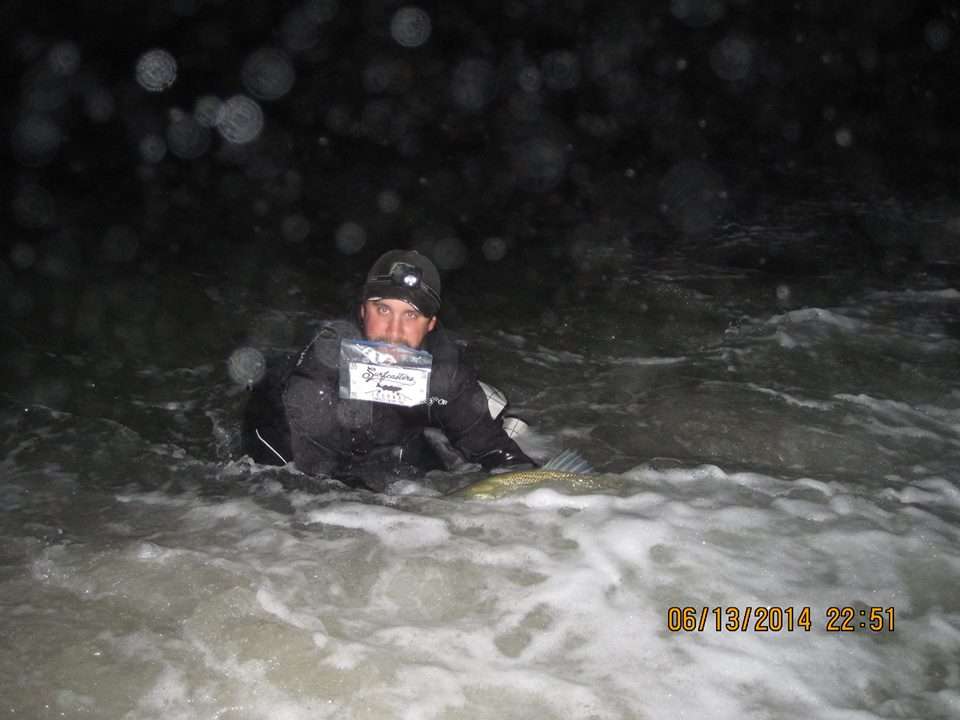 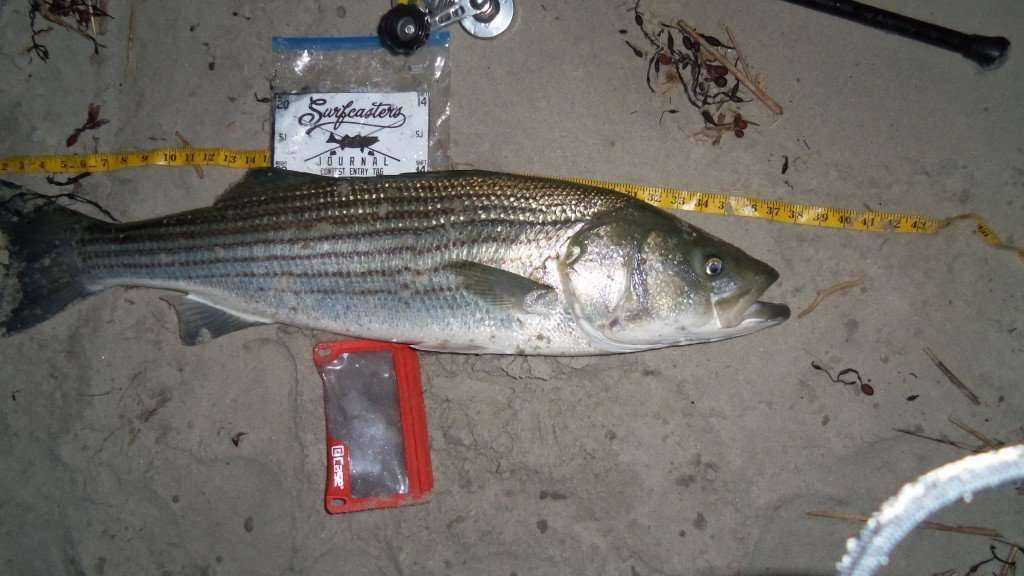 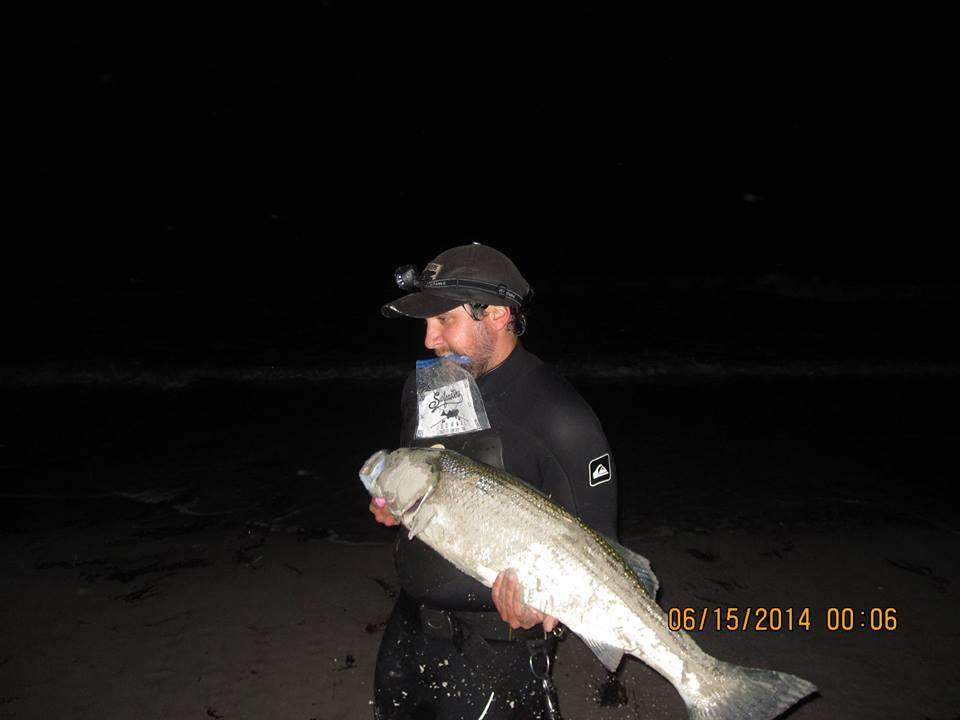 All fish came on needlefish of some shape or form, preferably in darker colors worked on or near the surface. These fish were hitting them and exploding on it like it were a pencil popper in broad daylight (which under a full moon on a calm night is a sight to behold!). Now the question everyone will ask …Where?Sorry, but I have been sworn to secrecy and would face a public flogging with treble hooks if I were to say which beach. I will tell you it is right here on the North Shore of the fine state of Massachusetts, but that’s all I can say.

Get out there and get fishing, the big girls are finally here…..