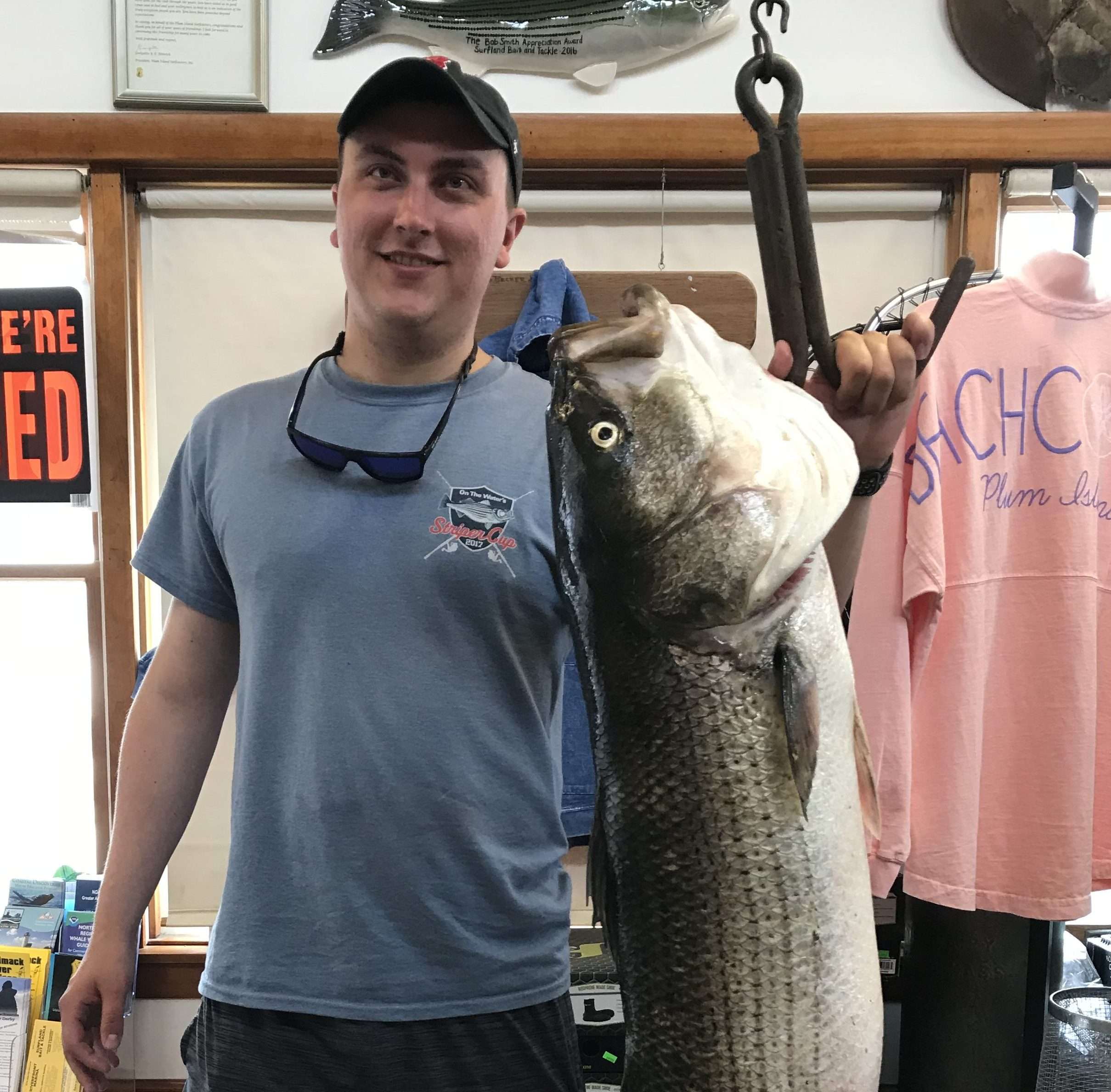 ***First off…..very very very touched. All your words are wonderful and have lightened our mood. And for those big burly fishermen that weren’t afraid to show us your softer side these last few days we applaud you. It was a change of roles for Martha and myself to now have to comfort you. It has helped us heal. Eternally grateful.

I was sent a message today and was asked to post for him…..one of the early crew.

Hey Liz, it’s Paul Szostak!!  Please post so everyone knows how much your Mom had an influence on fishermen from “1 to 92”!!!!! And is/was treasured♥♥!!

Liz, my heart is heavy for you, Martha and your other siblings! Your Mom was a legend! Whether or not I was lucky enough to land fish after visiting your Mom and grabbing my sea worms, my day was always made when I got Her to smile from cheek to cheek at 4:44 am…. yup, as you well know She was always early! I’m so glad I get to say Kay, your cool Mom ,was my friend!! God Bless Kay and Her entire family….. including all of us fisherman♥♥❗❗

We had another fisherman come in to tell us that he and his buddy, not long after meeting and learning from Kay name a rock they fished from Kay’s Rock. He told us forever it will be called that. Touching!

And as a testament to Kay about how she changed others for the better, here are some words from past employees. You guys are great! Mike Dryver came into the shop and Mike Curran also called in and gave similar stories to us about how they have reflected on the work ethic kay instilled in them. 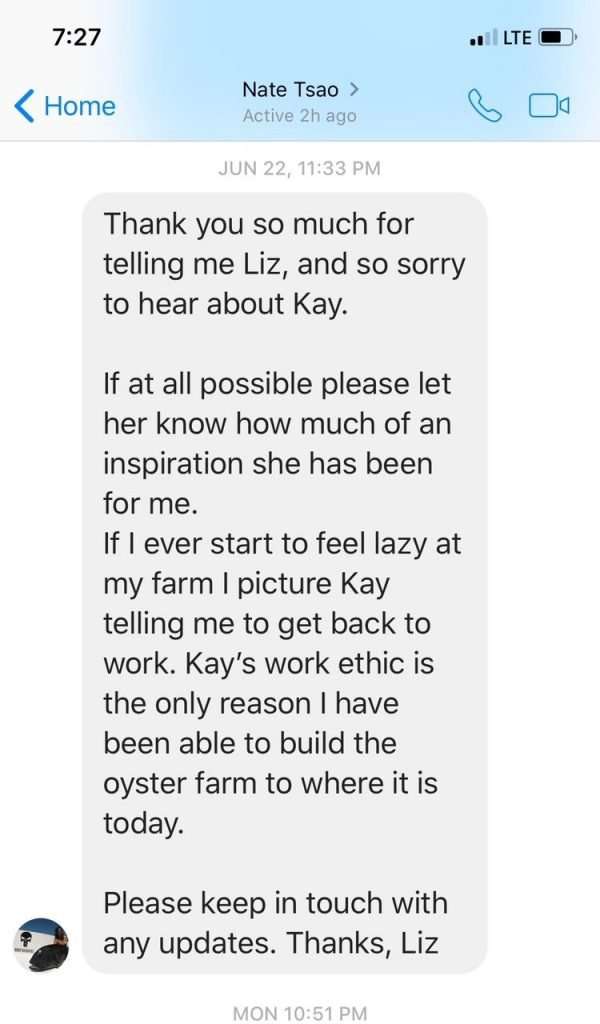 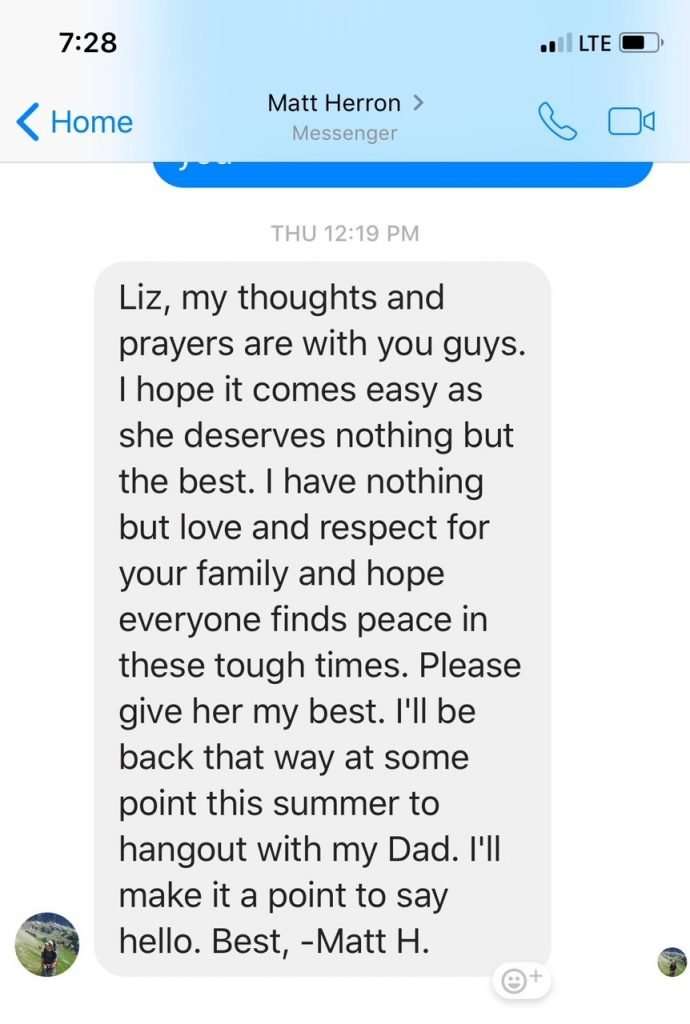 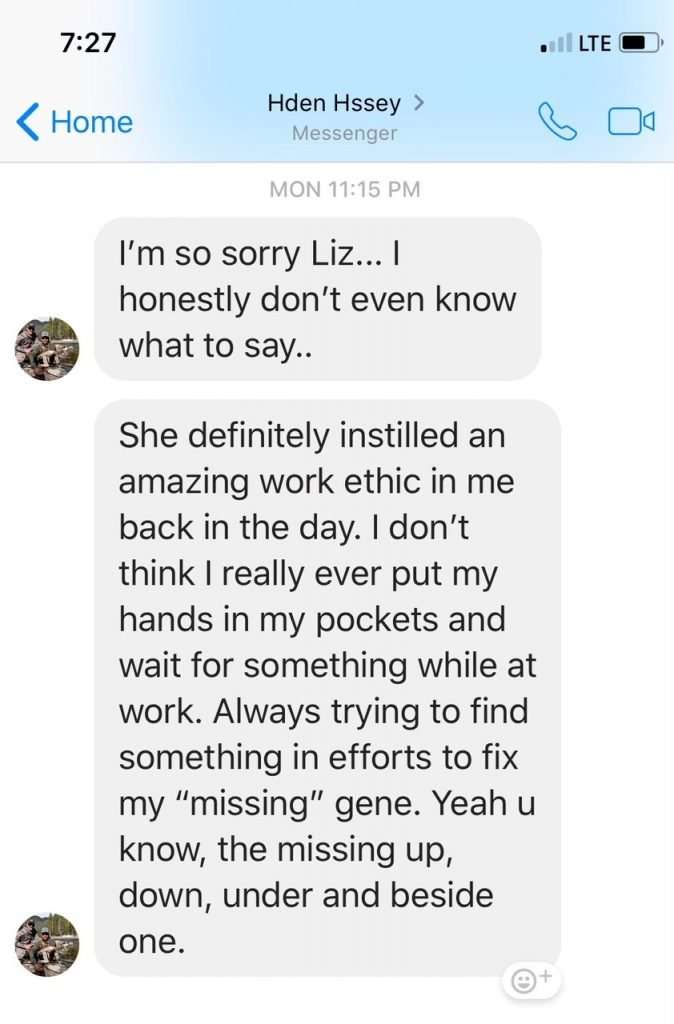 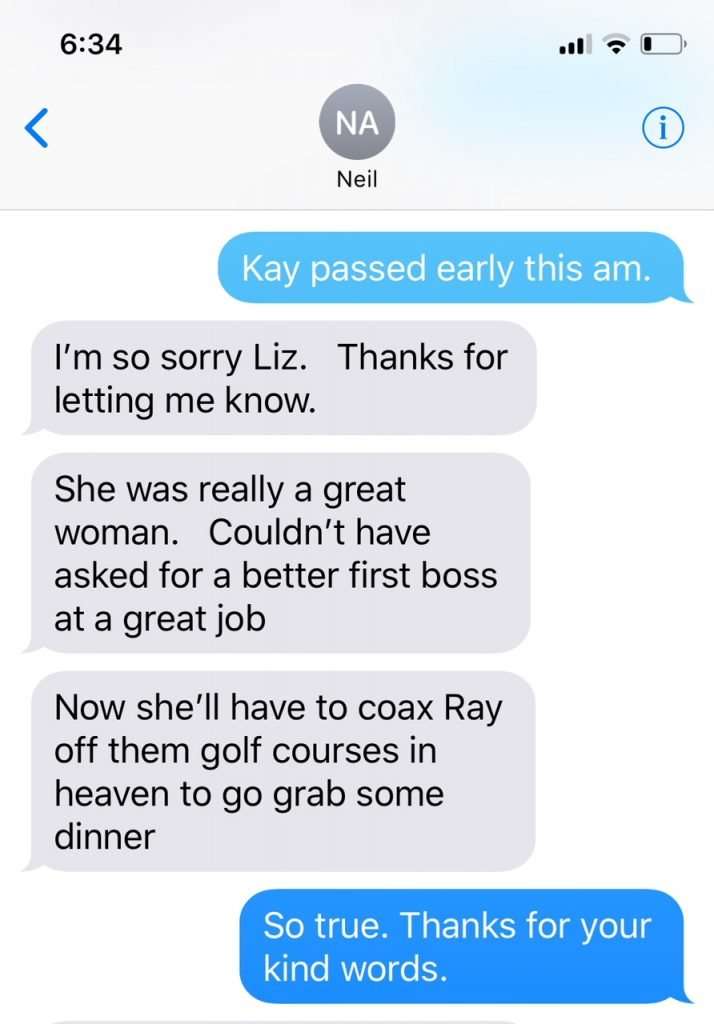 But now let’s talk fishing and Kay. Because Kay would not approve of all this sappy stuff! Kay’s star must of sprinkled some magic on the ocean along Plum Island because Sunday the beachfront was alive with activity. Fields of Pogies from the south side of the jetty to down along the waters of the southern end of the island. Michael Jaques from Nashua NH was out fishing with William Mitchell from Bill’s boat. The bass were pushing the pogies out front on the oceanside of the jetties right into the cove so they were easy prey. Michael caught this 35 pounder at about 6 am during the bottom of the tide. Then we had AJ Drivas and Paige Oldacker from Plum Island show up with this 26-3 pounder that they caught out on the southern end of the island during the incoming tide with pogies. AJ said the action was incredible, had a larger fish on and lost that. 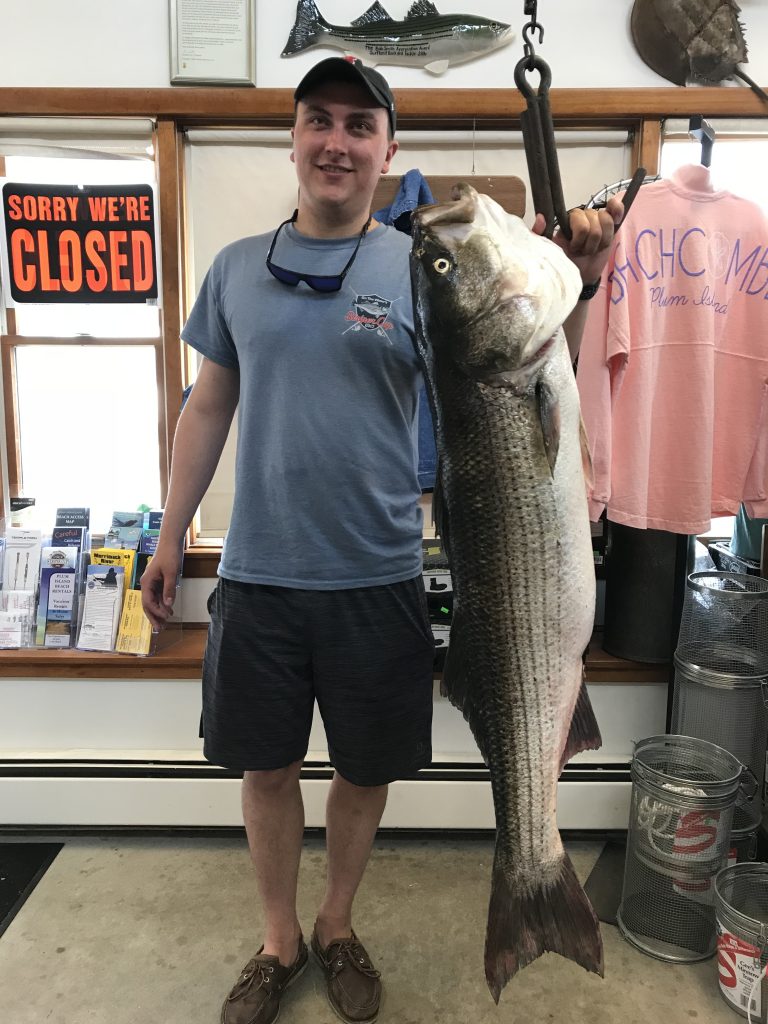 Then today the action was hot in Joppa during the afternoons high tide. Robert Pantanella who is visiting from St. Louis caught this 8-10 pounder today along with his friend James Antonelli who caught this 10-8 pounder. Both were using the good old tube-n-worm trolling around Joppa Flats. They said there was a lot of fish in the 18″ – 25″ range. These two keepers being the biggest they got. 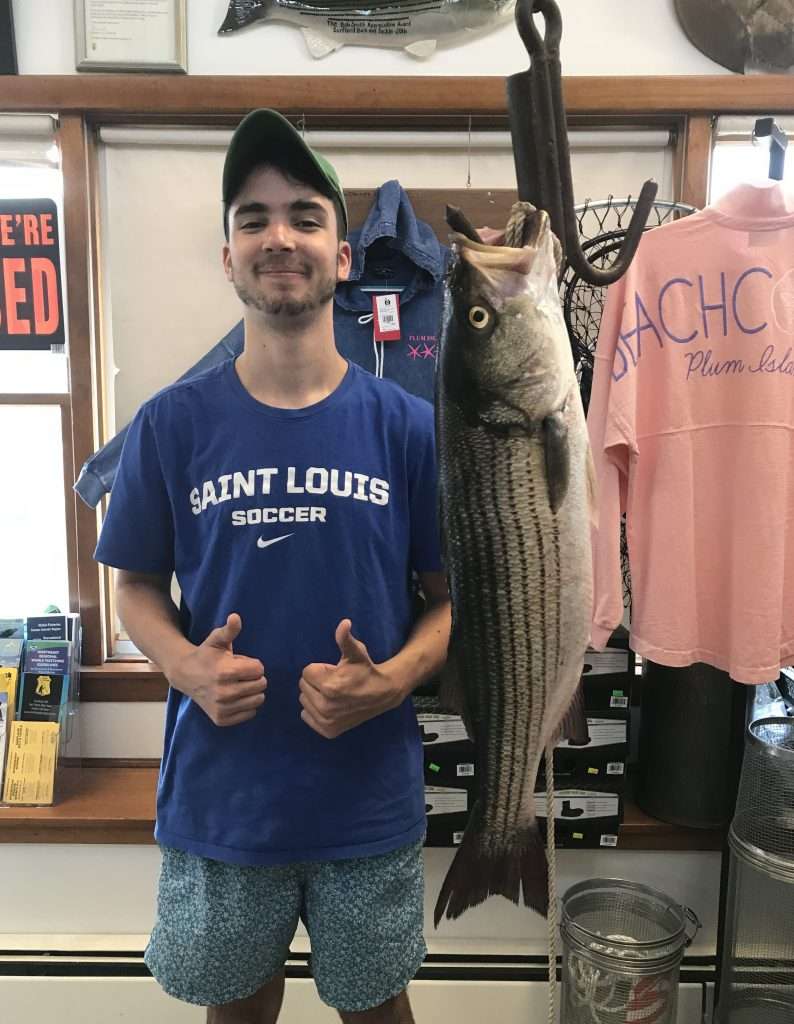 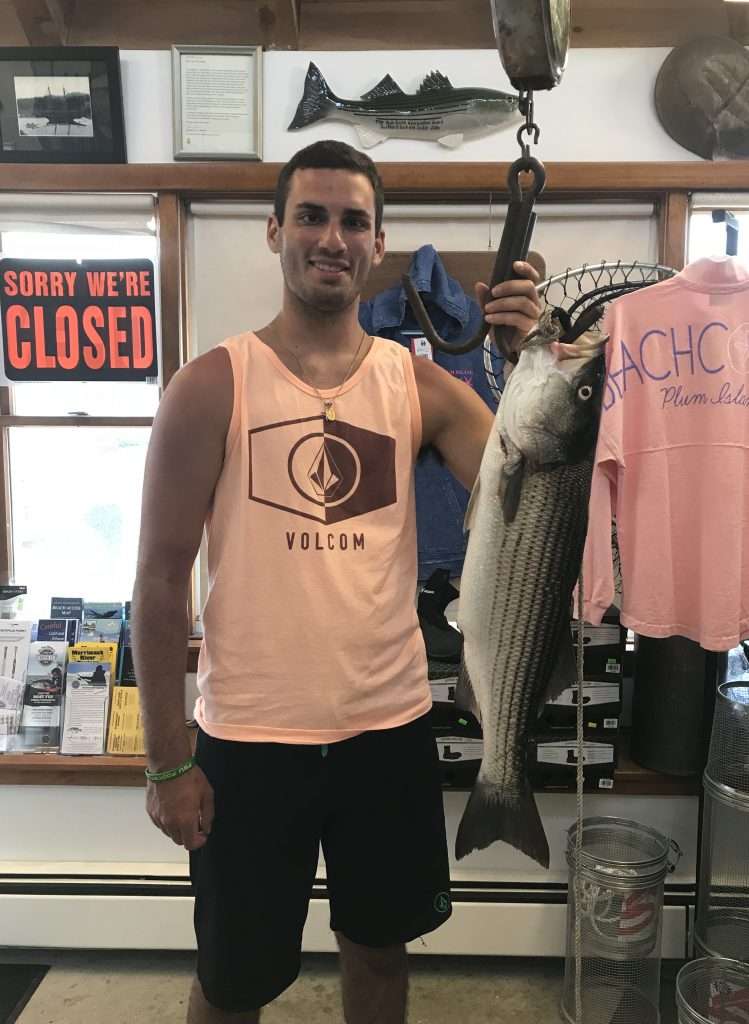 Kay’s star will shine forever on the fishermen of Plum Island or the Isle of Plum as some of you like to call our home.