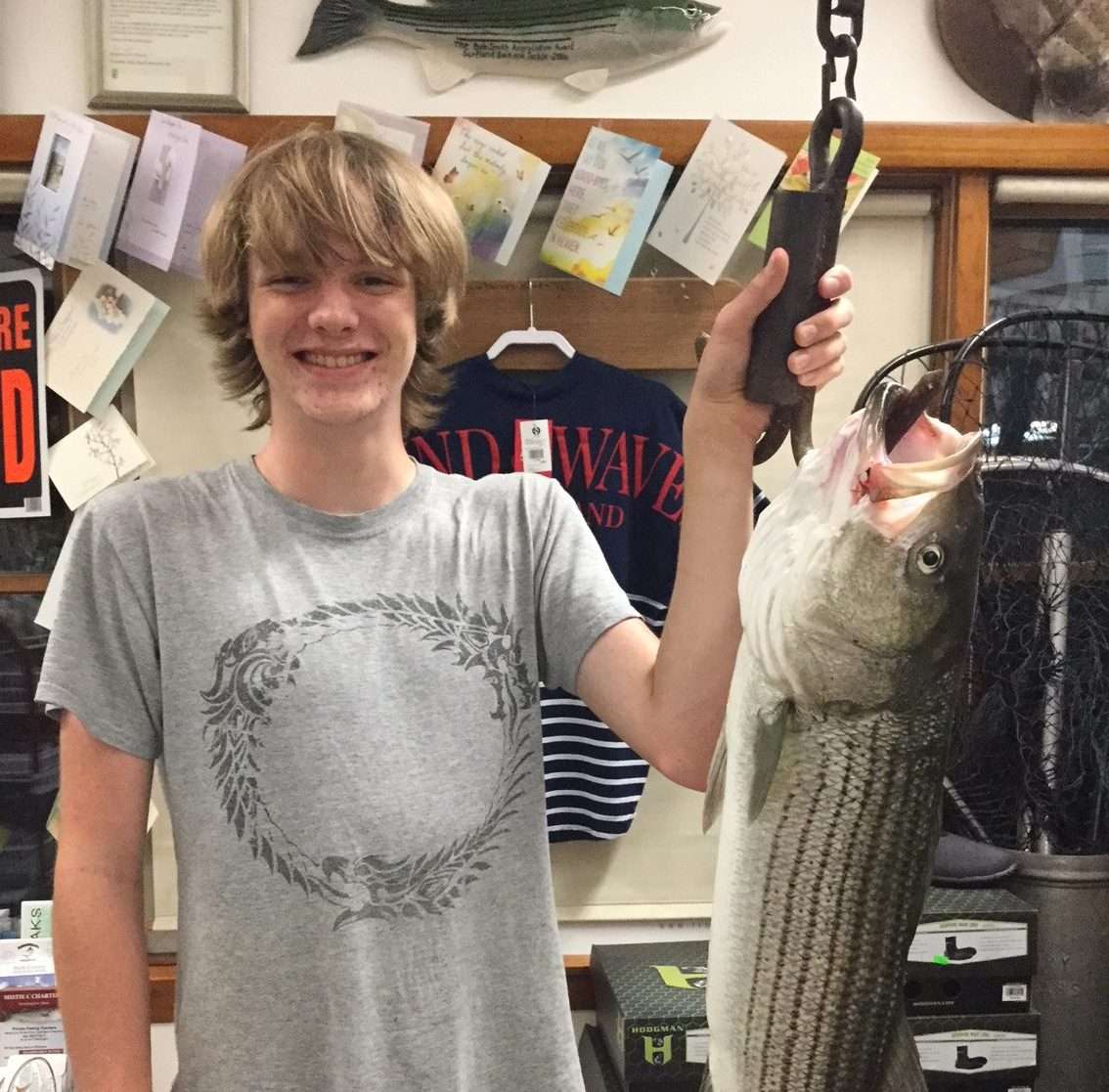 It has been a beautiful weekend here on the island. Lots of activity on the water these past few days. Schools of pogies busting everywhere, whales feasting on them, stripers lazily stricking when they feel like it, sharks cruising around, and we were told that the sturgeons put on quite the show at the mouth of the river leaping out of the water yesterday early am. Haven’t had anymore pictures sent to us, just stories when the fishermen come in from their day on the water.

It has been one tough week when it comes to bait. The digging tides were absolutely dreadful last week, and the heat drove the worms even deeper! But later in the week there will be decent digging tides and some nicer worms. The mackerel has been scarce out on the water. We have been lucky to get a small fresh batch most days, but that never seems to last long.

But this past week, worms and clams have definitely been the choice for a lot of the fishermen. We shared a picture the other day of a 27 pounder taken on worms. Last night before closing we had a 13-8 weighed in that was taken on clams along the oceanfront beach on the PRWR. 17 year old Jimmy Calvi from Haverhill was the lucky fisherman to have a striper take his bait yesterday.

We are still being told of fish up and down the beach. Mostly in the 10-15 pound range. You just have to throw out something and hope they like what you offer them.  In the river it is still a lot of schoolies in the 20″-26″ range. 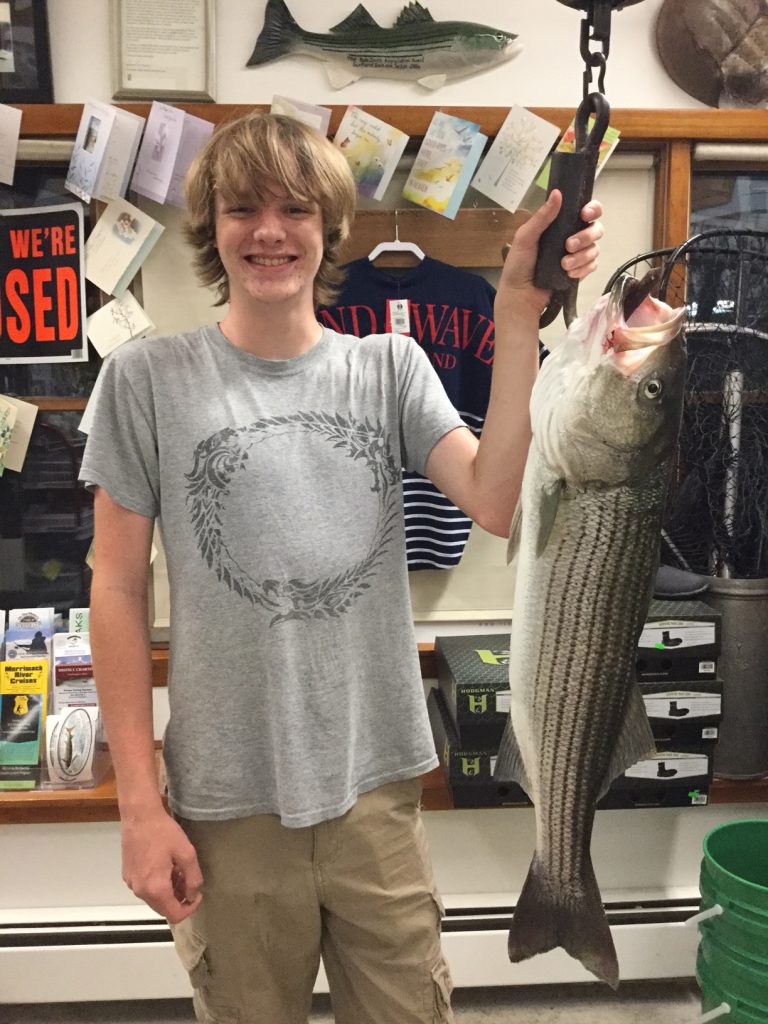