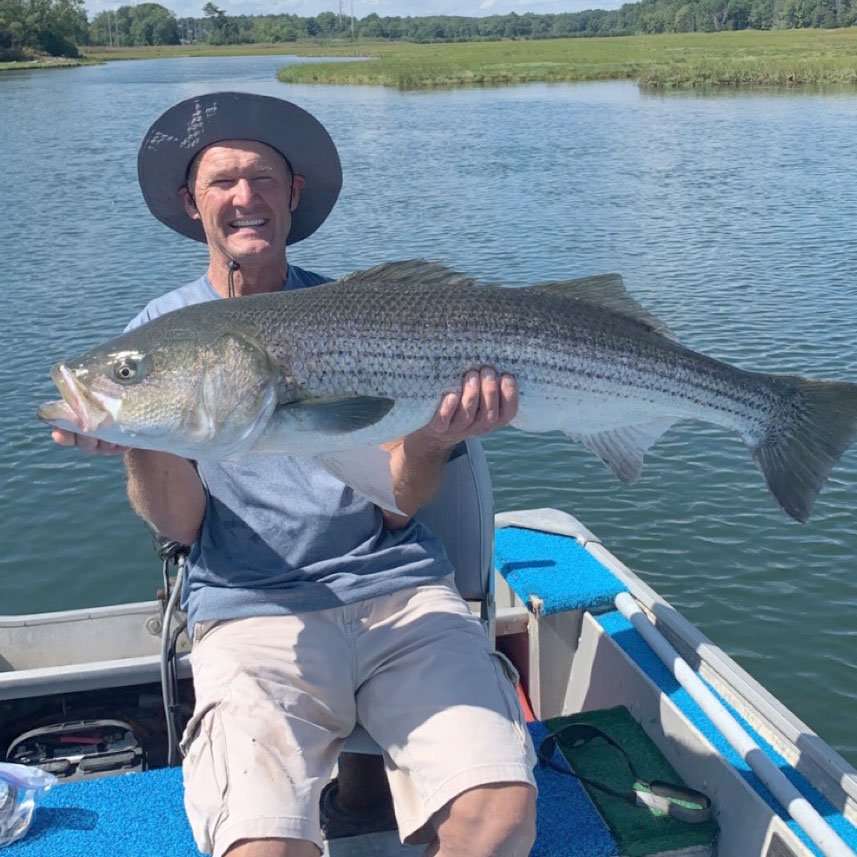 It’s rough out there on the oceanfront today. The mouth of the river waves are enormous! The swell from Hurricane Larry way out in the Atlantic has really pushed the sea in hard. And this is no joke. Ten-foot waves that have the tendency to crash in the shallow water, race up the beach, splash your trousers, and drag you back in the water. Honestly, be careful out there. You’ll likely have to deal with seaweed while surfcasting, and a ton of lobster traps washing up too.

Fishing reports are thin right now. No one is boating out front, and the usual suspects haven’t been calling in. Some jetty guys, though, have grabbed a few slot stripers. Good eating size at about 30″. Swimming plugs are reported as effective. There are some rumors that Joppa Flats has turned on again. Haven’t heard what size fish are being taken, but I have seen some schoolies pictures from there.

We hope the refuge doesn’t shut down the drive-on folks this weekend because of the surf. Best check with the Parker River Wildlife Refuge site before you drive your four-wheeler up here.

In the Shop
We just got a shipment of big, beautiful, and angry sea worms. Martha says they’ll be spectacular bait, especially for tube-and-worm fishers. 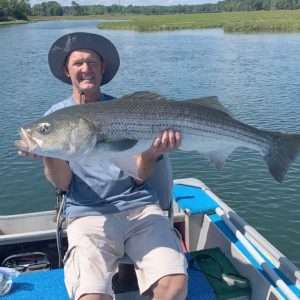 Hi Martha, my biggest from the Hampton marshes. 48″ long 24″ girth. Safely released to fight again. PS, thx again for repairing my reel on such short notice. Your mom would be smiling…😊 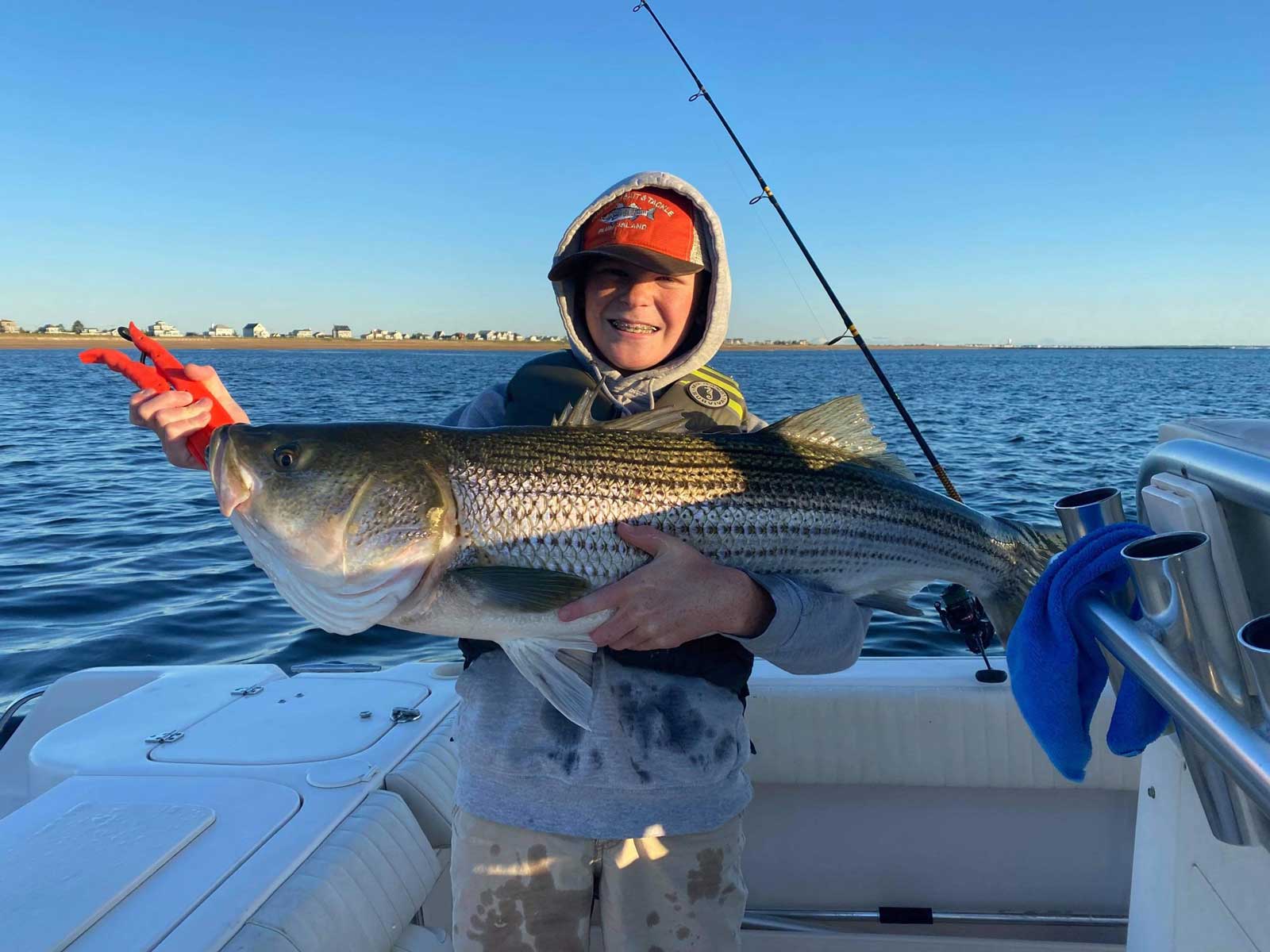 Here is a photo of my sons monster – Caught by boat on an SP Minnow in front of Plum Island this past weekend! We didn’t even take the time to measure – just a quick photo and then safely released.