Local fisherman (and legend in his own mind), Larry Ogden, hit the  beach this morning down the refuge and walked the beach casting metal lures.  Larry fished from about 7 am through the high tide and into the start of the out-going. He reported that there were a lot of terns diving and working in close picking up some bait fish.  He thought maybe sandeels or blue back herring, (boat guys are reporting fields of the little herring so our guess it them). He also stated that there were Ganets further out close to the surface but he didn’t see any diving, which is a shame because the are something to watch!. Larry also stated that he saw some guys throwing small surface plugs and they were catcing some blues and he also saw a bait fisherman reel in a striper further down the beach. His best guess was that it was 24″-30″.  Although Larry didn’t manage to catch anything much himself he did mange to pick up this prize on the beach(literally!):

Kay says that she believes it is a Lookdown (or a Moonfish), but we are not 100% sure.  Any other weigh-ins on this liitle guy? Looks like he should of been in the movie Finding Nemo with that mug!

Note: he also has had a liitle run in with something that tried to take a chomp out of him………see the teeth marks. He was 2″ long. 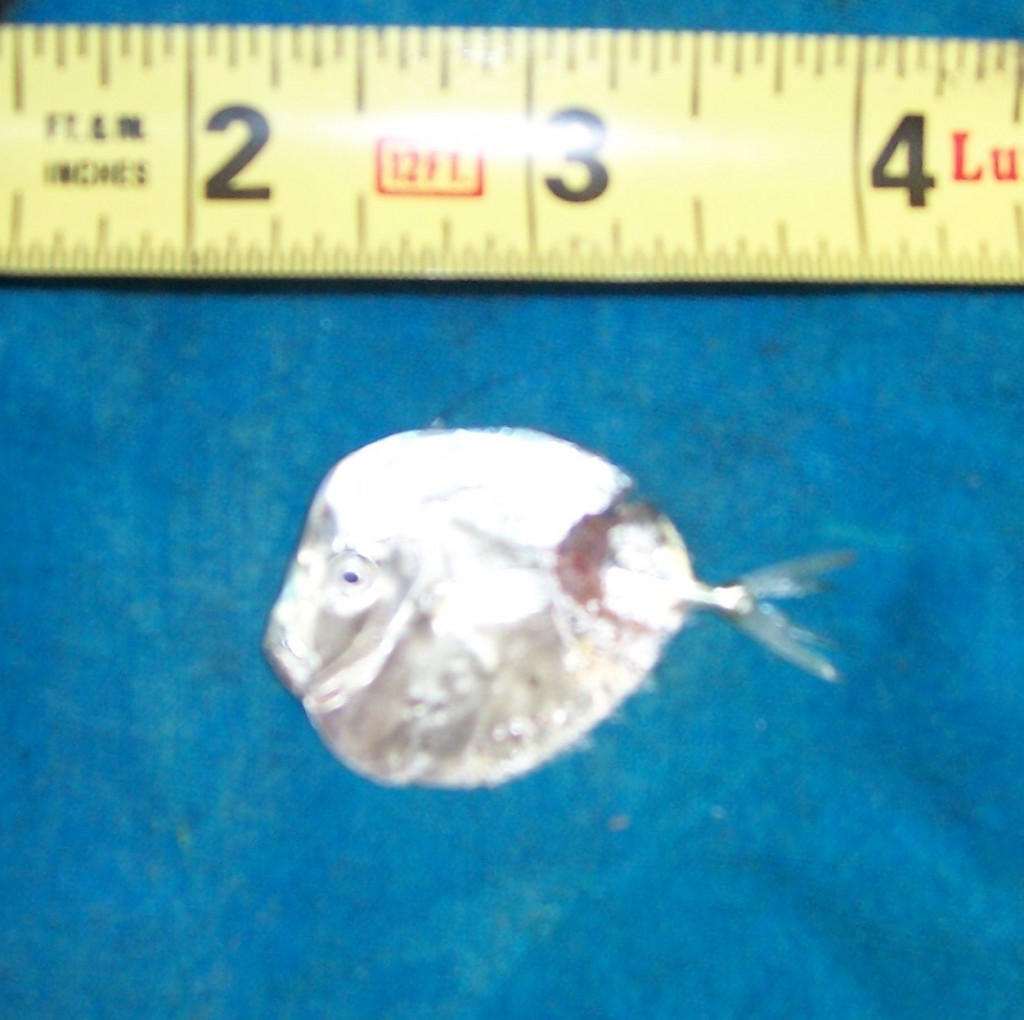 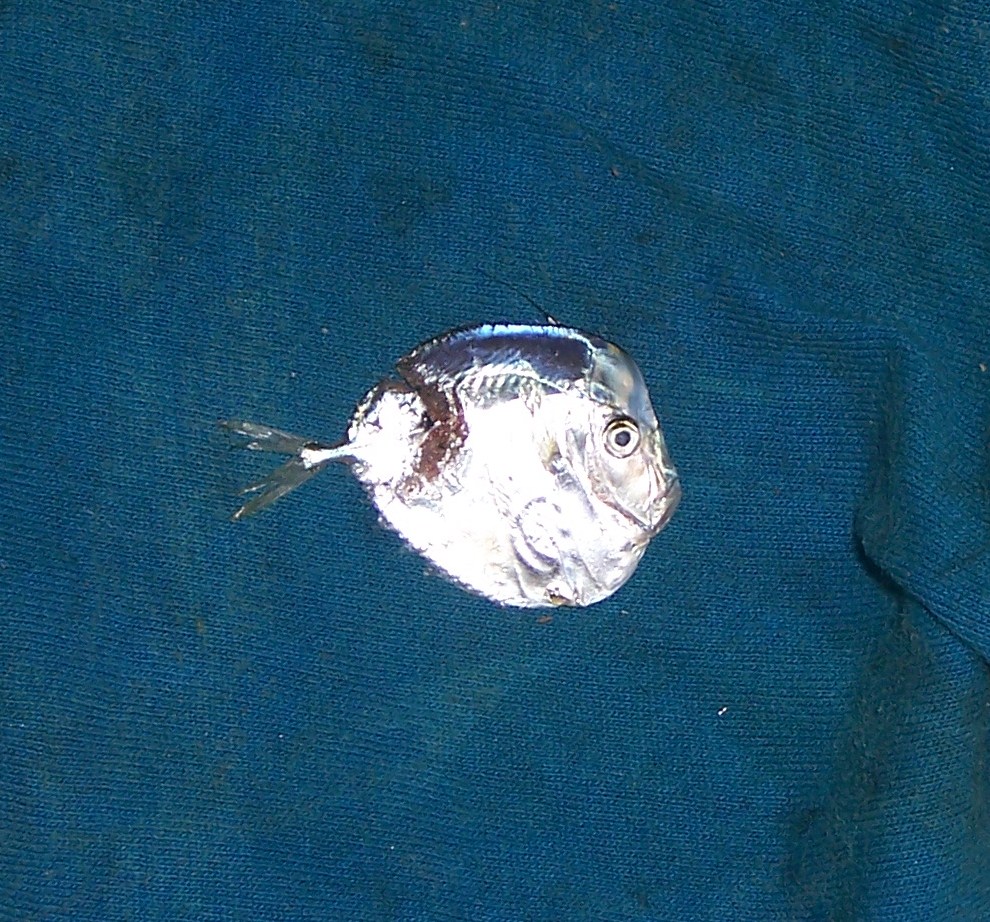