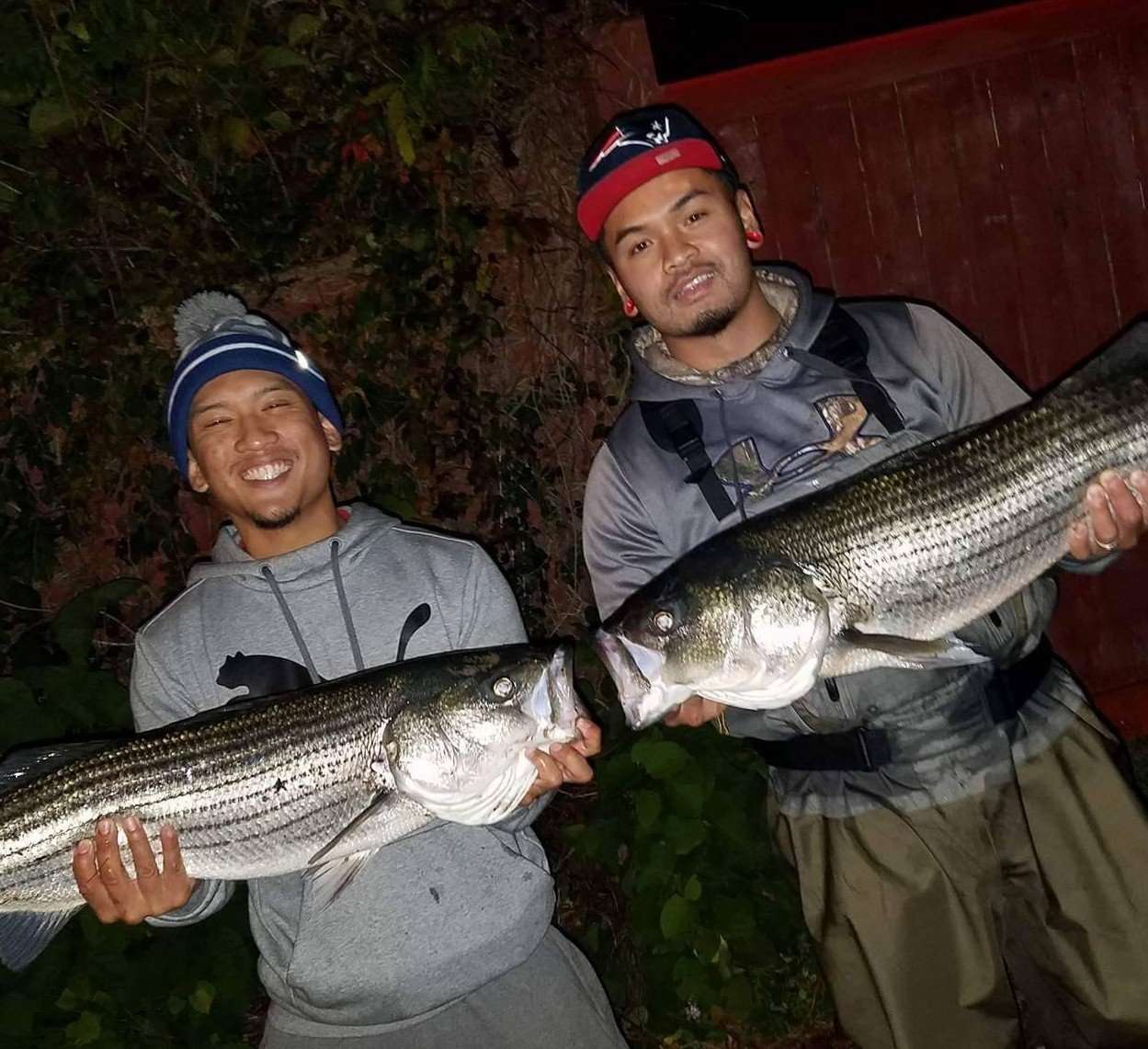 THURSDAY seemed to be a hot night for fishing. We have the Kelly Boys (+ one) that were out on the water in a boat. Out to learn the rules of the river on their new boat and fish the southern end of the island with eels from the boat. The report from Ed was “Loads of fish still around. Incoming tide. Eels. South end of the island”.  All I want to know is……..who’s that in the background???? Miss our TK!

Also had this picture sent to us featuring Tony Chay and Brian Im in Ipswich on eels last night. Nice mug shots! Again, this was Thursday night! Big fish around, what are YOU waiting for??? 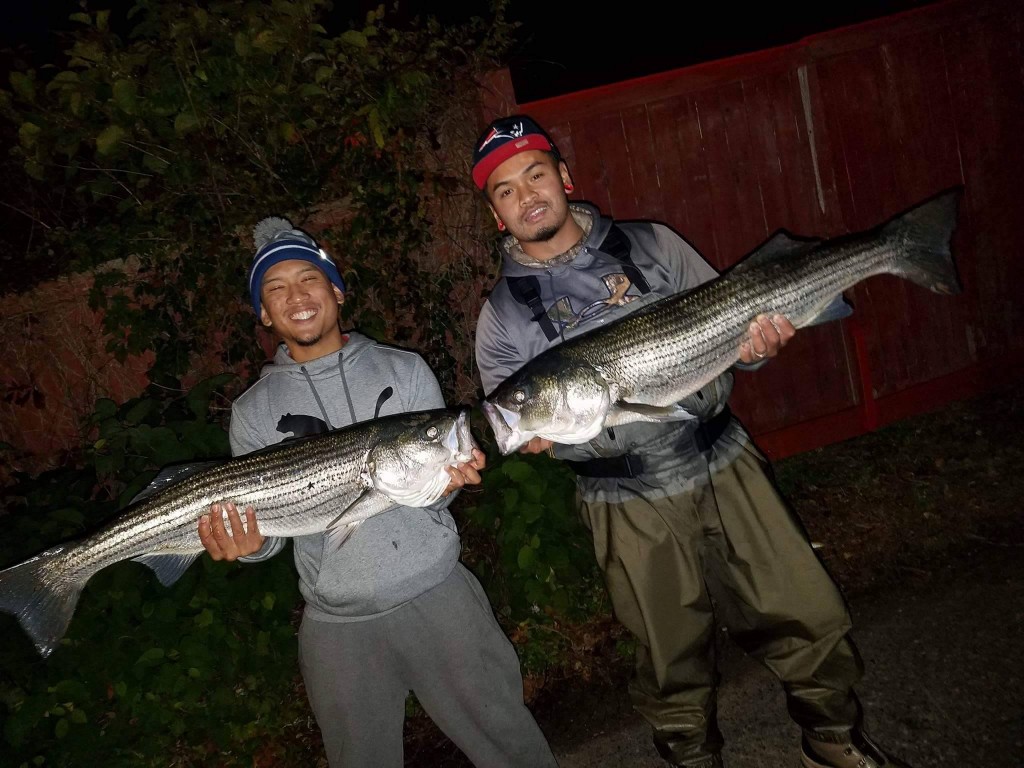 All week long we have been hearing of fish being caught from the northern end of the island to the southern end and other places nearby. Some days are just better than others, and Thursday was one of them!