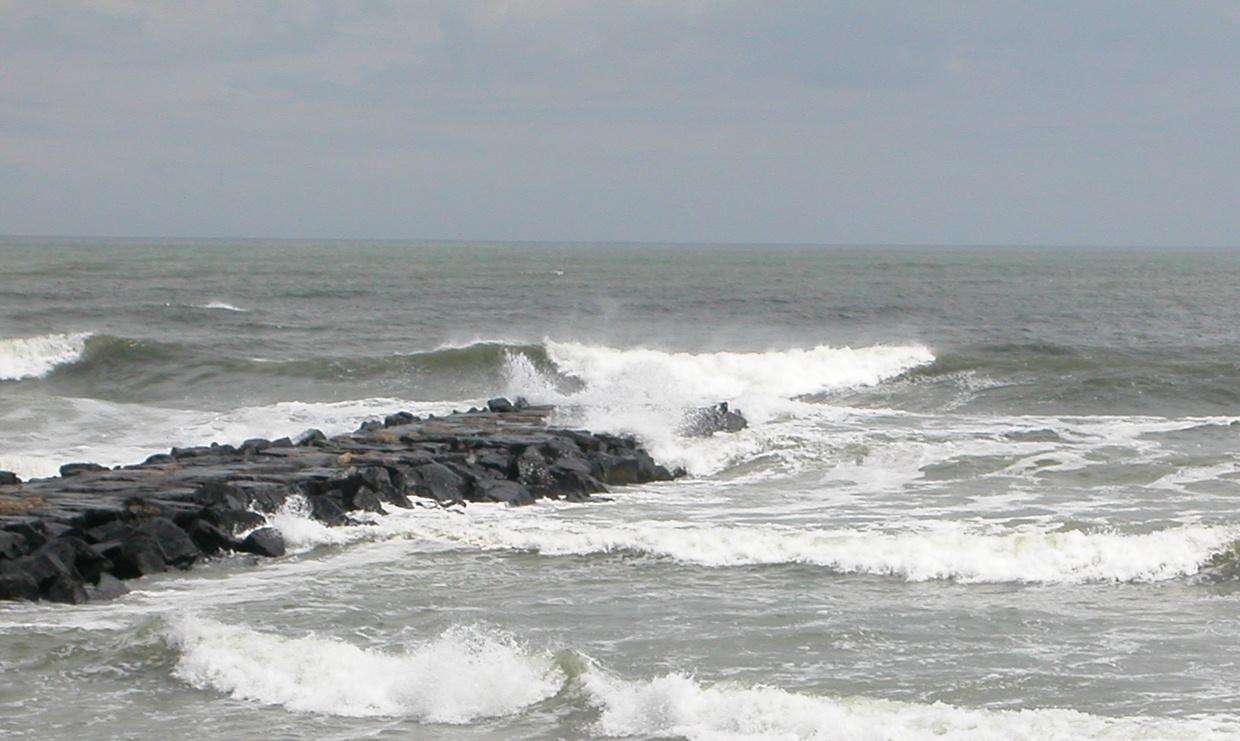 Posted at 18:52h in Uncategorized by Steve 4 Comments
0 Likes 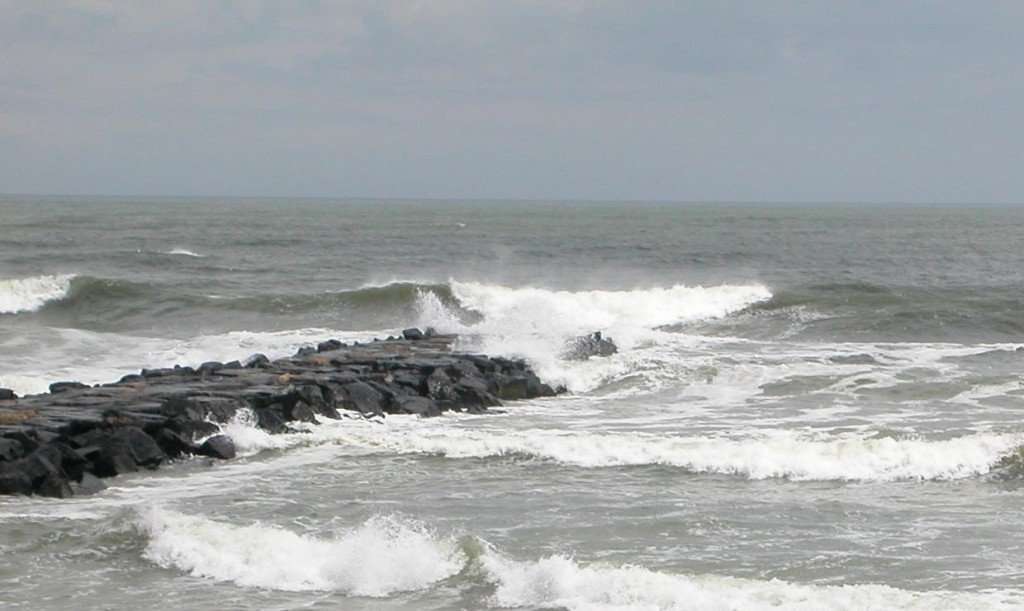 This past spring I had an especially scary experience which taught me a valuable lesson, knowing my limits and when to just let a lure go. Growing up as a fly-fisherman, I was accustomed to getting my fly hooked on a bush or a tree behind me. I had no problem pulling the branch down or going into the brush to get my precious fly back. When you start spending 15-20 dollars (sometimes more..) a pop for a plug, the motivation to get that back becomes even stronger.  I learned my lesson last year, the hard way….

It was a cloudy May afternoon and I was fishing along the PI Beach front right down the street from Surfland Bait & Tackle. I was walking the beach tossing a Daiwa SP Minnow, and I had already picked off a couple low 30” fish. As the fishing began to slow down, I eyed the jetty as an opportunity to get out and reach some deeper water.

I was in full gear…Waders, Jacket, Plug Bag, Boots, Surf-belt and other accessories. Making my way out on the jetty I thought I was being careful by noting the tide and the rhythm of the incoming waves. In my experience waves seem to come in sets. Typically in a set, there is one wave bigger than others; this tends to come towards the end of a set. After a few casts I started to vary my cast and retrieve to see if I could find where the fish were hiding. I sent one particular cast almost parallel with the jetty and proceeded to work it right along the edge hoping to coax a striper. Instead of tempting a fish, I caught a lobster trap and its lines which were tangled in the rocks of the jetty. I stood for a moment observing the stuck lure and surmised that I could probably climb down there and untangle it between swells without much trouble.

I set my rod and reel down on the high rock that I was perched on and waited for my chance to jump down and free my new favorite lure.  I went down and began to try to free the Daiwa SP, quickly realizing that it was not only stuck but its hooks were embedded in the rope. My learning moment was just about to happen…

While trying to free the lure, I heard the roar of the surf approaching and I looked up…

The head high wave hit me directly in the face and knocked me off the jetty. Thankfully I had on my wading belt which slowed the amount of water flooding into my waders. When I got my head back above water I was looking directly at the jetty. Selfishly my first concern was not my own safety, but the expensive Van Staal reel and St. Croix rod that I thought I had left sitting safely on the jetty. It was gone. Scanning the water around me I saw the rod tip and the top two guides sticking out of the water like a shark fin. I grabbed the rod and tossed it back up onto the jetty before hoisting myself out of the drink.

I crawled up onto the jetty, soaking wet, waders full of water and a sporting a bruised ego.  I stood in the warm May air shaking, not because I was cold but because of the adrenaline and irresponsible situation that I just put myself in, I proceeded to shout obscenities, not at anything or anyone .…just me, for my stupidity. No one’s fault, but my own.

As I walked off the beach trying to process what had just happened, I looked around; there was not a single person anywhere who could have helped me. I considered some of the worst case scenarios ……”What if I was knocked unconscious? What if my waders had completely filled up?” there would have been nobody there to help me…I would have been in deepshit.  But I was lucky that day, and I won’t test my luck twice.

I learned valuable lessons that day. First, know your limits of what is safe and what is not. Jetties are no joke. I was fishing on an incoming tide and the swells were getting bigger and bigger. I should have said no to the growing swell and continued working the beach. The second is that there is no lure which is worth risking your life for. If you get your $20 lure stuck it in the rocks in a sketchy spot, just let it go…

I’m thankful I could learn this lesson without having to lose more than a $15 Daiwa SP. Hopefully you can learn something from this story and not learn the hard way yourself….