Boston Dave has graced us with his presence today. He was here visiting with Kay early this morning before heading down to the river to try his luck on the outgoing tide. He asked Mike to make him a smaller version of the tube-n-worm. Mike made him up an 8″ version and off Dave went. Dave went to the river to fish the “rip” tide and not long afterwards called in to report to us that he has caught a 28″ and an undersized striper on his new lure. Below is the lure and the maker and the angler upon his return. Also noted that Dave caught a schoolie yesterday using his 12″. 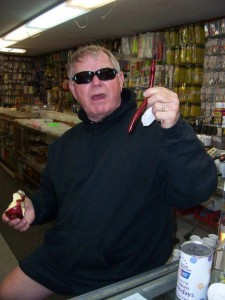 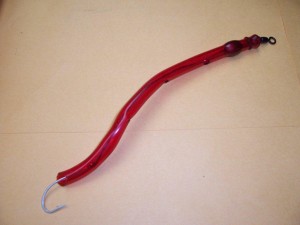 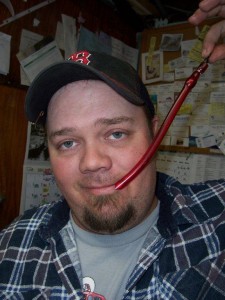