We have had a mixed bag this past week. People have fished the north tip of the island to the southern end and lots of places in between. low tide in the mouth of the Merrimac River has  had good luck this week with bucktail jigs and swimming minnow lures, while others have gone the bait route and have hooked into a lot of small fish with the occasional keeper. We have had a lot of guys fish the oceanfrfont this week with bait and they have had good luck with worms being #1 and clams right behind them at #2. And now that the road to Sandy Point is open we have a few people having good luck down there. 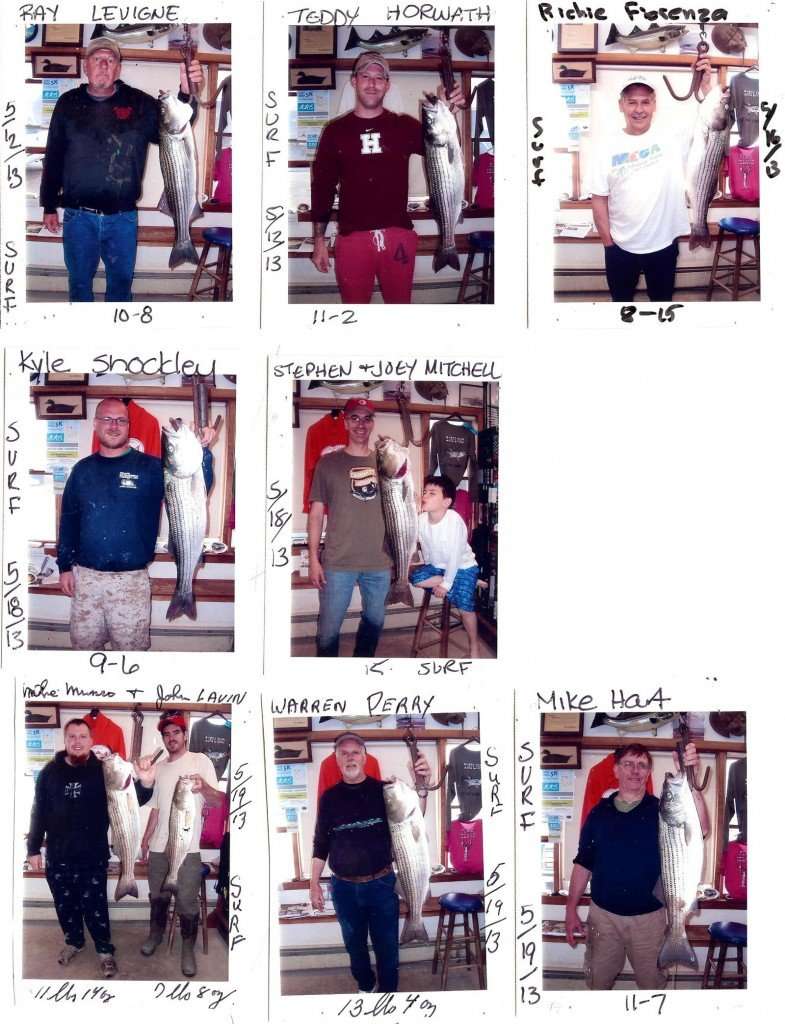 The Kelly boys hit the oceanfront from day break until mid afternoon and reported a lot of schoolies. We also had a lot of guys fishing the plum island river for the top of the tide and the start of the outgoing. These guys are reporting a lot of small fish also, but Mike Munro & John Savin pulled out a couple keepers.

SO…………..bait or lures, both are working, it comes down to your preference!

Local fisherman and Plum Island good guy, Steve Moore just came in (6pm Sunday night) with this beautiful 15-5 pounder that he caught on worms along the oceanfront during the top of the incoming tide. 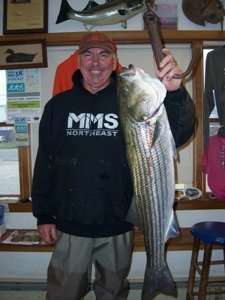 Well, here is Gavin McAlinden who is visiting here from Ireland. He caught this fish up by the Plum Island Bridge on the top of the tide using a top water lure. Nice job Gavin, Ireland will be proud! 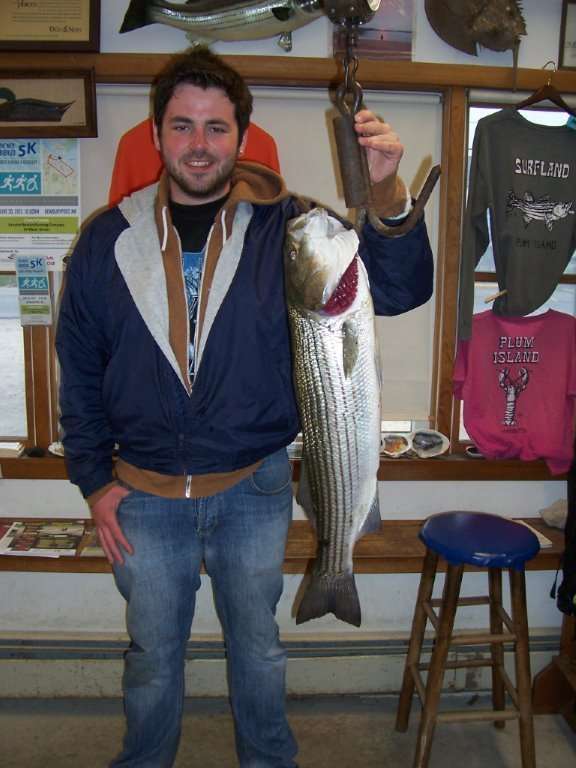 We had a few people around yesterday fishing. Scott Maguire from Summer Job Charters says Joppa is loaded with fish. Must be, there were quite a few kayakers there in the am. On the island, or should I say at the bridge they are picking up schoolies during the top of the incoming into the outgoing. Now we had Coach Bossi in in the am with his   10-4 pounder that he caught during the top of the tide using soft bait lures on the oceanfront near the jetties.  Then later in the day Mike Winn caught this 11  pounder at dead low in the river using clams.

Sorry to say, but the flounder fishing is very slow. haven’t heard of much except one or two here and there. Let’s hope for some nice warm weather this weekend to bring them in! 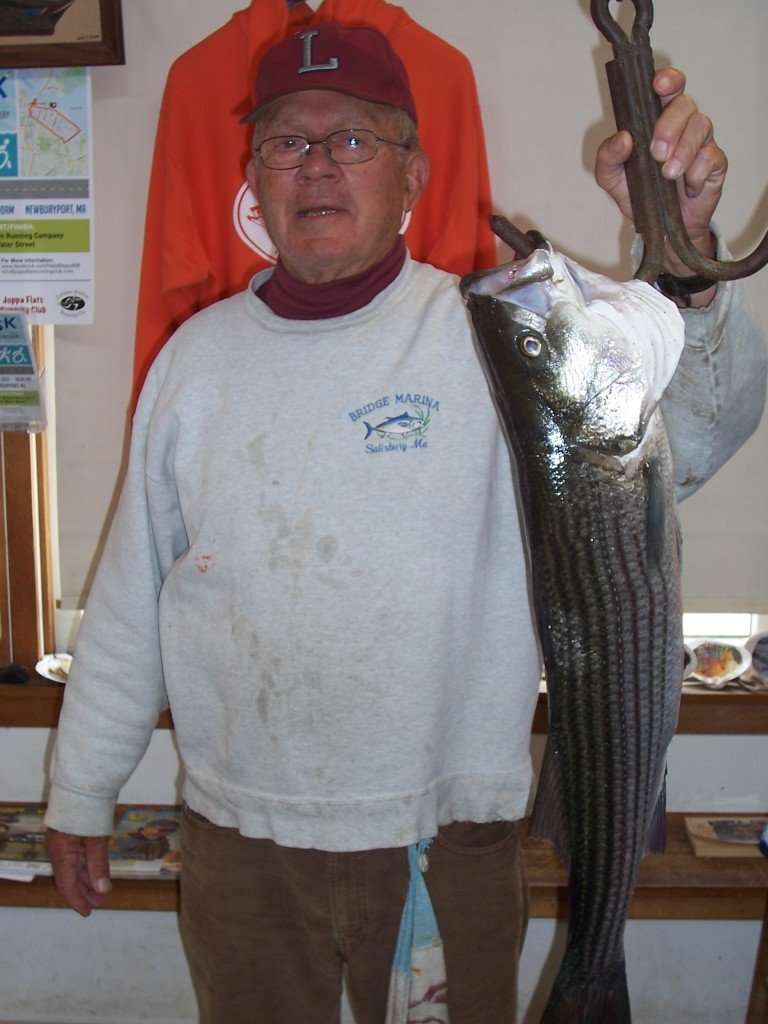 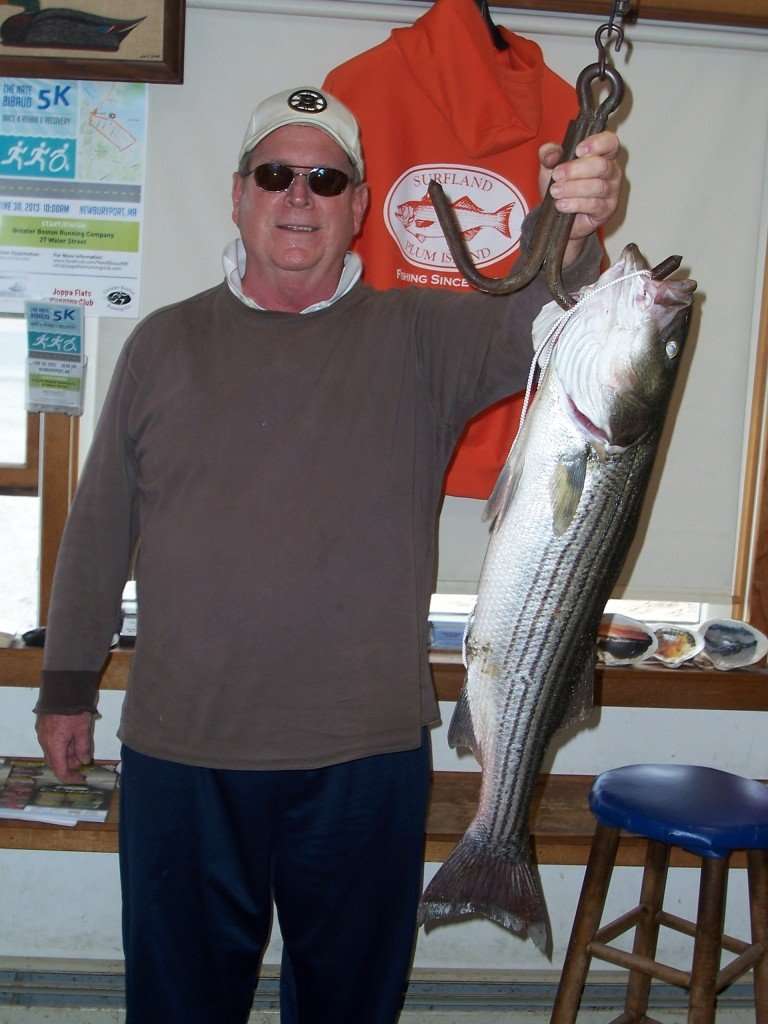