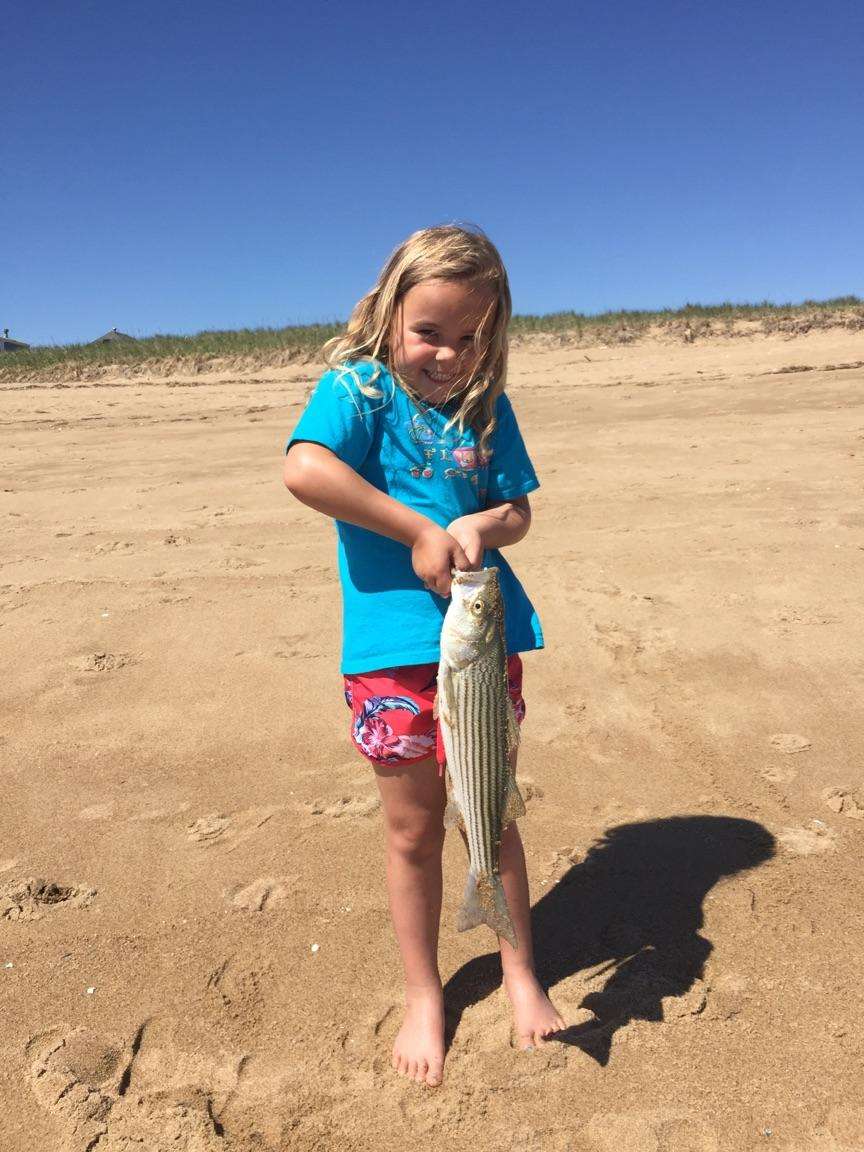 Posted at 18:07h in Uncategorized by Liz Cowie 0 Comments
0 Likes

Jeff and daughter Haley had a great father & daughter day today! Poor mom had to work so these two decided to go fishing and cast along the oceanfront. They caught four schoolies within a couple of hours and one a little bigger which gave Haley a great fight! Not bad for low tide, middle of the day. Here are some memories being made! And FYI…..Haley is 5 1/2 years old! 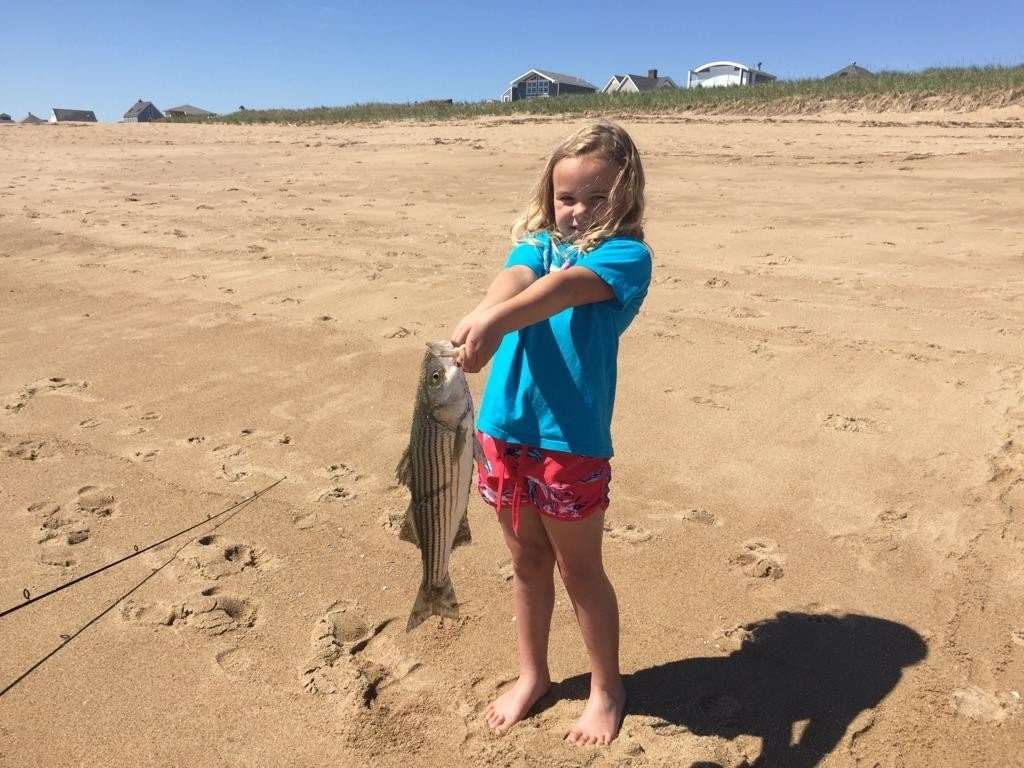 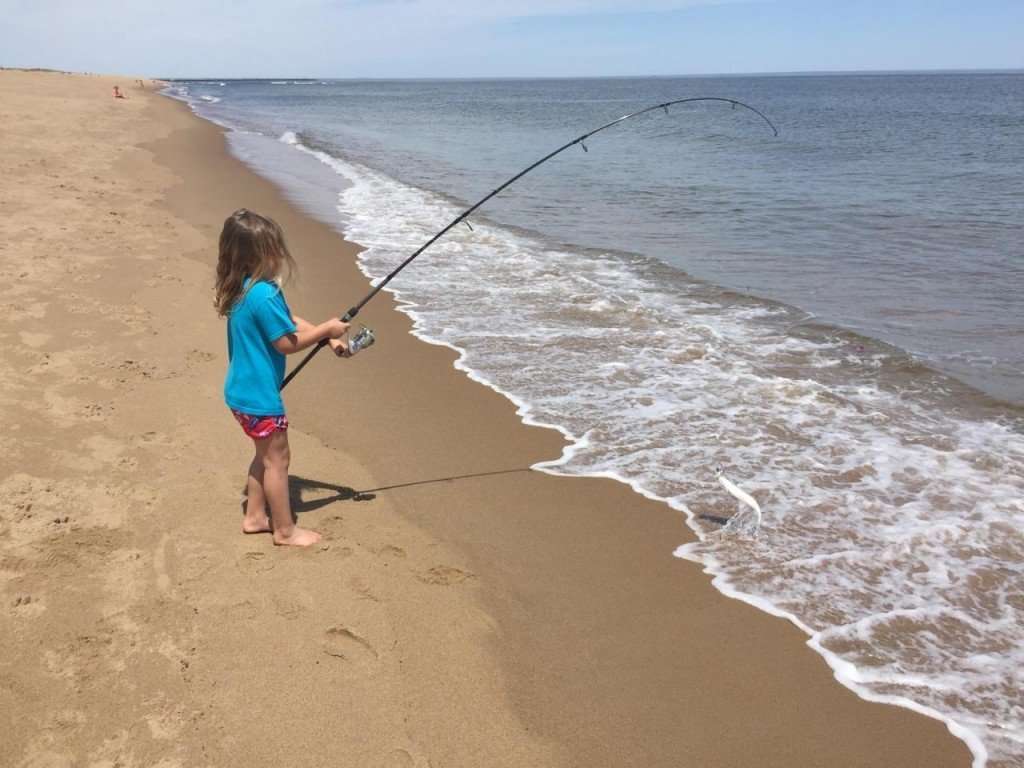 Over the last few late afternoon/early evenings here on the Plum Island oceanfront, it has been nothing but “schoolie delight” for the fishermen that have been walking the beach casting jigs, softbaits, and some swimming lures. Ed sent us a picture Thursday of one of the many double headers he had while using a teaser above his jig. Early evening has been the hottest time this past week. Last night a fly-fisherman walked off the beach with a 32″.  There are also reports of a few hickory shad caught on the oceanfront also.  Fishermen are also starting to fish along the Plum Island marsh by the bridge.  Flounder reports are coming in from the Hampton Harbor. 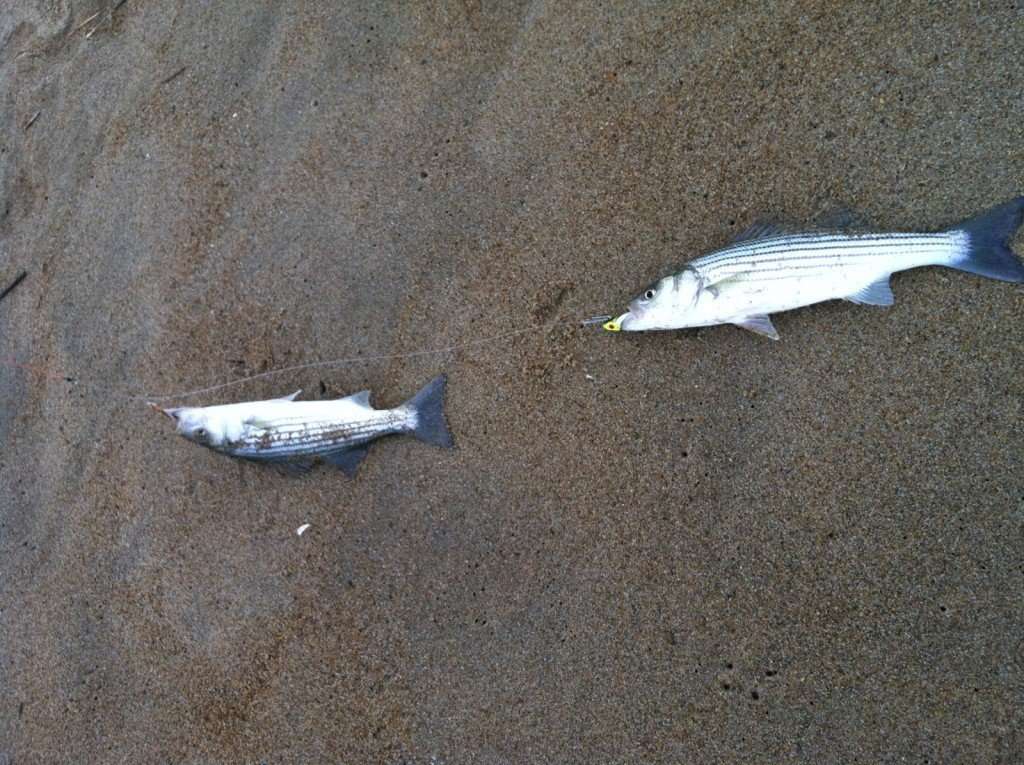 Schoolies are being found on Joppa Flats and the surrounding tributaries as well as up in the back waters by Ram and Carr Islands.  There are lots of schoolies and in the Plum Island Sound and up in the Parker River.  Have also got reports of flounder being caught in the waters off Crane’s Beach.