Kinda cool out today, grey. But the fish are here and people are landing stripers at the usual haunts. Parking lot 1 on the beach produced even though the water was rough. The guys at the sandbar at the Merrimack had steady going. Two fellows came in at 11 to thank us for the clams they bought. They resulted in a 29″ thin keeper for Roger from Arlington, an his friend’s first strpier ever. Welcome to the club. Fog’s rolling in now so watch out on the boats.

On the party boat side, the Clipper Fleet, out of Salisbury has been getting big Cod and Haddock for at least a week. Check out their website for some giant photos like this one from three days ago. 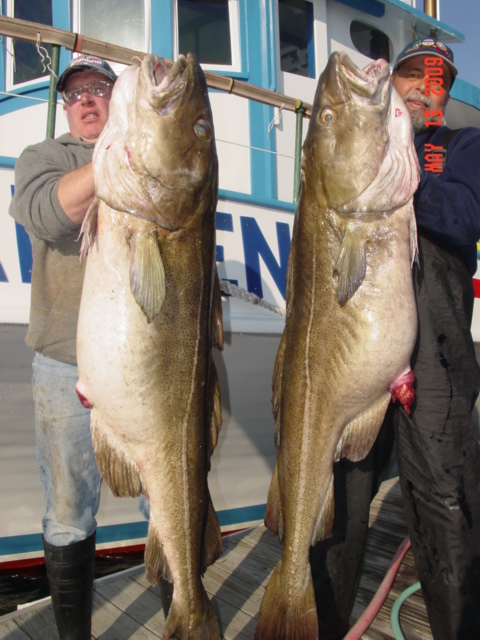