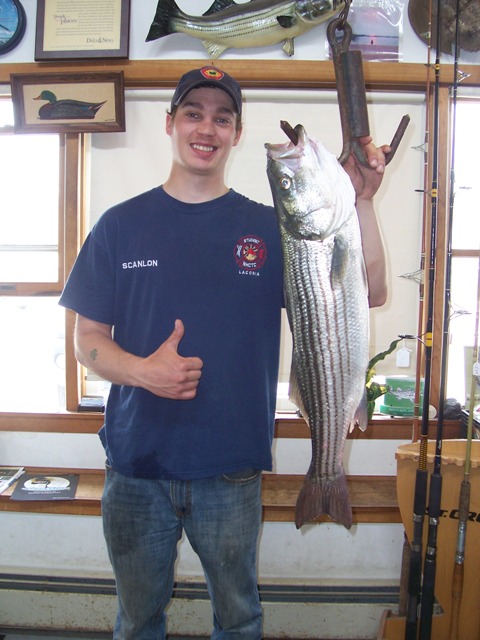 Well yesterday turned out to be another very active day both in the river and along the oceanfront. Yesterday afternoon’s outgoing tide produced some nice fish. Joe Scanlon from Salem NH caught this 8-10 pounder(above) in the mouth while using a bucktail jig with a soft bait attached to it. Joe says that he and the few other fishermen that were around his area were hooking up one after the other. They were all using lures.

Arty Fortin from Stoneham MA was also inside the mouth of the Merrimac fishing worms and caught an 11-4 pound striper. And brothers Frank and Josh Carabello from Danvers MA said they had a great day fishing, also were using worms inside the river. They got their fish towards the bottom of the outgoing tide through the turn on the tide. Catch total was 9 fish in the range of 16-34″ for them and stated that they saw many others doing well. Very active fish inside the river for the low tide! A few birds were working but they couldn’t tell what, if any bait fish the fish and birds were chasing. These brothers left with big grins and looking forward to some fish supper. Biggest fish weighed in at 11-12. 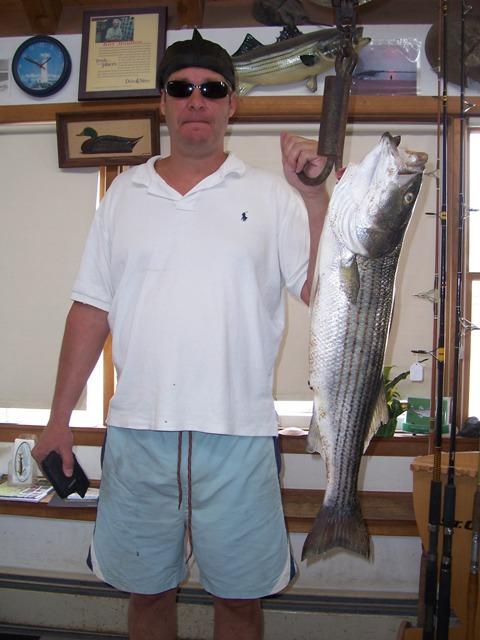 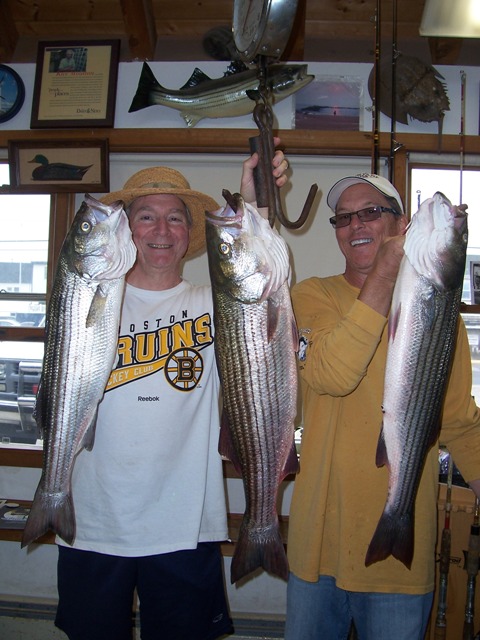 First trip down for Frank Taylor and his son from Hudson NH porduced this fish last night from along the oceanfront during the incoming tide. He was using a Storm Shad. So, as you can see over the last few days fish have been caught on worms, clams, swimmers, jig, softbait, etc. Think we have hungry fish or what???
Frank Taylor 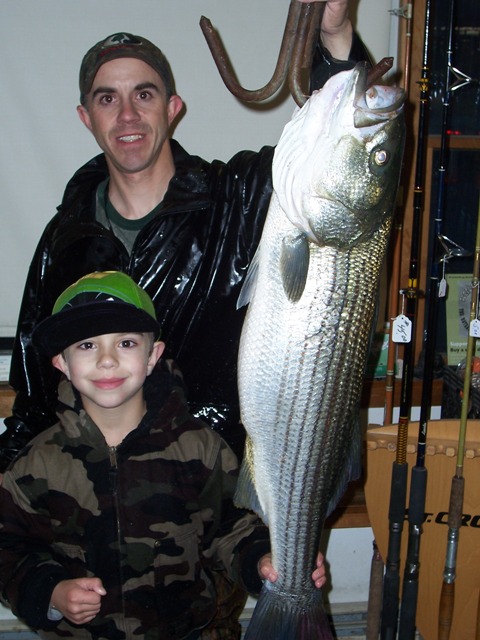