MAY 18 – Getting Bigger Every Day

The last few days we have seen quite a few schoolies being caught, mostly small, but we have now heard of a couple  in the 26″ range. Adam Ledger sent us this photo of his son Noah. They, as well as others have been doing well on the incoming tide down at Lot 1 on the Parker River Wildlife Refuge. The fisherman that have been walking the beach with bucktails, soft plastics, and metal have also given us mixed reports. Some slow, some great (see below!!!) Other news is the river. That news is hot and cold. Some mornings this week have been okay, others nothing. We expect that to pick up any day now. The southern end of the island has also produced some small schoolies.

Report from Adam this afternoon :

Hey everyone! … Hit the ocean front today to fish the incoming tide ….  8 fish in all … mostly 14-18″ … with this one being the biggest at 26″ … fish were taking both sand & blood worms … it was a good first day! … Special thanks to Kay for delivering worms just in time! Thanks ….. Adam & Noah 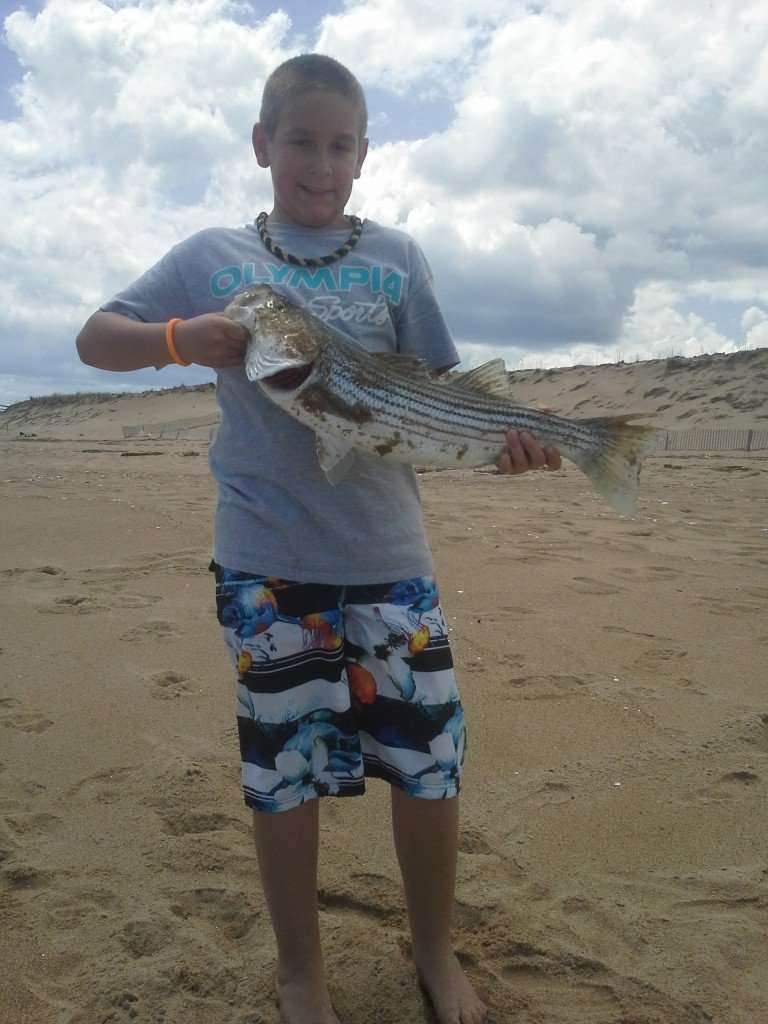 Matt Twomey came in to the store today. He sent me this report:

“Got about a dozen stripers and two giant shad in about 45 mins on the oceanfront yesterday afternoon. Was not expecting the two shad on 7 inch Hogy’s!

Right next to the south jetty. On the ocean side. Got about 50 bass today but not much size.” 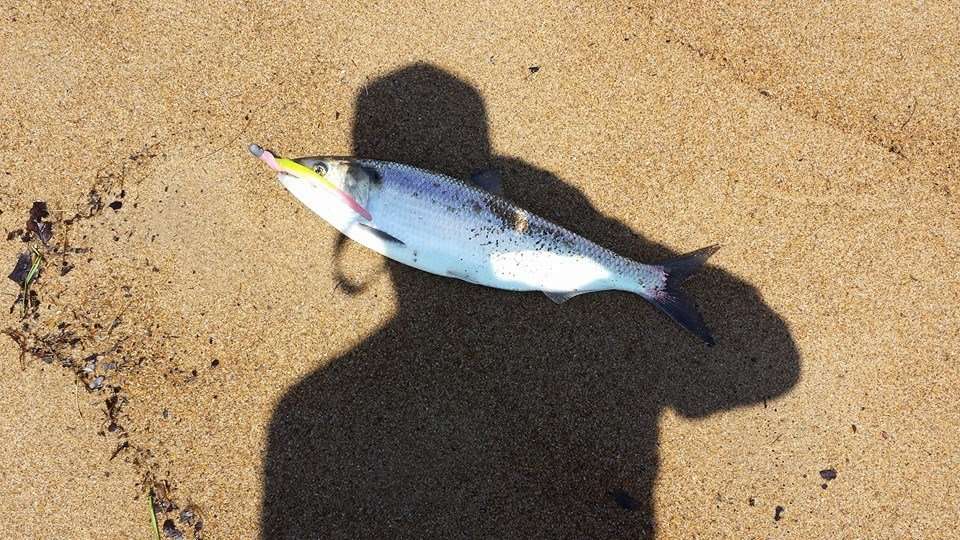 Can’t say much more than that! Get Fishing!!!