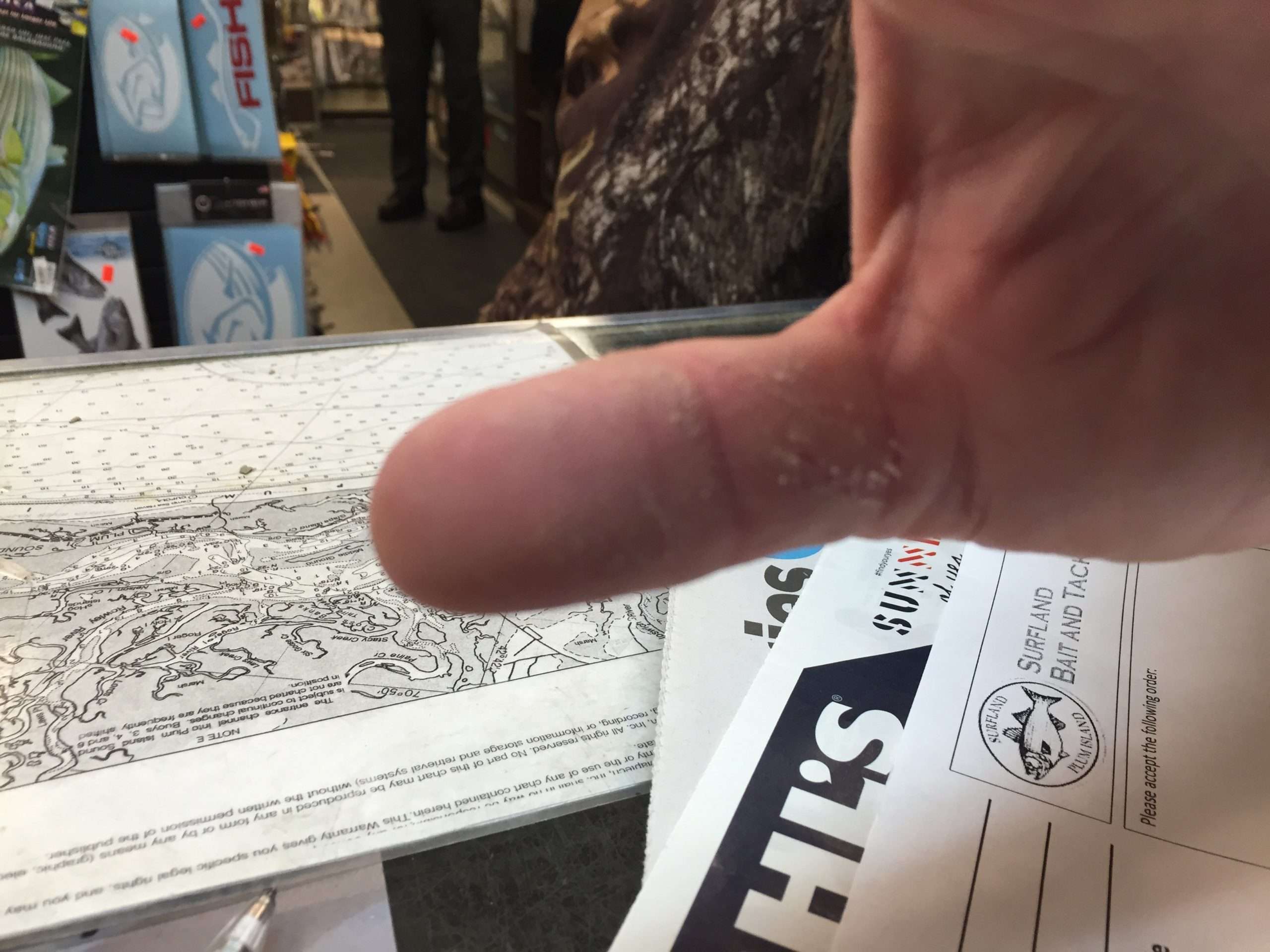 Well Ed, Andy and Steve, you shouldn’t have given up so fast last night. Scott Conte, new kid on the block, came into Surfland and got outfitted for a new rod and reel and on the advise of the Kelly’s went out and hit the oceanfront. At about 10 pm (halfway into the incoming tide) swinging a buck tail jig Scott hooked into this 33″. Scott also said that the weed wasn’t too bad at that time so maybe some of it went out by then. Here is what he was rewarded with….his first fish of the season! See dad, well worth the investment! 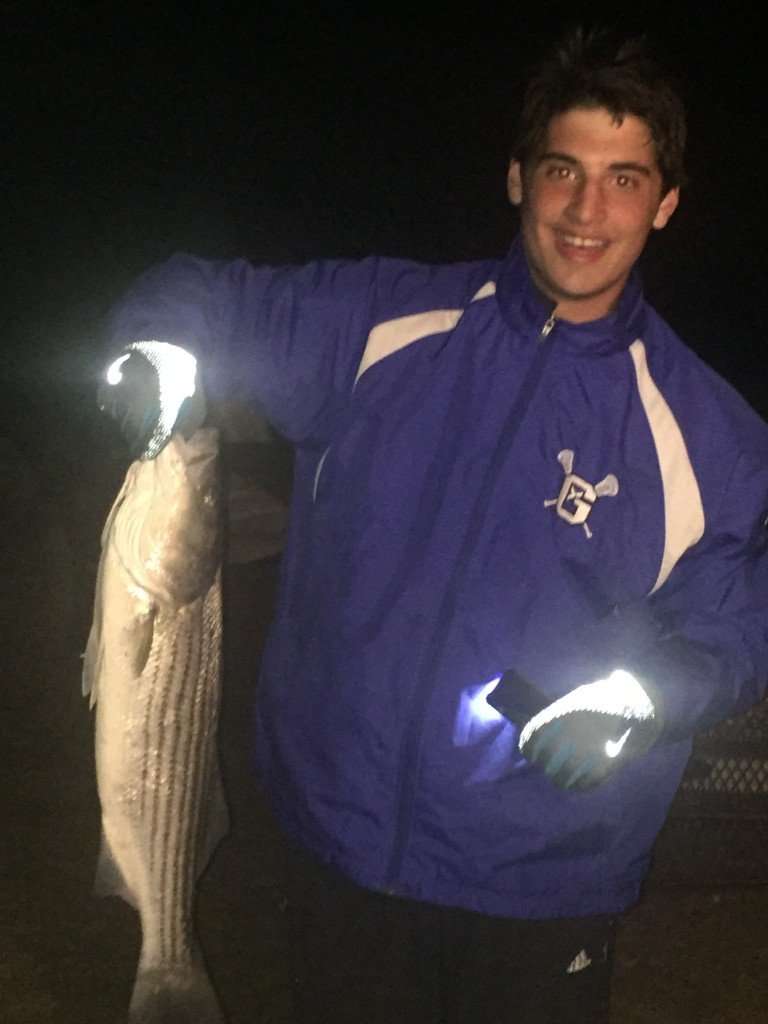 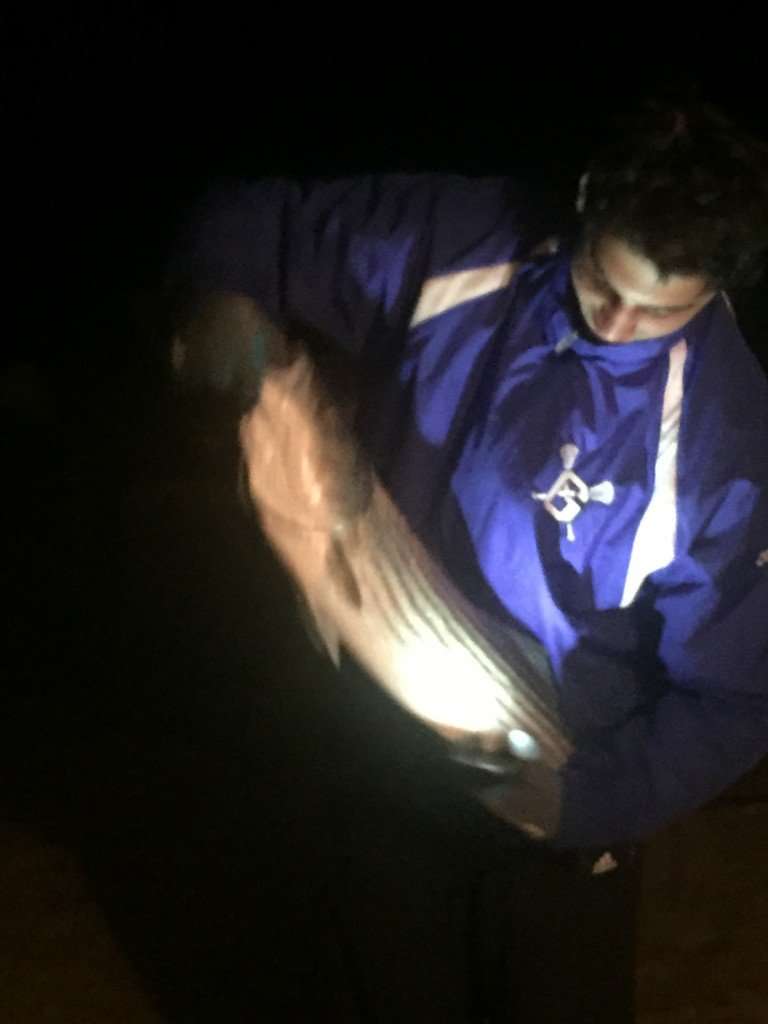 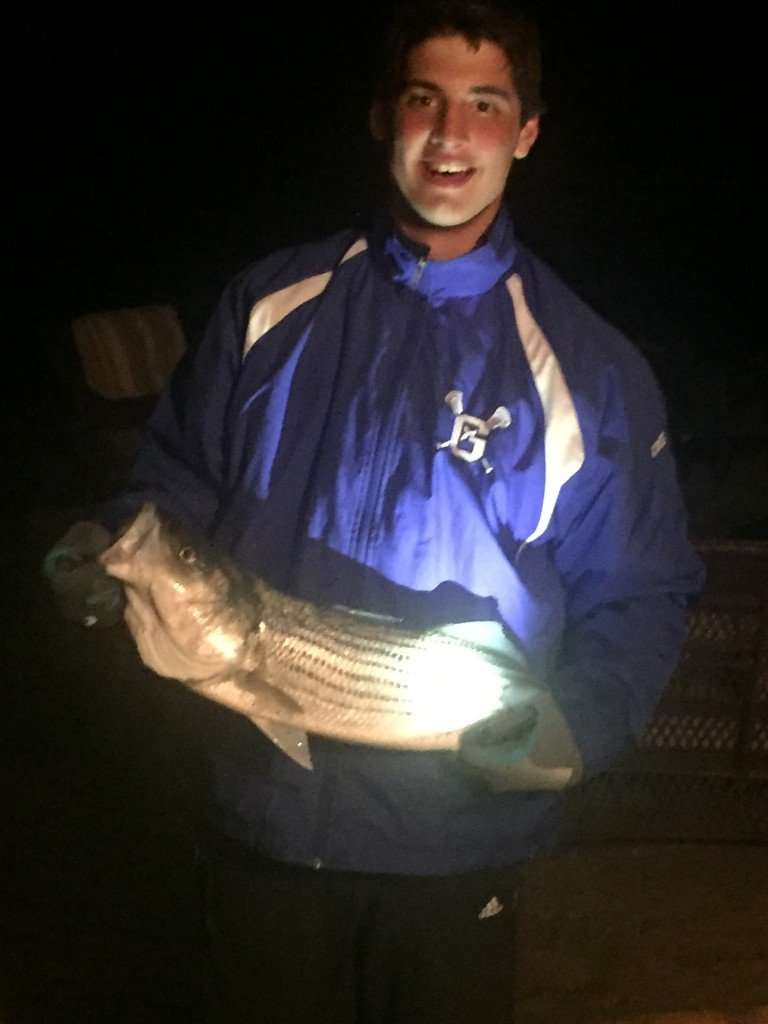 The “Jersey Boys” are now in the shop with a report for us. “Striper Thumb” is what they all have. We have seen many many fingers and thumbs wrapped up these last few days. The fishing in the river has been great! These guys caught over fifty fish on plastics, metal, and buck tails. Boston Dave was in this morning after fishing and reported that he and others did well also over the last few days. BD said the fish were as far as the eye could see in the mouth. When he got to the river he said they were chasing a little bait fish and wouldn’t hit anything but as soon as the bait fish scattered they started hitting the lures. BD got one keeper size and then all the rest were undersized. The Jersey Boys also reported a few keeper size with the majority about 24-28″. We also have a number of guys fishing the oceanfront with a lot of buck tail jigs, minnow lures, and metal who have done well at all tides. The weed has been a hindrance a bit but hoping that it moves out today.  Come down and get your own “striper thumb”!! 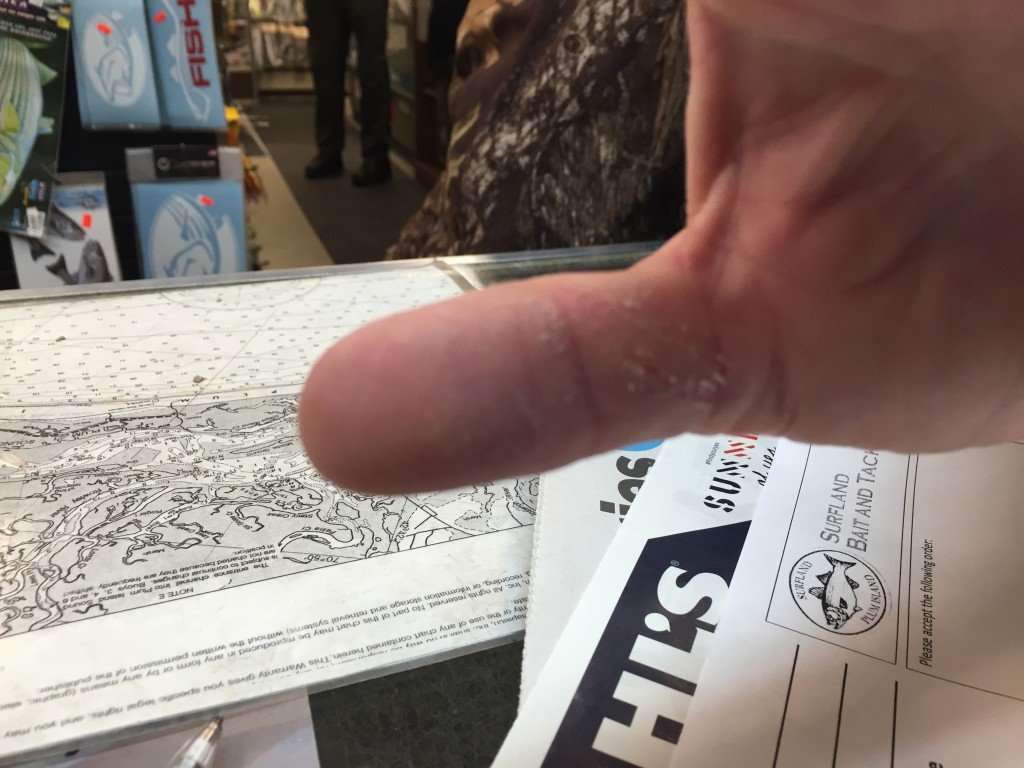