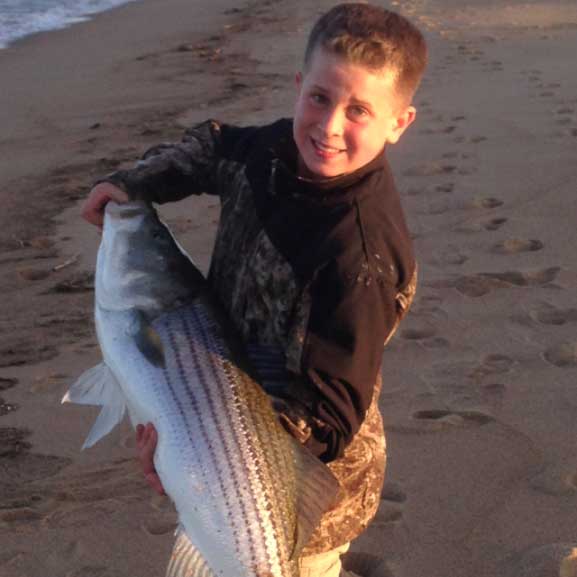 Posted at 19:54h in Catch and Release, Uncategorized by Liz Cowie 0 Comments
0 Likes

Caden Calderwood a 12 year old and from Merrimac, MA caught this striper last night off Plum Island along the oceanfront. He was fishing with his dad and Plum Island native Jeremy Sittnick.  Caden was using a 3/4 ounce bucktail at about 7pm when he caught this fish. This was all very unexpected since the biggest fish the group had been catching were around 18 inches. Island boy Jeremy was put to shame last night! Way to go Caden!!! Never let Jeremy live this down! All fish were catch and release! 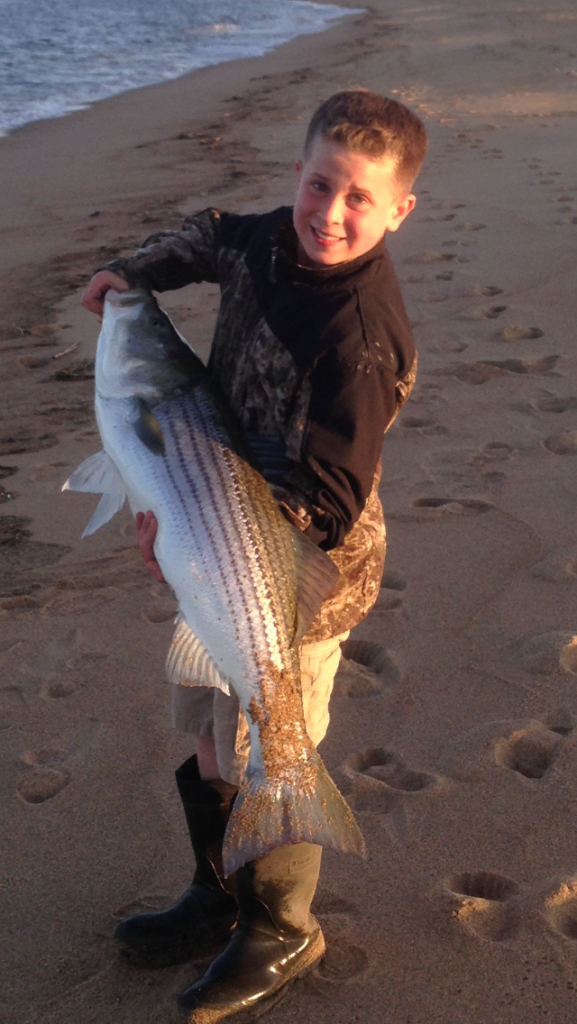 And that’s not his first big fish! About a month ago Caden caught this pike in the Merrimack River in Haverhill.  He caught it on a pike shiner on 8 lb test while fishing with his dad Casey Calderwood. The next night his caught a 32 inch Pike that Caden said was puny…… 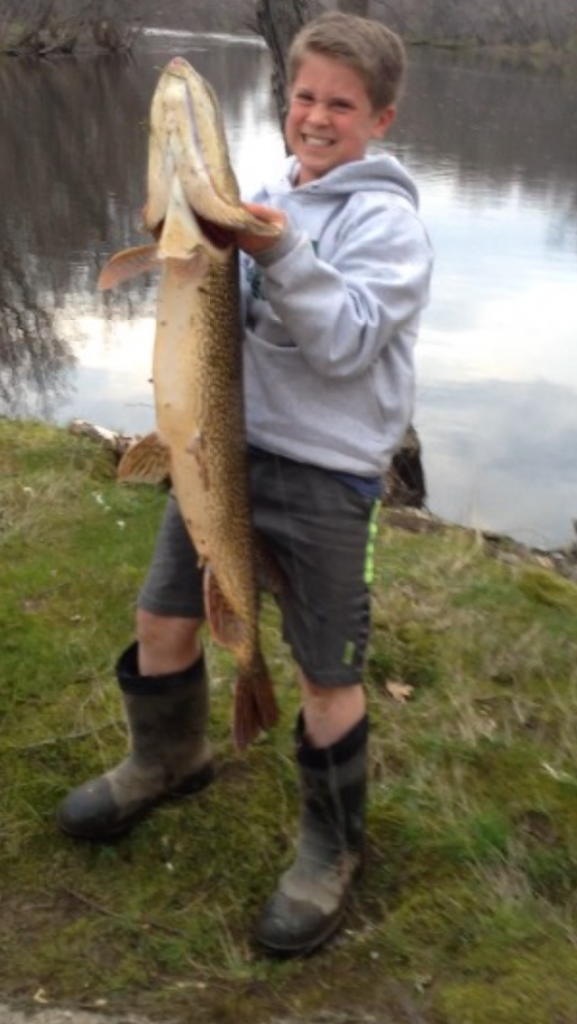 A fisherman in the making!  They are back down tonight for some more action!

There was another 40″ fish caught also down near the south jetty last night.  The fishermen reported that most of the fish they caught were schoolies up to 29″, the 40″ was the only big fish they saw.  Finally hearing of some action at low tide in the river.  When sunrise and lowtide are about the same time, magical things can happen….

Martha and her husband Jimmy, were having dinner over at Sea Glass on Salisbury beach overlooking the ocean.  Saw lots of birds diving on bait fish right at the center, but didn’t see any fishermen.  FYI, the blackened haddock dinner was awesome.

Today’s action: three guys down the river this morning at about 5:00 am got into fish as soon as the line got wet. They wished they had gone earlier. Tonight’s action started after 5:00 with the oceanfront came alive………again. One guy quit because his arm got tired. What a great problem to have! Most being small fish, but not everyone is done so I haven’t heard from everyone.