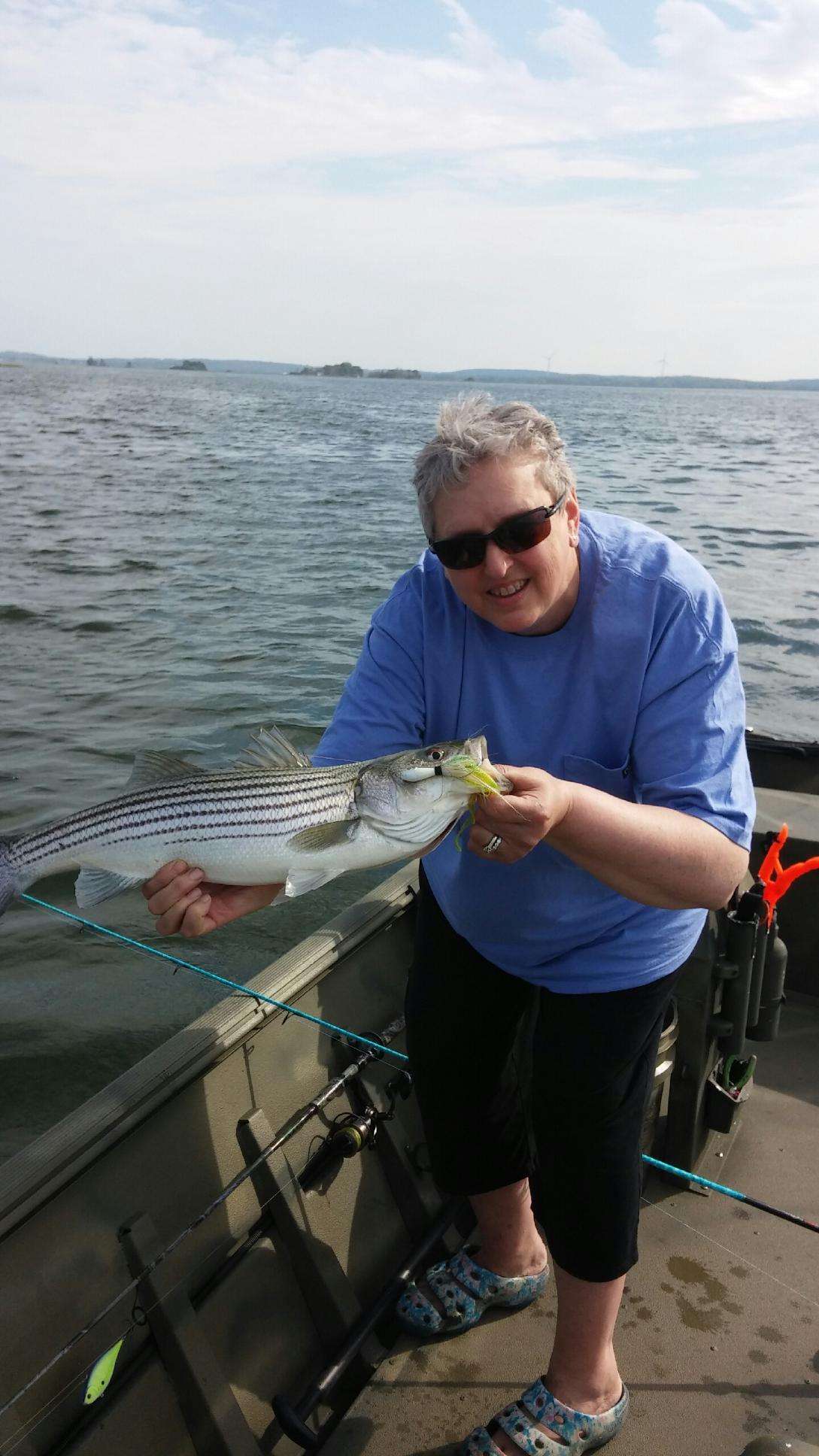 Martha is finishing up the weekend report for us by heading out fishing. She is out in the boat fishing the Plum Island Sound area.

She just sent this picture in and this caption: “Up by the maintenance sheds using a spro Sand eel buck tail” 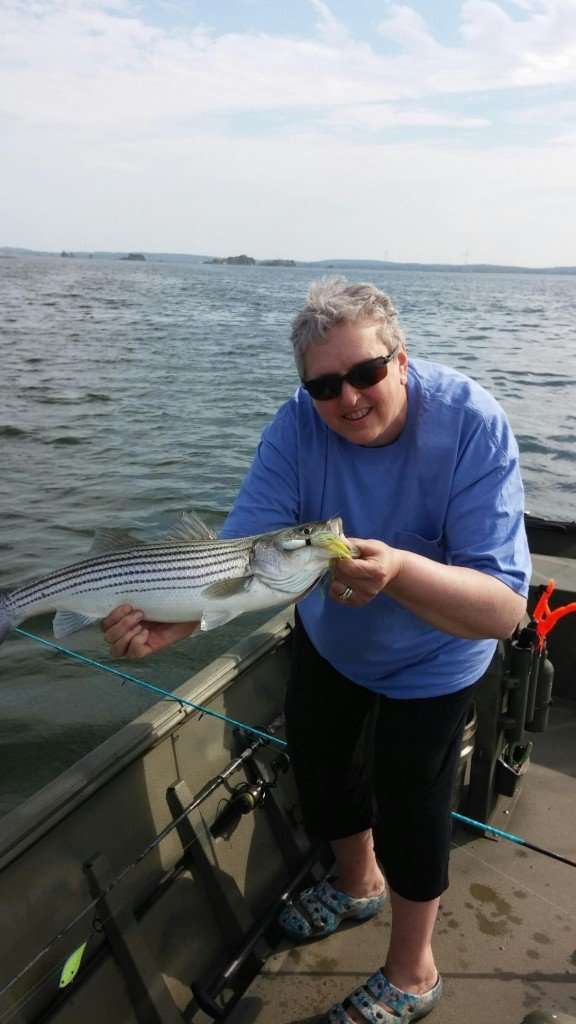 Other reports this weekend have been a hit or miss. Scott, a kayaker that came early and hit the high tide in Joppa Flats and the surrounding area had this to say. He stated that Joppa wasn’t producing any fish for him but as soon as he came around the island side of Woodbridge and fished the channel coming out of the Plum Island river it was non stop for him for a bit. He ended up with 45 fish today. Most were in the 22-25″ range, one keeper size at 28″ and all on tube-n-worm!

Beachfront was hot for a few guys. Toby came down one day and asked what happened to all the fish. He had gotten 85 one day and only 26 the next. Toby used whatever was in his tackle box to catch the fish. SP minnows, buck tails, metal. Glad to hear you have had nice success.

Kay has also stated that the fish have now moved up the river. She has gotten some reports of fish up and around the Deer Island area. With that news…up by the dam in Lawrence should be crazy mad with fish anytime now!