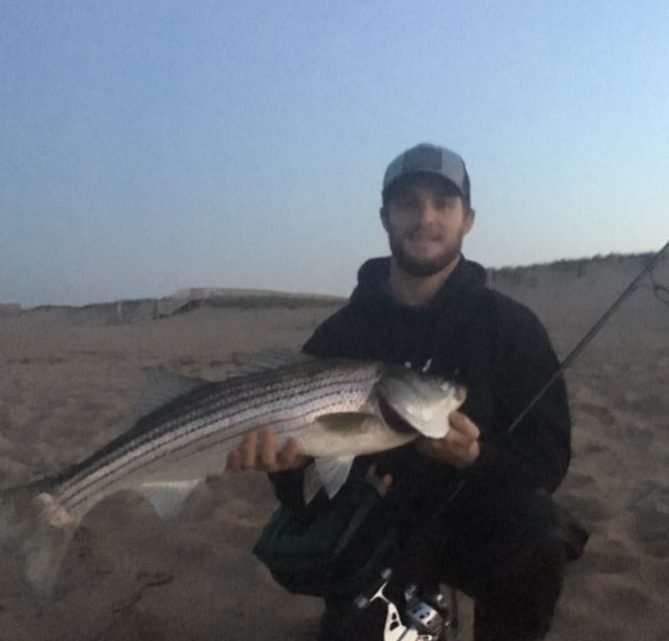 Just (7:00pm Saturday)had a few guys come back from the mouth of the river and said that there was a blitz from dead low to the start of the incoming and it lasted almost three hours!!!  They were hitting lures and ranged from 20-27″.

We also  had several excited fishermen in yesterday morning who had a great morning fishing the oceanfront. Stickman sent in a report early yesterday am.

“Schoolies up and down the beach from the sand bar to 55th street at sunrise this morning. Small pods hitting surface followed by Terns and Gulls. Pods moving in and out. Mostly in casting distance.”

Also got photos from Corey who was fishing Thursday night and a report:

“Beach front at sundown lots of nice fish stacked against the beach caught on mag darter and various other swim plugs they were not visible up top but as soon as we started casting we found them. Picture is zak mullen” 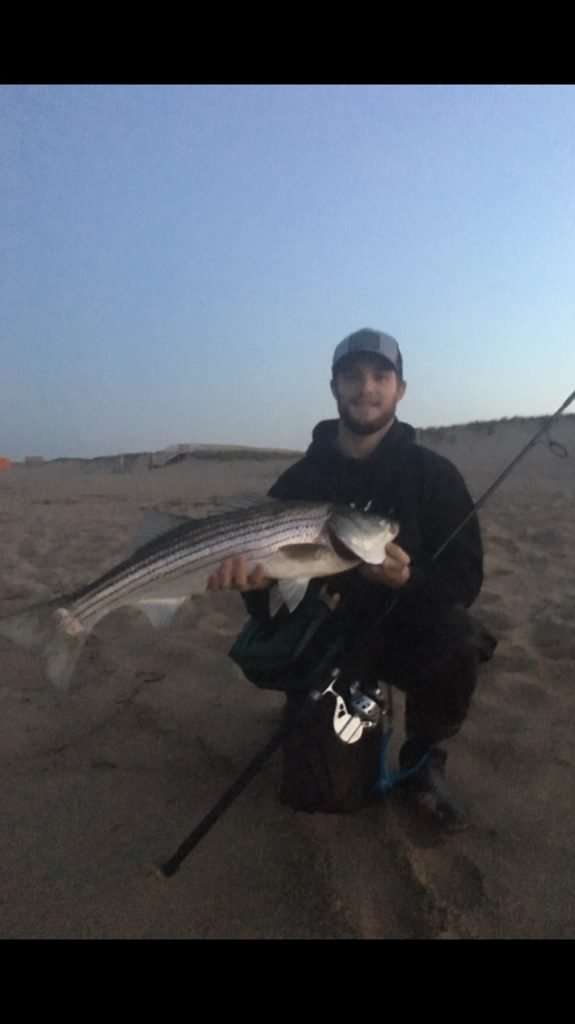