Posted at 17:08h in Uncategorized by Liz Cowie 5 Comments
0 Likes

Finally some sun today! The river was crowded this early am with fishermen trying their luck on the bottom of the outgoing tide. It was a mixed bag of results. We heard some guys say it was a good day while others struck out. There were many schoolies taken and the occasional fish in the 30″ range. We had a father and son team,Reggie and Reggie Jr. Chim from Lowell, come in that had fished down at that jetties and did well with clams. Reggie Jr. did better than dad! Later on we had the Kelly’s and a few others fishing the oceanfront with worms and here is a small report from Andy:

{{{5/27- Morning bite. Either side of low tide provided some excellent fishing, many schoolies and larger fish up to 36 inches. The fish lately have been fighting hard even the little micro stripers can give up a good hit. One guy on the beach got six fish from 29inches to 36inches, he was luckily enough to get these fish on his first  6 casts and on six worms…………..Andy}}}

Then later in the day Al & Nick Fowler from Boxford came back from the southern end of the island with their catch of the day that weighed in at 11-7. and the last picture I have for the post is of Jeff Glidden from Dracut, MA with this 17-14 pounder that he caught on worms at the southern end of the island. This is Jeff’s first keeper!! Congrats!!!

***on a side note. we had two guys get caught out on the sandbar on the oceanfront today. Please please please pay close attention to the tide that comes in behind you. The guys are safe & sound….just a bit embarrassed, but have learned a big lesson today. Be safe out there!!! 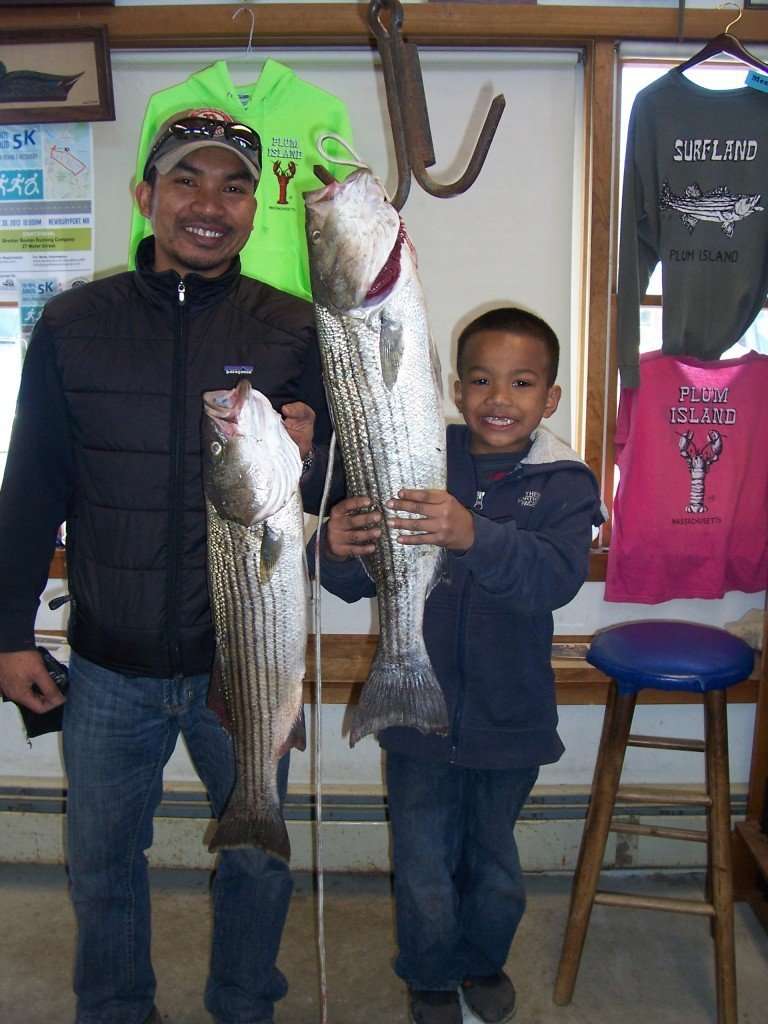 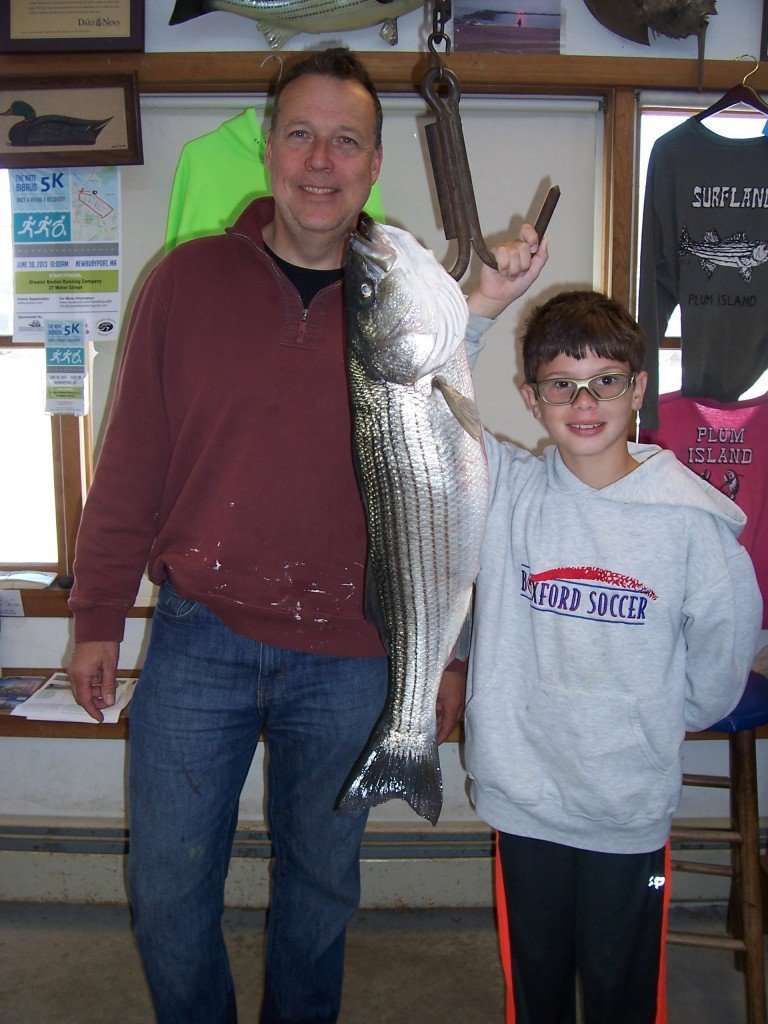 And the best for last……Jeff and his first “keppa” 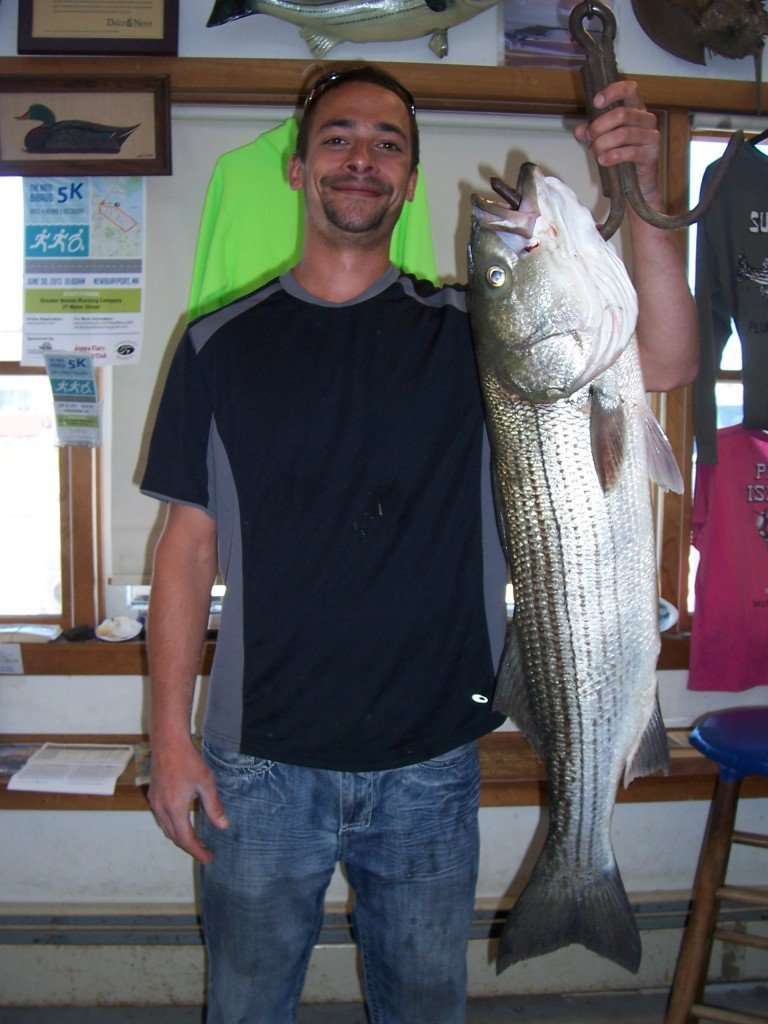