Two of the Kelly men are back tonight to fish the oceanfront. Was out for a walk and ran into Tommy not 30 minutes later and they had already caught a small fish. So that would of been the top of the outgoing tide. A bit further down the beach The Page’s were throwing some lures and a blitz came by. Bill caught one on a red gill teaser that had a hopkins at the end. But of course it was the redgill the fish wanted thinking the other fish(the hopkins) was going to get it. John caught his on a swimming lure. They were fishing the top of the outgoing also.
Bill Page
Raymond, NH
14-1 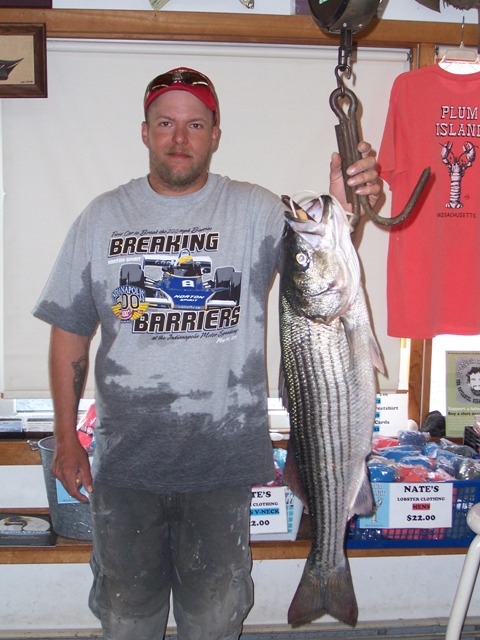 Also earlier today Steve Moore caught this 17 pounder on worms from the surf. 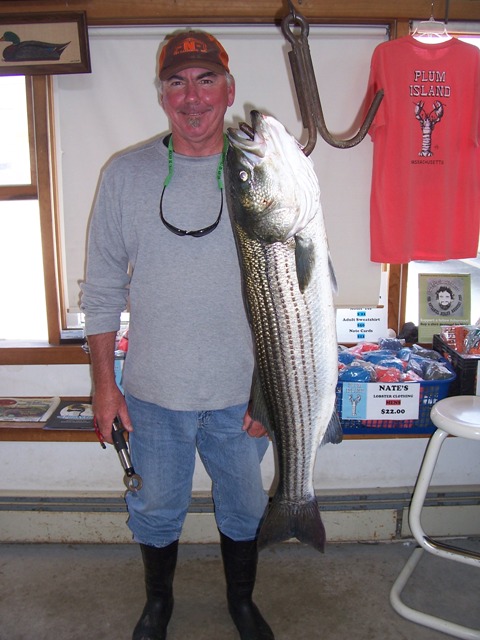