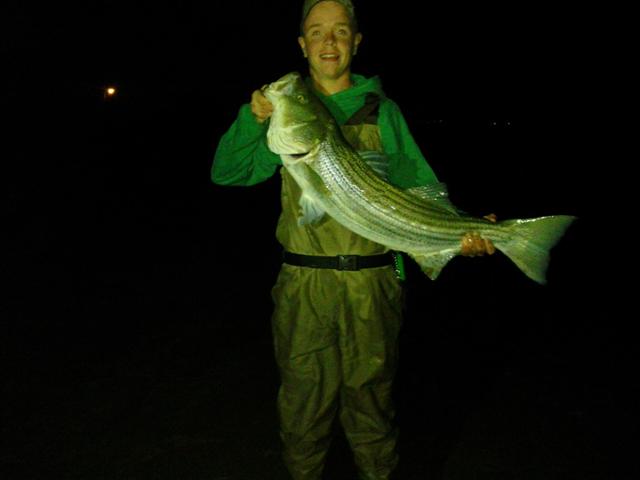 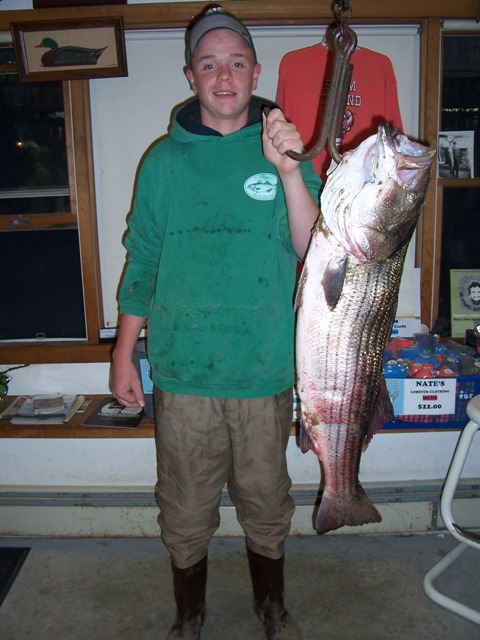 And then there was Andy’s fish, not as big but just as nice

“Andys  16lber  one of many caught last night” 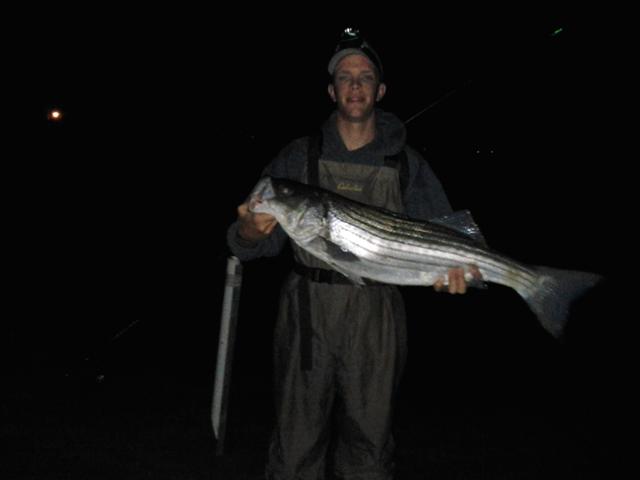 And then we have Tommy Hogan, a kayaker who was out in Joppa Flats Saturday. He went tube-n-worming on the flats. He said there were a lot of fish, but very fussy. He finaly enticed this 10-12 pounder. 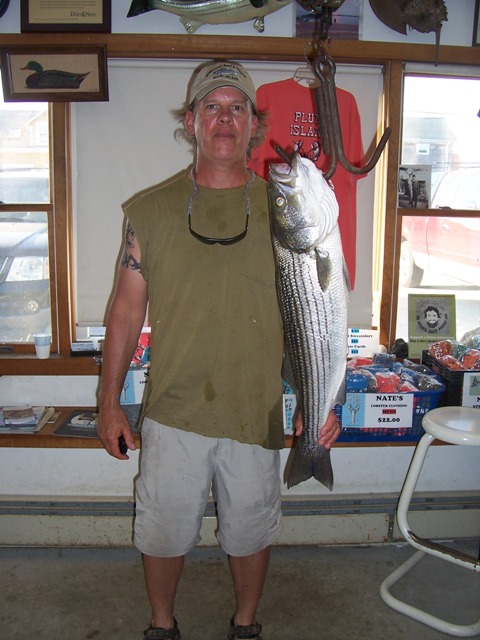 And just this morning, David Spellman (below) from Ashbornham, MA ( I had to ask where that was!) caught this long and lean fish on the oceanfront half way between high and low, on the outgoing! so, as you can see, when everyone calls in to ask “when should i go fishing?” we are hard to answer because they are biting at all sorts of different times. For the Kellys to get their fish on the oceanfront at the start of the incoming tide and then this one half way into the bottom of the tide when the norm was to fish the top of the incoming tide on the oceanfront to the start of the outgoing…………we just can’t predict it! CRAZY! So, our best advice is to fish when you can…………you just never know. Just get out and enjoy the outdoors! 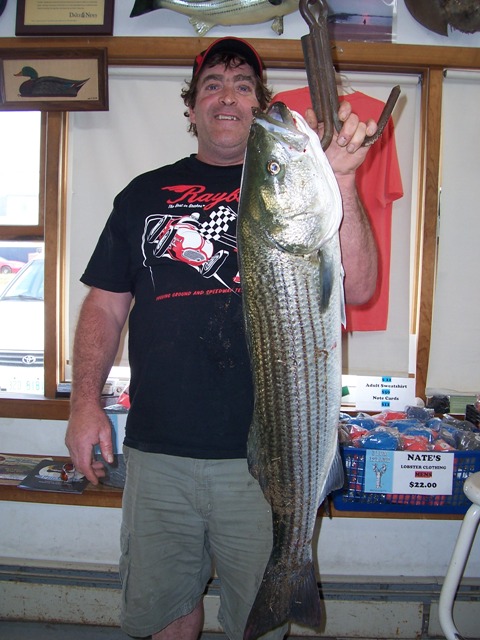 one last note, we had a fisherman in the store this weekend saying that he is finaly catching a few flounder flounder. Worms along the oceanfront should be the ticket for flounder! Usually it is during an incoming tide, but who knows this year.