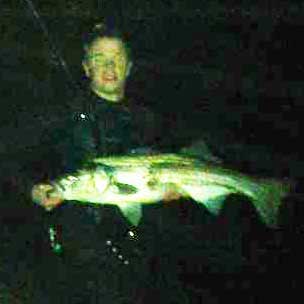 Richard Fiorenza from Reading caught this 12-14 pounder down at the mouth of the Merrimac River this afternoon during the outgoing tide using worms. He started to run out worms and had to start cutting them in half to stretch his time out. He says he saw fish being caught by both bait fishermen and lure fishermen. The fish ranged from 14″-35″ in size. He left the beach about 6 pm and said that the fish were still hitting. 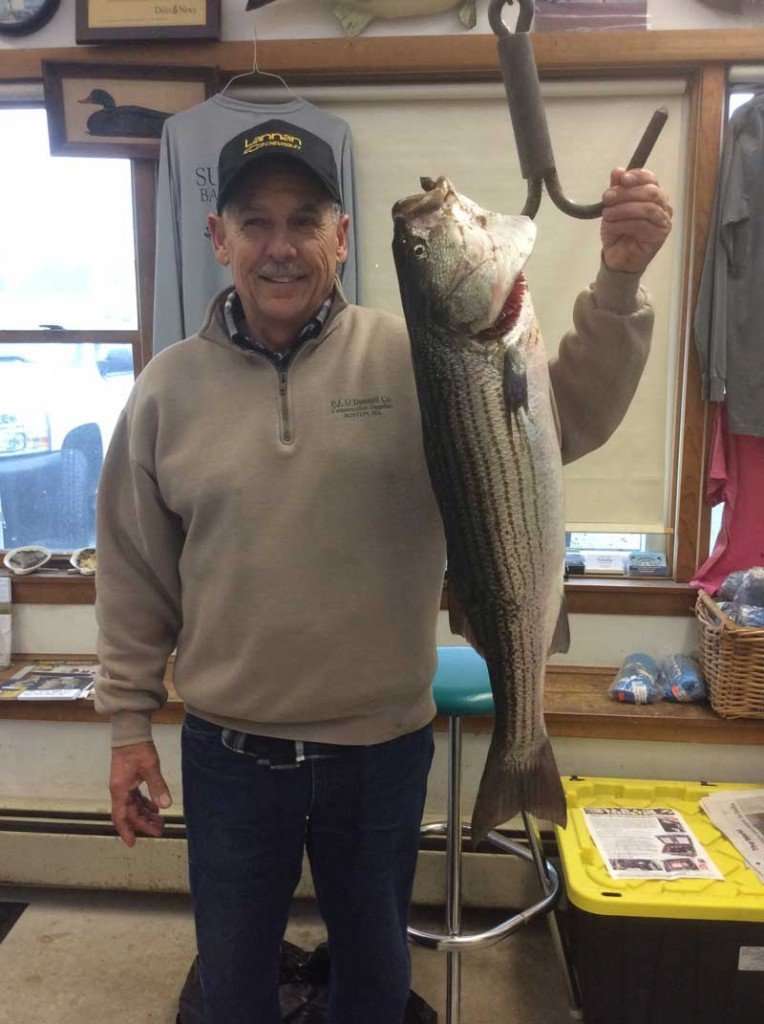 Earlier today as well as this weekend they did well on the oceanfront with bait. Many fish were caught and released the last few days from parking lot 1 on the PRWR. Clams and worms are the bait of choice for most of the bait guys. Popular time for this is during the incoming tide through the top of high tide.

The Kelly’s were on the beachfront one night this weekend and tommy caught and released this 37″ fish while Andy had one on but lost it close to shore. They were fishing eels. Tommy’s night fish, a bit dark, but I’m sure you can make out the fish a bit! 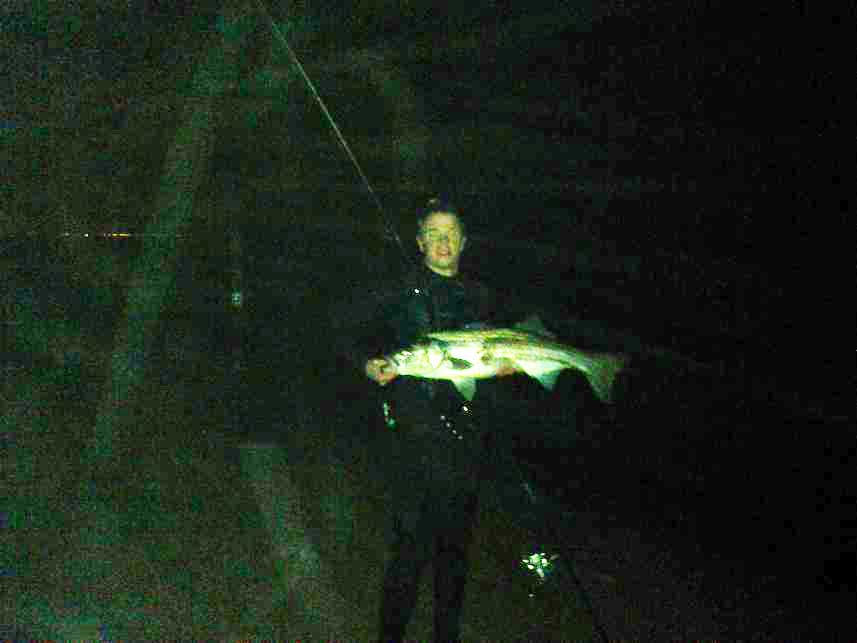 Brendan was at the PI River bridge for the start of the outgoing tide today and managed about 10 fish using Charlie Graves lures and Jumping Minnows. Brendan’s lure of choice, the jumping minnow. This is the one we had specially made. This is a discontinued color that was popular with many fishermen around here. We did a special order and it arrived the other day. 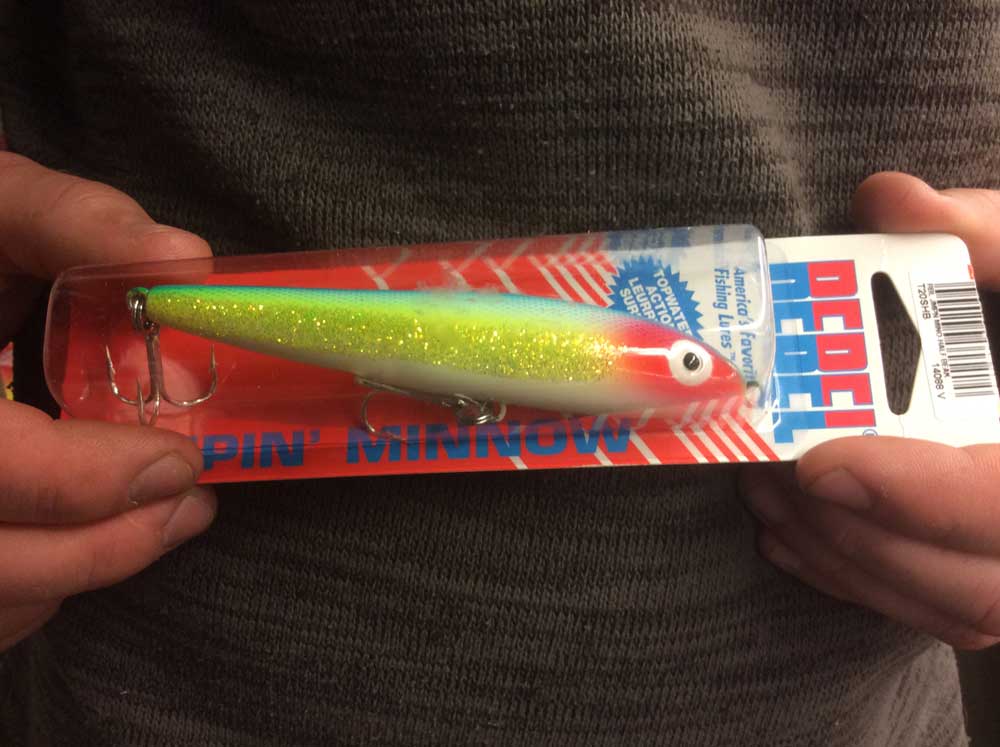