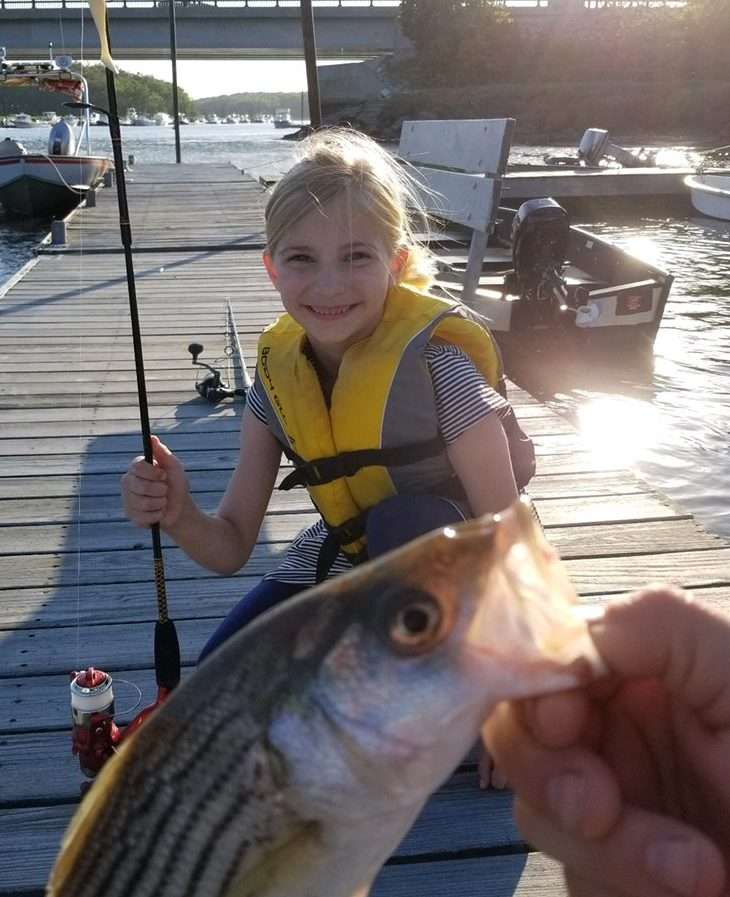 The action continues on Plum Island these past few days with a lot of the “micro” stripers showing up in the area now. The mouth of the river, the Mighty Merrimac River, has been pretty hot at both low tides of the day. John and Catherine fished this morning’s low tide with worms. Bought 2 dozen, got 16 fish, eight a piece. I’d say that’s pretty good odds. Worms were hot in the area they were fishing, so much so that they shared them with another fisherman that wasn’t having luck so he could catch a bass. Now that’s sportsmanlike conduct!

Our refuge crew is also reporting having good luck on bait at parking lot 1 (which is the only parking lot open until Sandy Point). Worms are the choice bait for these guys, with clams coming in second.

As far as lures, the soft plastics are still dominating the field with bucktails and swimming lures coming in not far behind. Just walk and cast, walk and cast. Had a few “numpty’s” show up today after attempting to swim out to the sandbar that is off the front beach. Well it was still over their head when they got out there so they had to turn around and swim in. You know who you are…………………and we think it’s great! You guys gave us a good laugh and Kay was so happy to see you and hear your story!!!! Thanks!

Okay, now the southern end…………Haven’t heard too much about Sandy Point, but what we do know is that the flounder have been hitting from boats in the Ipswich area. Kay actually had flounder tonight for dinner and said it was tasty! Thanks so much Fred! But I believe Fred’s flounder came from Boston Harbor which we also hear is hot! But there are plenty of small schoolies in the Parker River. Steve and daughter Quinn went fishing tonight and decided to through a few Bass Assassins out from the Parker River ramp at bottom of the tide.  WE LOVE QUINN!!! Awesome girly! 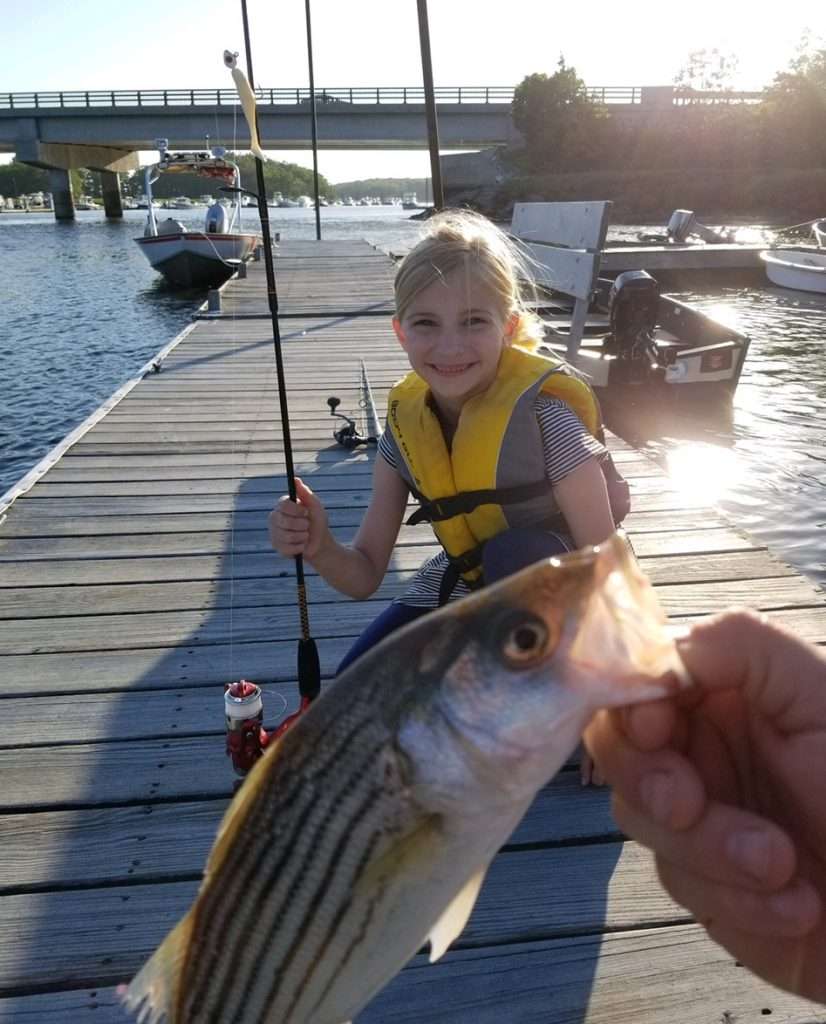