Posted at 20:00h in Uncategorized by Liz Cowie 0 Comments
0 Likes

Well, I should of waited a bit longer to do the report, at least until after the low tide. Ralph Upchurch from Brookline came down to fish the low tide and caught this 12-13 pounder on clams down at the river. He had a nice open window in between the rain. 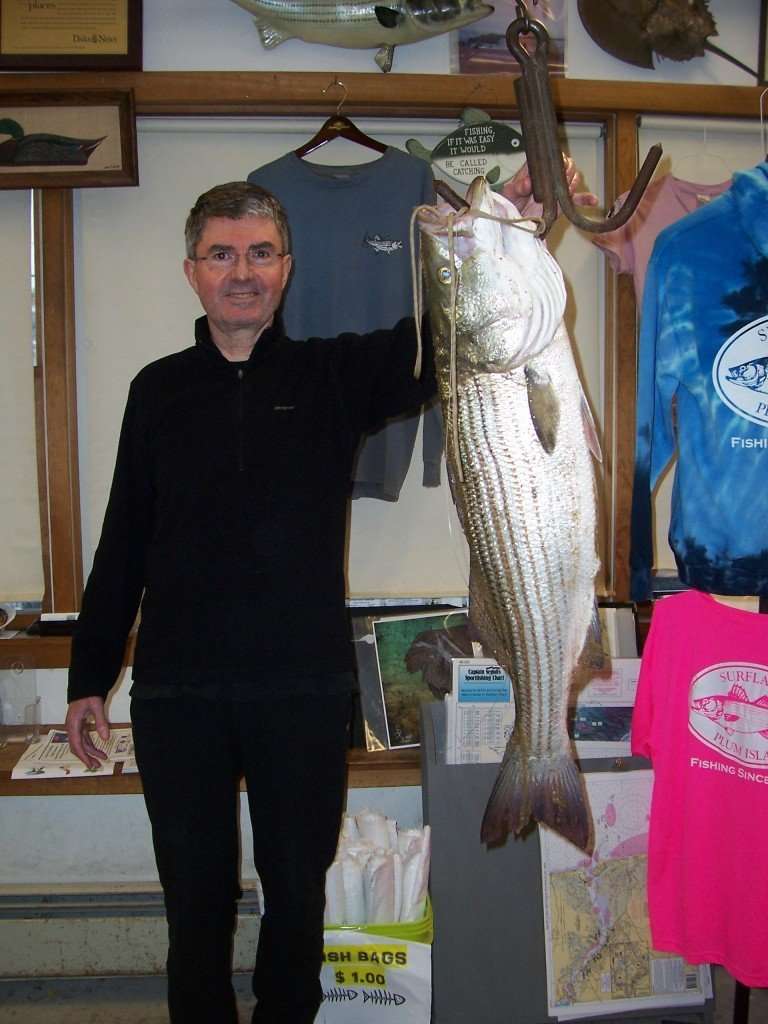 We also got a visit from John Cluney this afternoon who had taken his grandson out on the water to fish during the late morning high tide. They went out for about a half an hour in the boat about a 1 1/2 miles down from Rock’s Village in West Newbury where John lives. They saw Sturgeon jumping, Carp rolling, and they also landed this 45″ Striper on a, yup I hate to say it…….well I’m not…..you can see it in the pictures! Congrats John on such a beautiful fish! 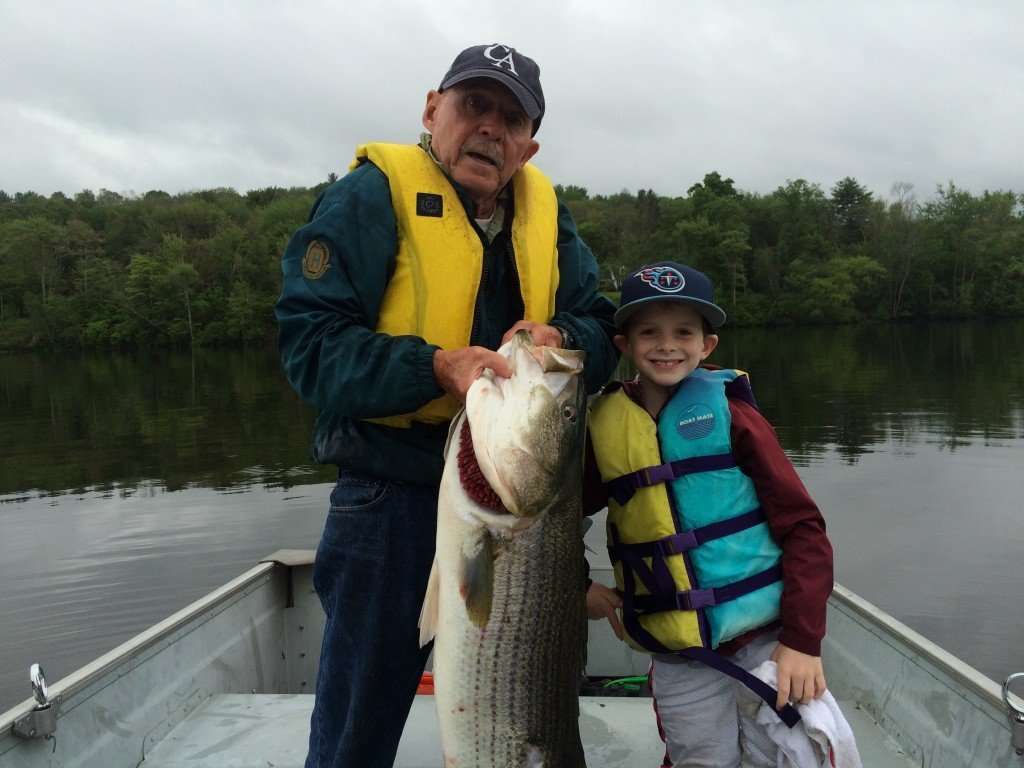 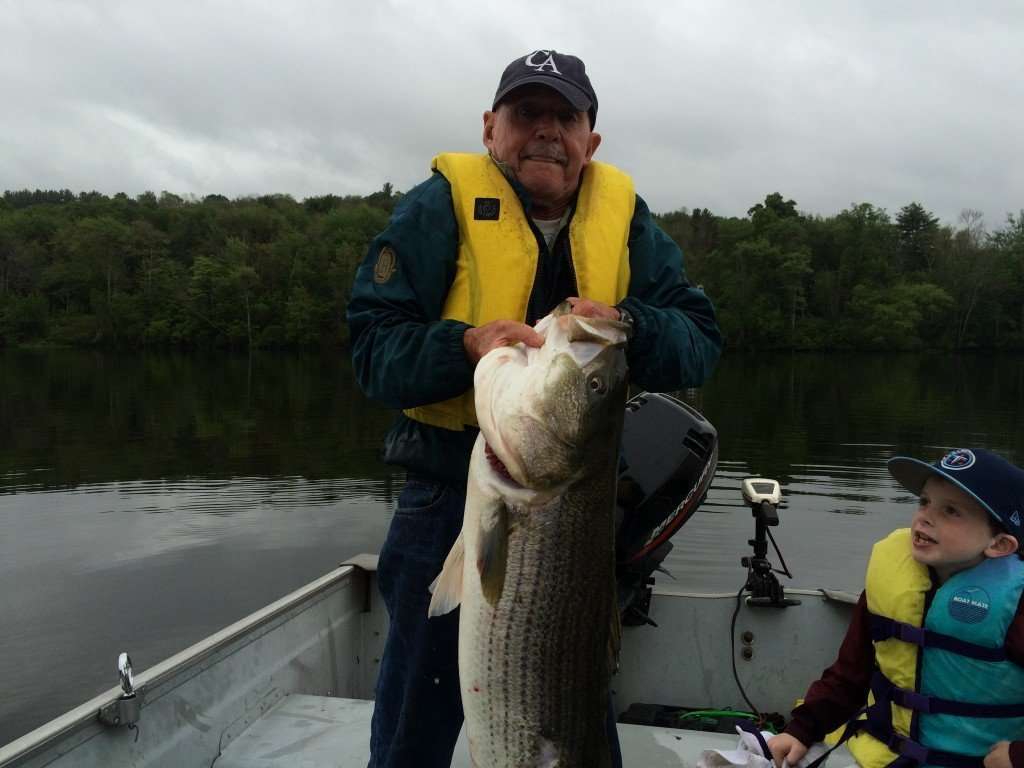 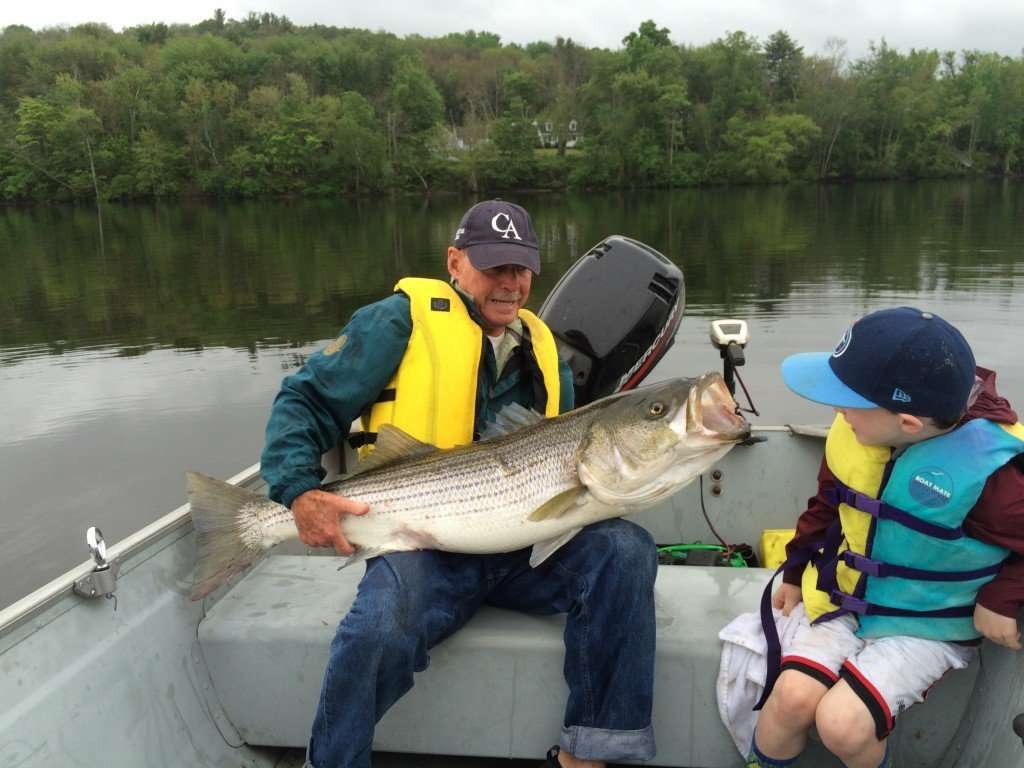 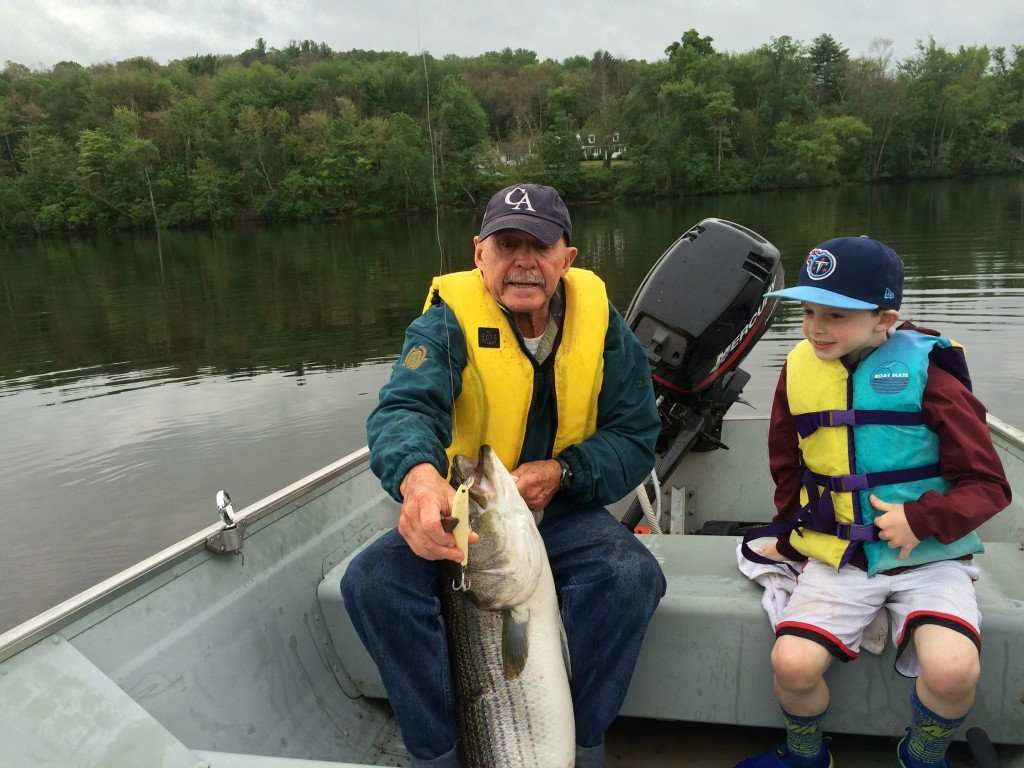