Posted at 15:16h in Uncategorized by Liz Cowie 1 Comment
0 Likes

The past few days we have heard of a lot of small fish down the river for the low tide. Some people have been doing well and others are not having the same luck, but keep trying! It is also the same along the oceanfront. I have some fishermen doing extremely well walking the beach and throwing lures and then others are coming up short. I guess that’s why they call it fishing! The group that fish parking lot 1 on the PRWR have been pretty consistent catching stripers. Again mostly undersized stuff but there is the occasional keeper in the mix.

Today the  downpours today haven’t deterred some people. Just a little while ago while his son was staying warm and dry in our shop, dad Jerome Varnum from Bennington NH caught this 19-2 pounder from the oceanfront on a sand eel SP Minnow. It was during the top of the outgoing tide. Congrats and well worth the effort! 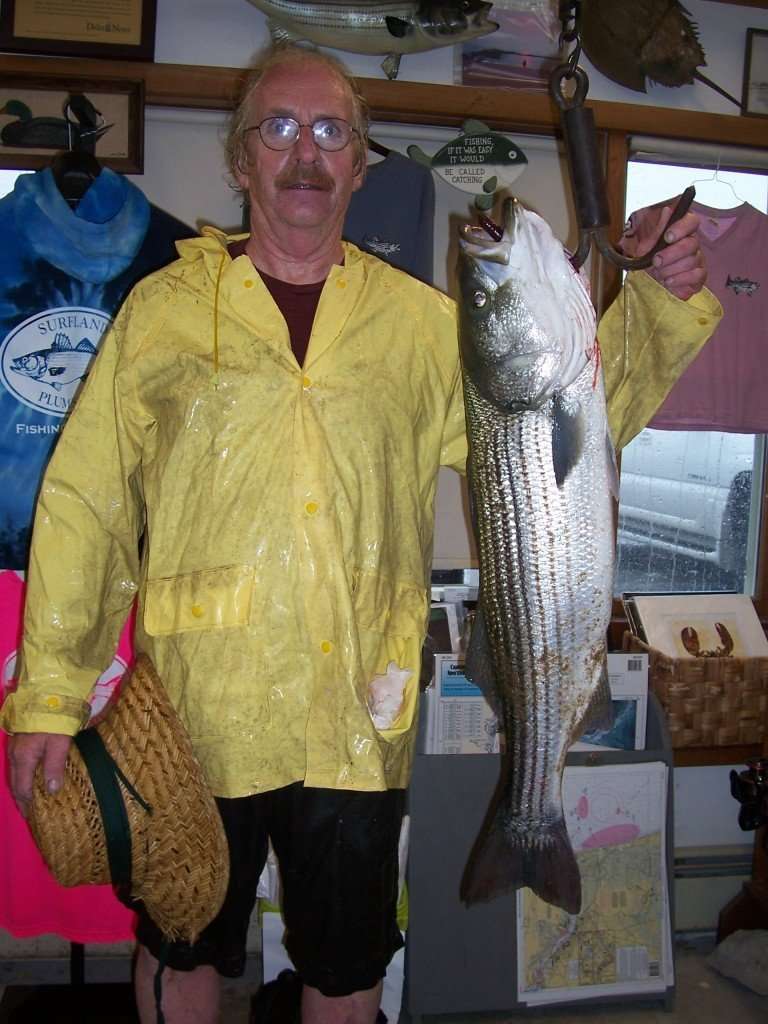 Also this past few days we have had a regular, Steve from Groveland came in to weigh his catch that he caught on clams during the outgoing tide near the Plum Island bridge. His striper was 12-13 pounds. Steve also does well along the oceanfront with worms!

Leo Rocco of Newburyport was out fishing by himself in the mouth of the Merrimack the other day using a pencil popper caught a 36-12 striper.  As Leo was bringing the bass in, it got it’s tail into the prop of his outboard.  Leo was upset this happened, but will be looking forward to striper dinners. 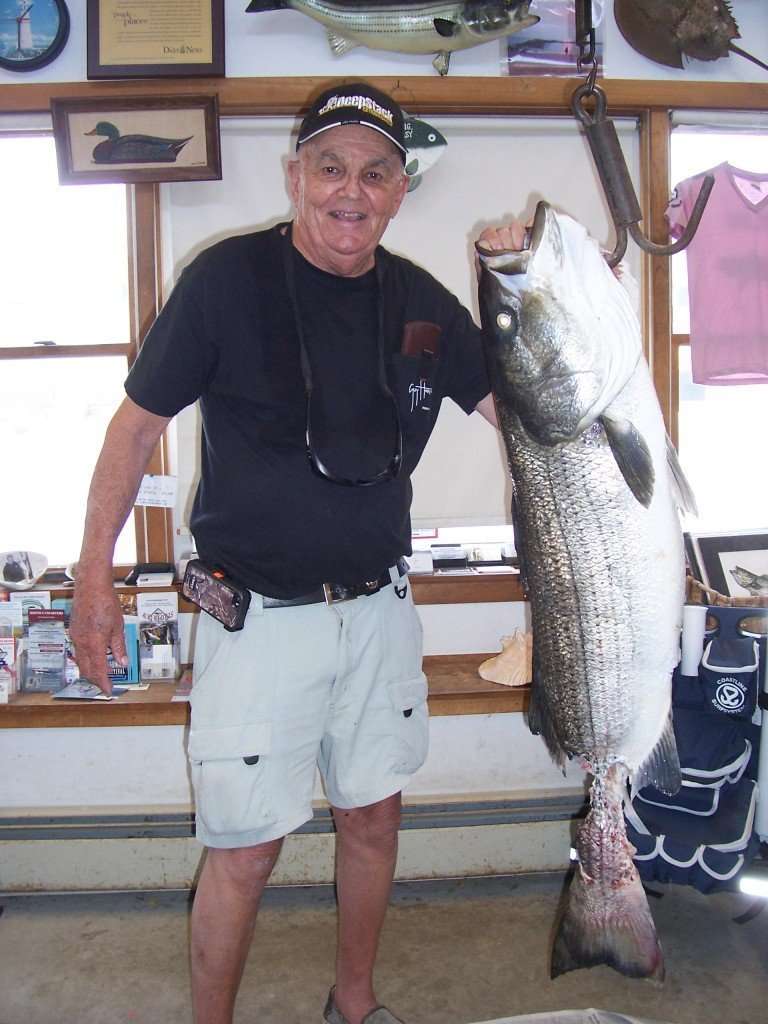 Now for a bit of history! Here is Leo on the big wall back in 1967. We have lots of pictures of the Rocco family back in the day!! 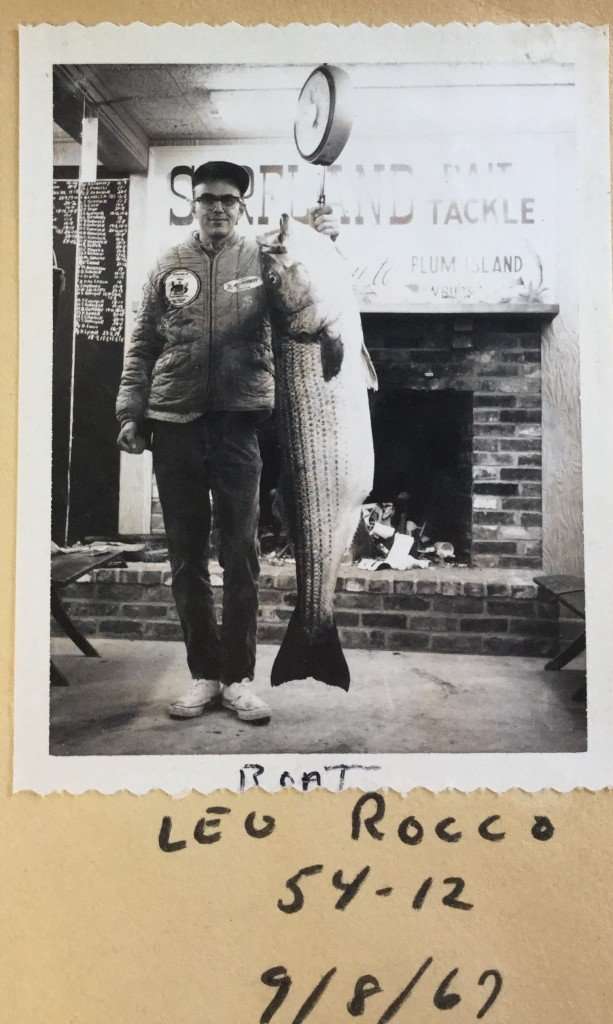