Well last night proved to be a very rewarding day for some of our Plum Island fishermen. Last night we had Anthony Ostrander in with his big catch of the day……..a 25-4 cod fish that was taken out at Jeffrey’s. Him and his dad headed out at 3:30 in the afternoon to have a “quick trip” in search of cod. They said that the had a very productive day with the cod. 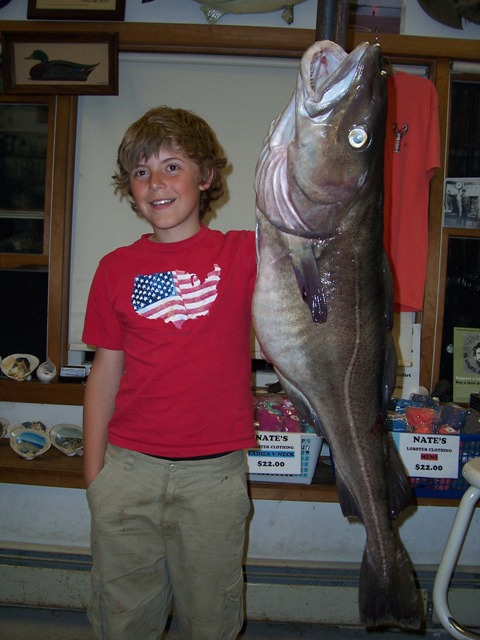 Next in were two crusty barnacles that went out in the boat for high tide. These guys headed outside the mouth to the salisbury side of the north jetty. Big blitz just before high tide, it was a hugh school. They got about 8 keepers using lures. The action shut off right at high tide. Then we have Coach Bossi, who came in just before closing with this 15-2 he caught using a Hurley sandeel. George was fishing the top of the outgoing tide along the oceanfront near the south jetty. So when the action stopped for the guys in the boat did the fish head south into George? Maybe. And finally Brendan from Surfland headed out to the beach after work to fish. He walked the beach using a needlefish lure. Got one about 24 inches right away at the top of the outgoing and then another closer to the bottom of the tide about 27 inches. All in all I’d say that it was a good day for Plum Island. 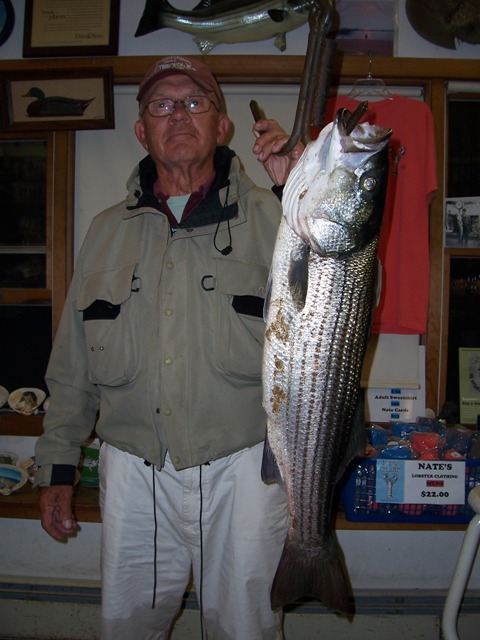