May 4 – Fishing Good for the Devoted

Weather’s been lousy for the last few days, but the fish don’t know that. We got this note last night and a pic to go with it.

My name is Steve, I actually live just a couple houses down the street from the shop and have been posting on your site as “onelastcast”. I hit the beach or the marsh most nights after work and tonight was the best of the season thus far! Headed down to the Jetty right down the street, first cast hit a small 19″ schoolie on a 2 ounce bucktail, then switched to a 1 ounce due to dragging a ton of junk from the bottom. Next cast produced a strike almost instantly but was lost soon thereafter. Felt like a nice fish, put another cast in the same spot and was tight once again. Fish ended up measuring in at 29″ and was released…pic is attached!
.
Hope to be sending lots of good reports in the future!
.
-Steve 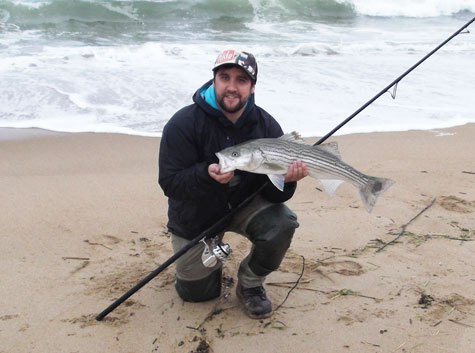