Well the morning has started off with a few fish along the oceanfront. Ken Page from Raymond, NH pictured here caught his 9 and 10-4 using worms. 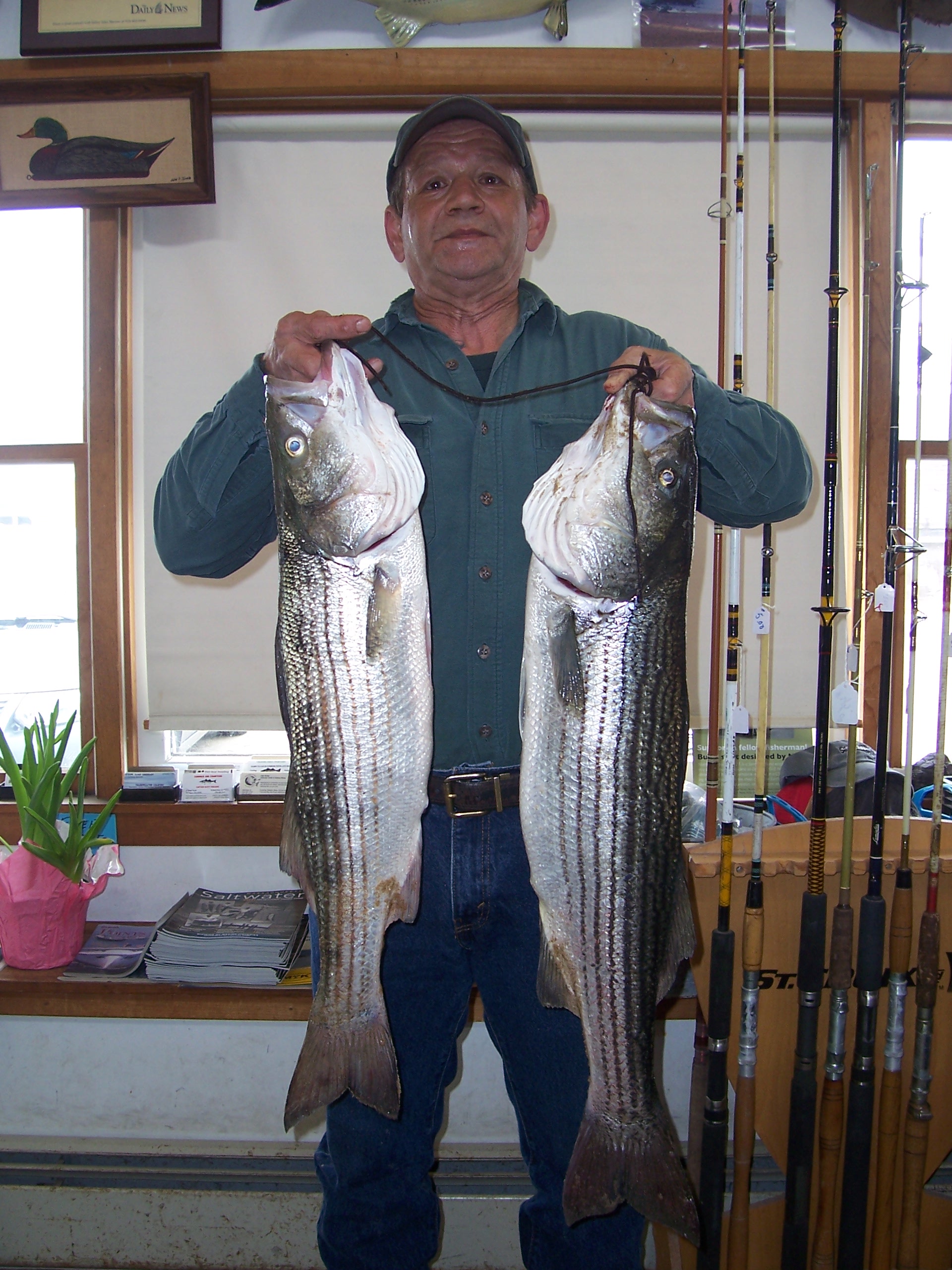 We were also happy to see Jamie “Skate Slayer” Graham in today with his prize from this past winter. His catch weighed in at 13 pounds. He also named his little sea creature Maggie. Congrats Jamie!

We also were witness to Maggie’s grandpa singing a lullaby (unknown to him he was being recorded on iphone)but decided we better not post it, he was out of tune! Plus the buggy guys would of had a field day with this!!! 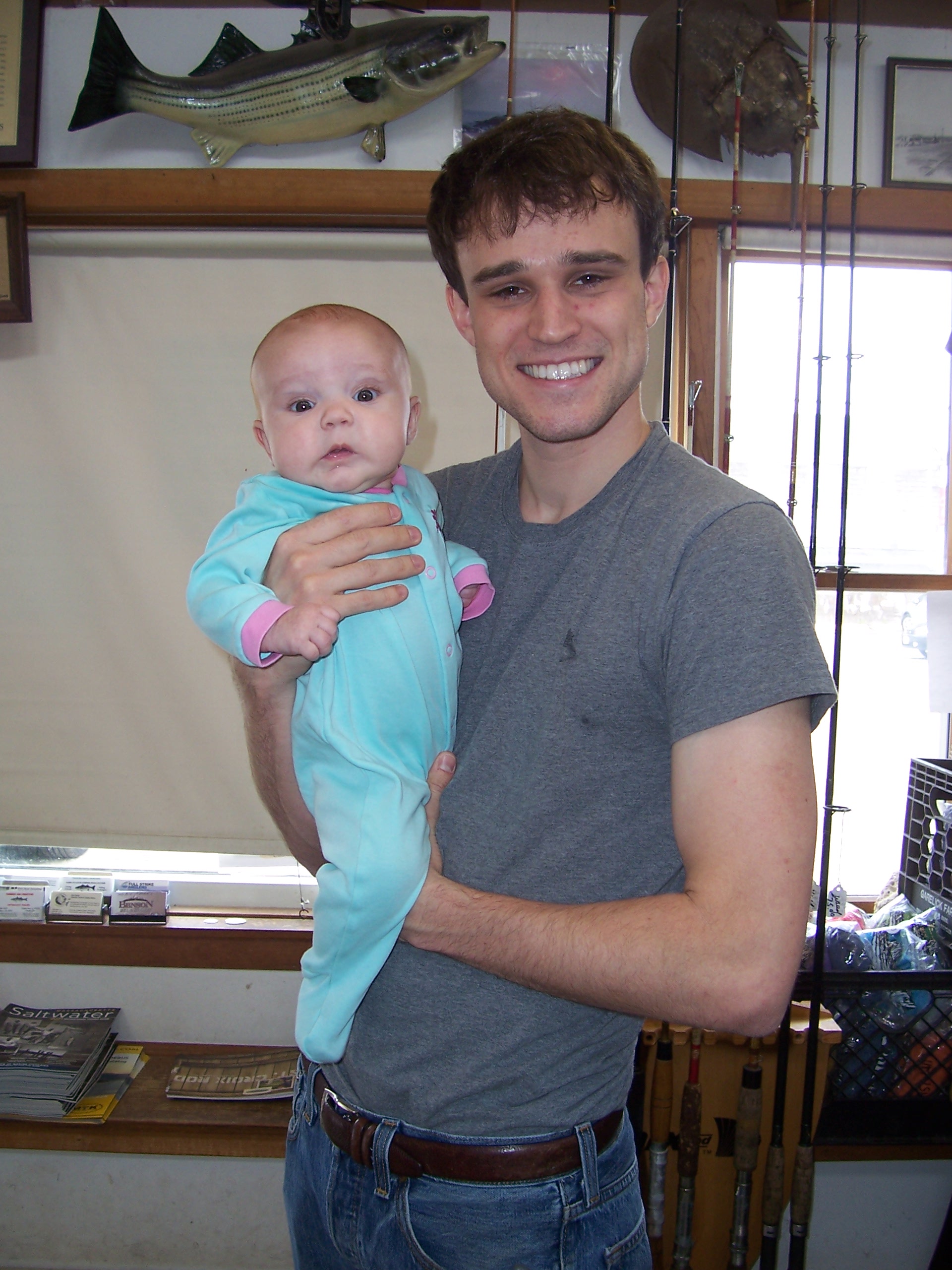 Also just in was Jacob Power from Westford, Ma. Jacob is a juniors memeber of the Plum Island Surfcasters. He was in to record his catch & release that he caught on worms. Congrats Jacob! 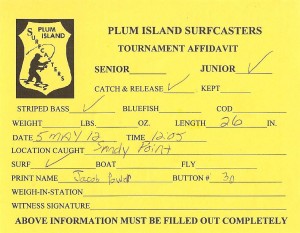