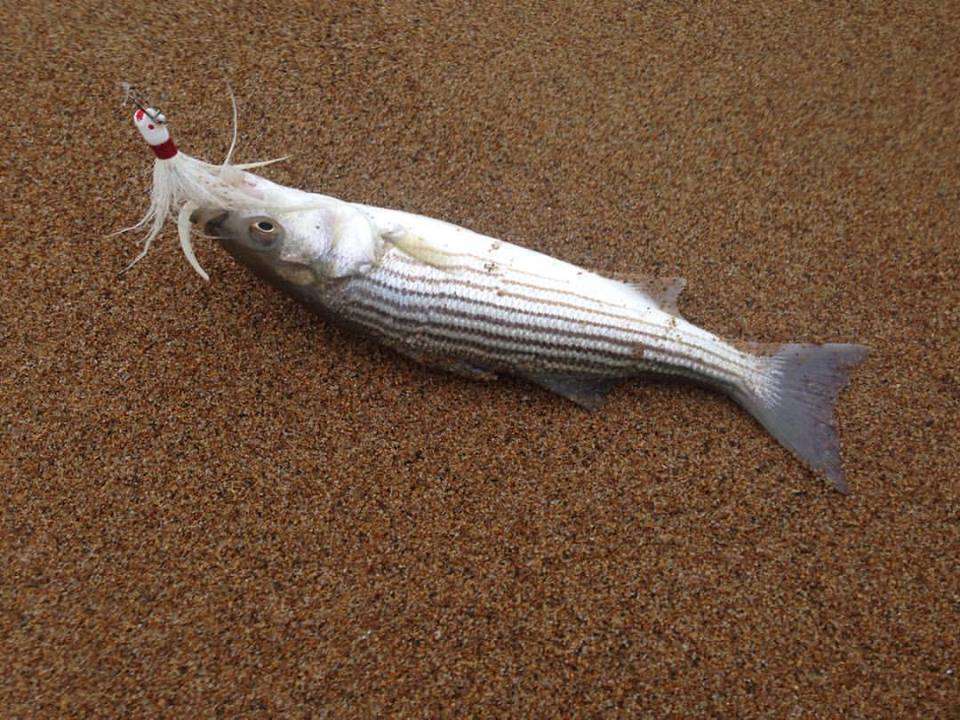 Posted at 16:33h in Catch and Release by Liz Cowie 1 Comment
0 Likes

The week started off not too bad for the fisherman on the island. Midweek we had a few guys around fishing the oceanfront with bucktails and soft plastics.Island boy Jeremy caught his first fish of the year on a bucktail fishing the ocean frontduring the bottom of the tide into the incoming.  Look at the size of the bucktail! These little guys are hungry and grabbing at the bigger stuff also.  Bob and John also were out the same day Jeremy was and did well on bucktails and metal.

Peter H called us to let us know that he caught a 28″ on Crane’s using a bucktail, but that was the only fish he got. We have the guys that fish in Lawrence and Rocks Village reporting  to us that they have been catching schoolies mixed in with the shad. And, then the back rivers around  our area, Parker, Plum, and Ipswich, are all producing little stripers.

Then this blasted Nor’easter had to show up. It certainly has churned up the ocean that is just today starting to calm down. You wouldn’t even know it was springtime with the weather we have been getting. But the weekend looks a bit better and the beginning of nest week even better. So, time to get fishing!  It will all break open next week, so be ready!