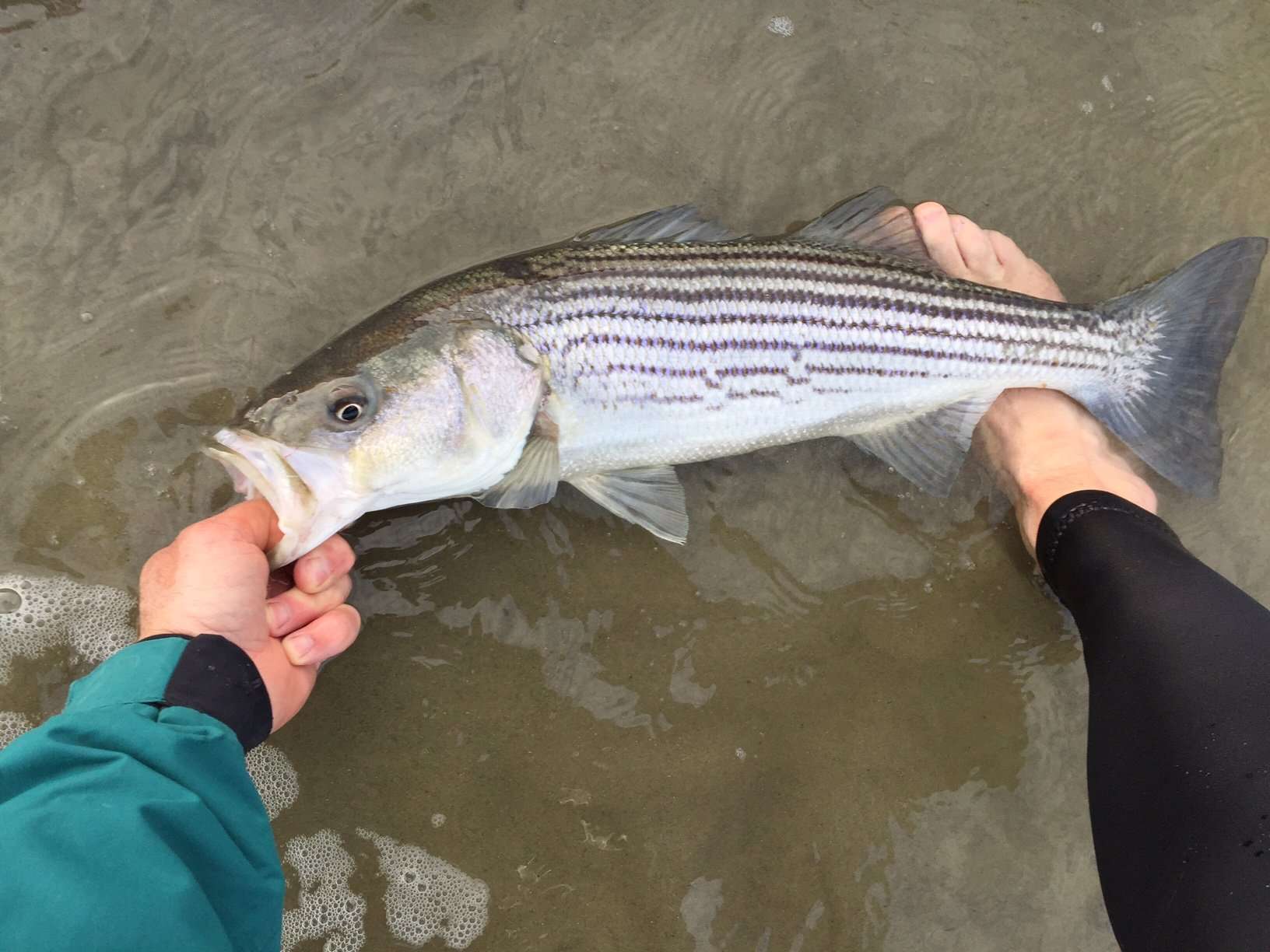 This weather sucks! It is raw, cold, windy, wet and miserable. But that hasn’t stopped some fishermen. We have had reports of lots of micro bass in the area and also the 20″ – 29″ fish are here too! Local resident John Liss caught a 26″ striper over the weekend on a piece of metal in the river. Today we had Richard English in and told us he took his kayak out down the Rowley River yesterday during the outgoing tide and went in to the Plum Island Sound and fly fished from the banks and he caught this fish (about 24″) on a Clouser fly. He said it was freezing out there but the fish were hitting. He caught 2 in the low 20″ range and also about 10 all around the 12″ range. Also have other boaters having luck with the little fish in the PI Sound. Richard was mighty happy today when we introduced him to the Stormr neoprene socks. Now he can get back out and not take a chance of losing some toes! 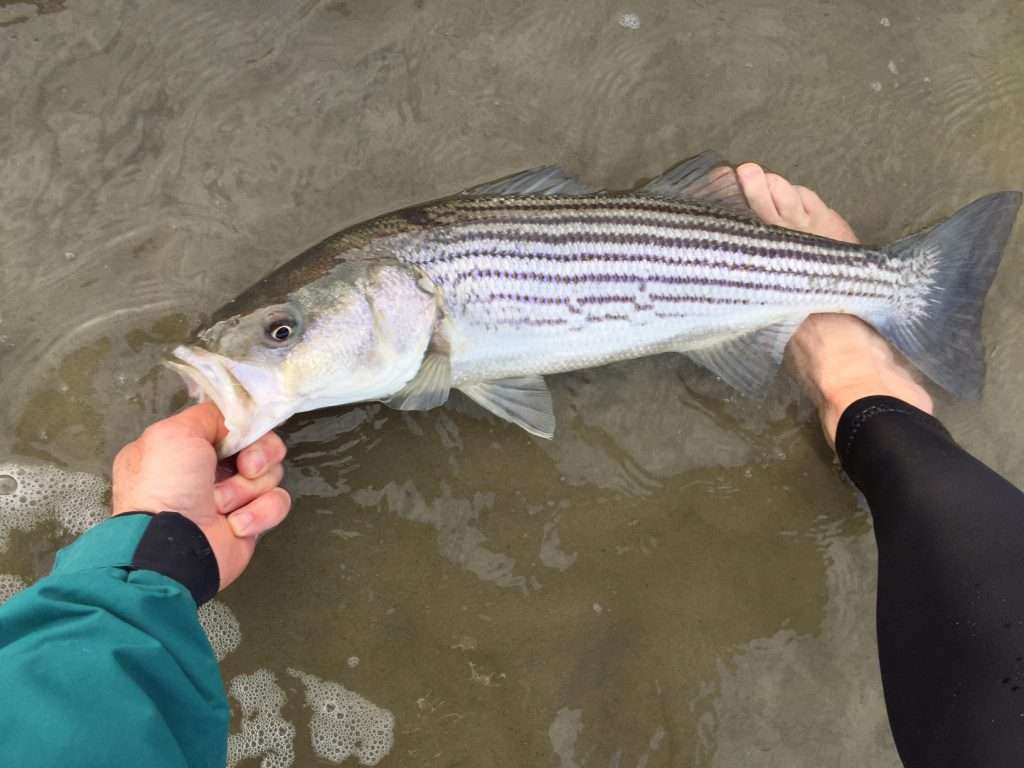 Today we have a few guys that have been around for the incoming tide and start of the outgoing tide. One of these guys is Toby who came in to report that he walked from out-front of the shop towards the jetties. He used soft plastics and bucktails and caught one fish that measured in at about 27″, 3 fish in the 25″ range and one shad off the oceanfront.

A couple of fly fisherman from Maine were down on Monday morning.  Kay sent them to the marsh edge by the bridge that goes over the Plum Island River.  They both caught fish and came back to thank Kay and get her to tell them where to go next!  Luckily, she was in a good mood and told them where to go fishing, not where to go…..

Shad fishing is hot, hot, hot up at Rocks Village Bridge in West Newbury.  Boston Dave was there this morning and landed 6.  However, the “Shad King” is Eric Roach.  Everyone comments on his casting ability and how many more shad he catches than everyone else.  There have also been some schoolie stripers caught up there as well.  Further up river towards Methuen and Lawrence, there are stripers and shad being reported, but the water is still too high to effectively cast for the shad.

The Plum Island Surfcasters Junior Program did some carp fishing at Alliance Park in Amesbury this past weekend.  Three carp in the 18 pound and up range were caught.    Alliance Park is where the Pow Wow River meets the Merrimack River.  Check our Facebook page to connect to the carp story.  Schoolie stripers are also being caught up at Deer Island by the Chain Bridge.