This morning we had a few guys fishing the mouth of the Merrimac River for the outgoing tide. Carl Heise from Hampton, NH  caught this 23-12 lb striper near the bottom of the tide using a RonZ. George Bossi was also in the river fishing and he caught and released three fish in the 30″ range using a bucktail jig with a piece of pork rind, the “pig & jig”.  Some of the guys have seen swarms of sandeels inside the river so thick that it is like a black mass. Great to see so much bait.  Have heard also that the other end of the island is producing fish too. Which also means that Ipswich must have some nice fish. If anyone has a boat, time to check out the sound for some schoolies.

The oceanfront is still hot. Mostly bait, but have heard a few good stories of some bigger fish being caught with lures. Anything from the bucktail, the softbaits, metal, and top water. Teddy, a local islander had a fish straighten his hook on a bucktail.

Well, we can’t tell you much more than to come down the next few mornings or early evenings, walk the beach and throw some lures. Or if you prefer park it and soak some bait. Most everyone has gone home happy. Just have to put in the time. This weather, although some of you might not like it, it is great fishing weather. 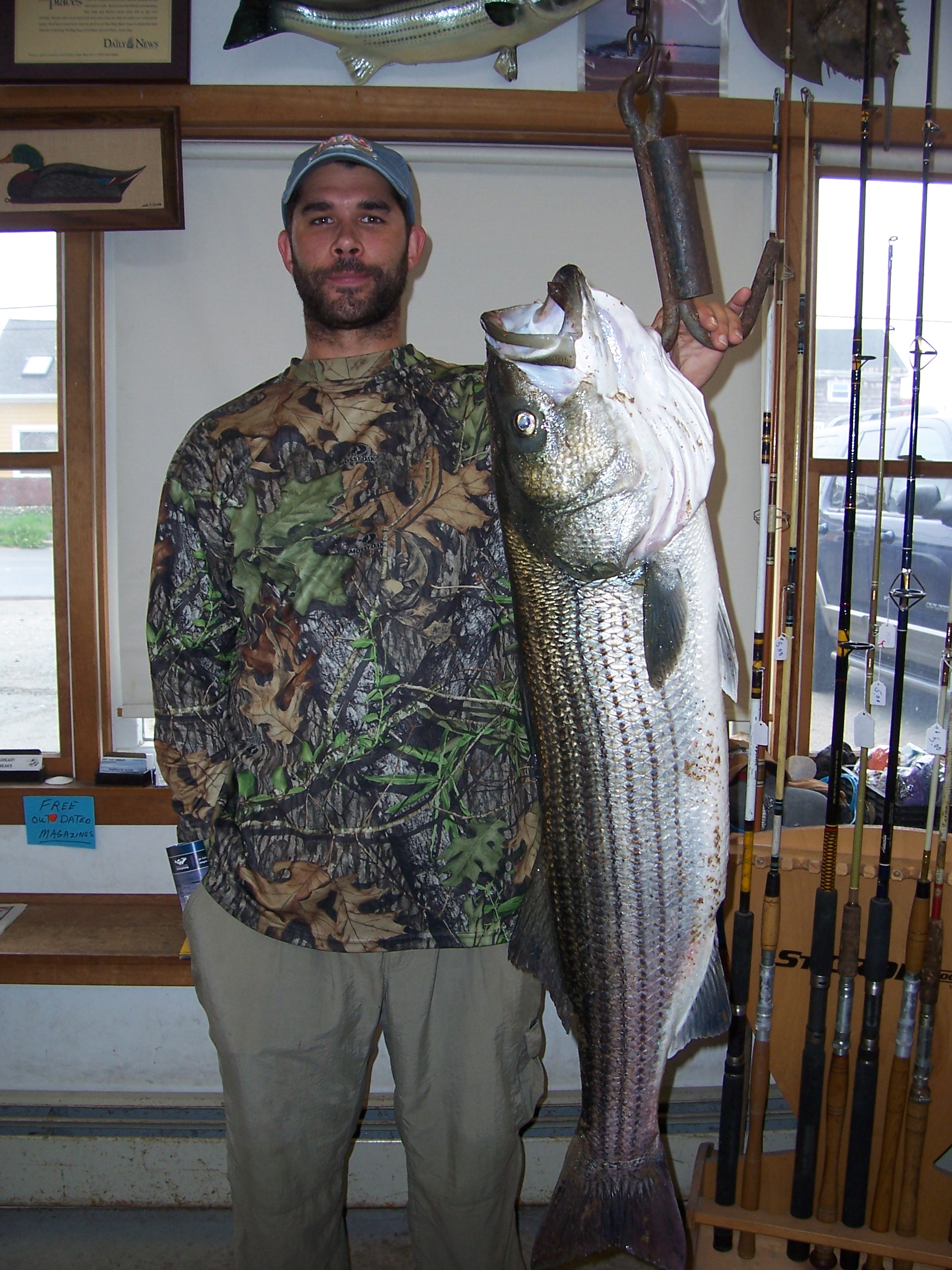